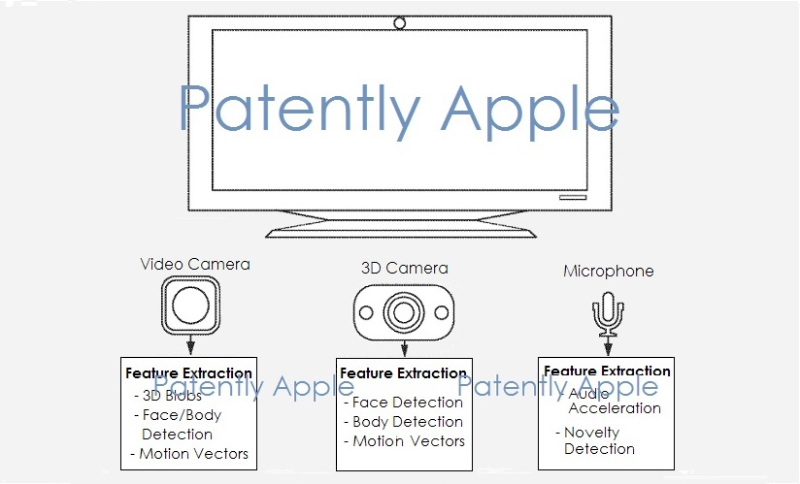 The U.S. Patent and Trademark Office officially published a series of 54 newly granted patents for Apple Inc. today. In this particular report we cover an advanced facial recognition system for the iMac. The patent in-part derived from the acquisition of Sweden's Polar Rose back in 2010. Other patents from the former CEO Jan Erik Solem may relate to a street-level mapping system and automotive AI Systems powered by computer vision. Whether the latter patents were a part of the original acquisition is unknown at this time.

Apple's newly granted patent covers their invention relating to devices having computing capabilities and, more particularly, devices and systems for sensing the presence of a user in local proximity to the device.

Generally, one goal of the presence sensing system may be to more intelligently use technology. For example, in some embodiments, a system awake may be initiated when it is determined that a user is approaching. The system awake may include a reduced set of routines so that the system is in an operational mode faster than with a conventional power up sequence.

Apple's patent FIG. 1 is an iMac with a camera that could sense motion; FIG. 10 illustrates frames being divided into window for single frame motion detection; and FIG. 12 is a flowchart illustrating an example method for multiple concurrent asynchronous sensors being used to determine a probability of a user being proximately located to a device. 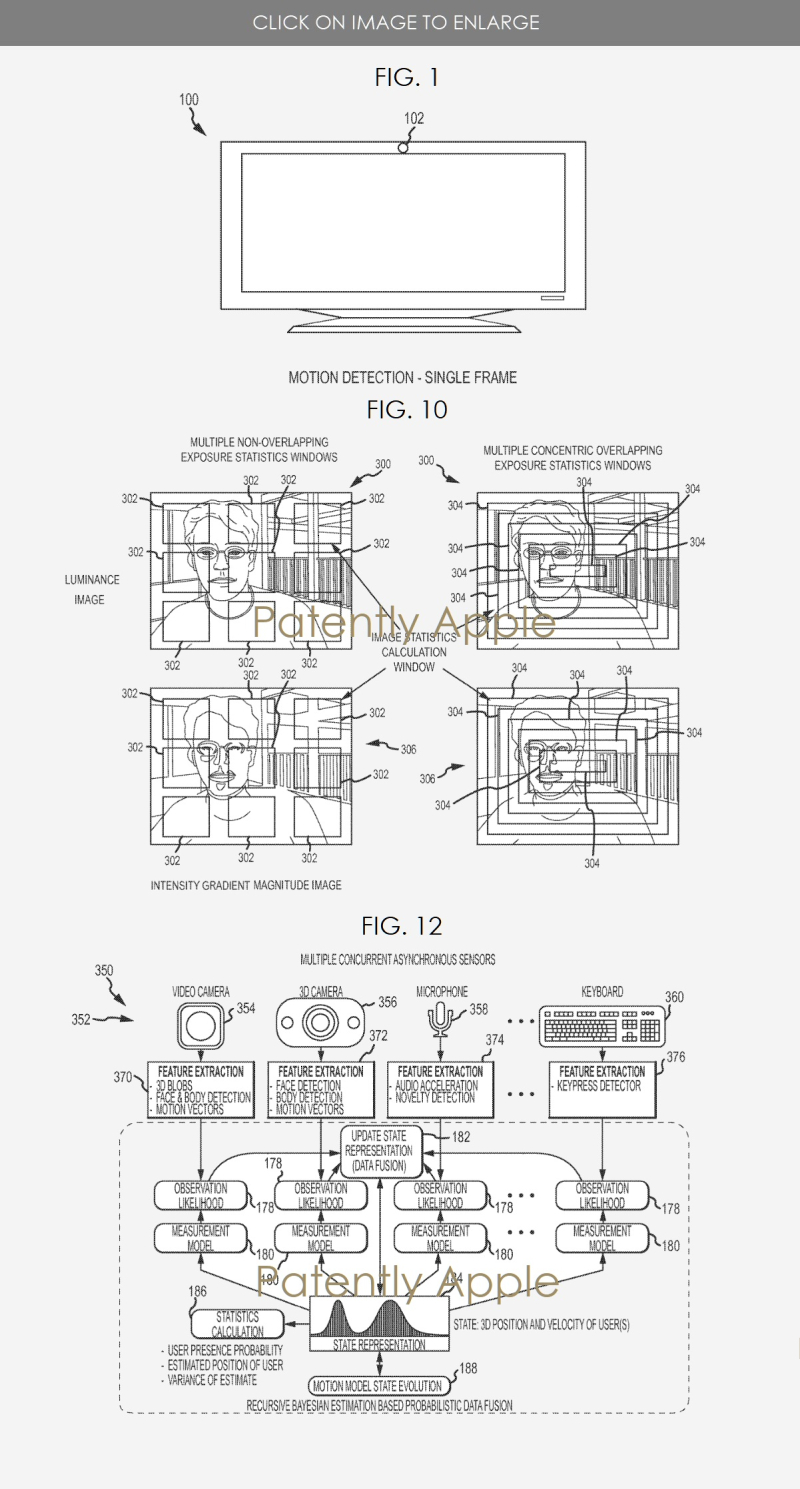 Apple further notes that although cameras and light sensors will be generally used with respect to the presence sensing, it should be appreciated that other sensor types may be implemented as well, such as ultrasonic sensors, microwave RADAR, and so forth. Some of these technologies may be utilized to determine physiological parameters when a human is in proximity to the device.

For example, RADAR may be used to detect and/or locate a heartbeat in the room. Moreover, various techniques and wavelengths of light may be implemented.

Although the patent description doesn't mention it, Apple's patent claims clarifies that the camera will be one that could capture 3D images.

Apple's granted patent 10,372,191 was originally filed in Q2 2011 and published today by the US Patent and Trademark Office. Patently Apple first covered this invention back in 2012 titled "Apple Advances their Multi-Level Presence Sensing System." See our detailed report here.

While a partial list of inventors from Apple are listed below, it should be noted that one of the inventors is Jan Erik Solem who owned "Polar Rose" a face recognition company that was sold to Apple in 2010. Other patents from Polar Rose and Jan Erik Solem could be found in our reports as noted below:

Some of the other Apple Inventors