Apple Wins Patent for a Gaze Tracking System that could apply to a Future MR Headset, Macs, iDevices & beyond 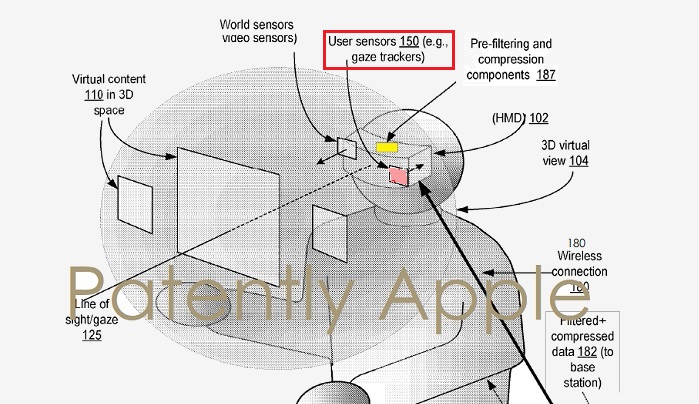 The U.S. Patent and Trademark Office officially published a series of 52 newly granted patents for Apple Inc. today. In this particular report we cover a single granted patent relating to a gaze tracking system for a mixed reality (MR) headset and a host of other possible devices.

Apple's invention covers electronic devices that may be provided with displays and gaze tracking systems. The gaze tracking systems is designed to gather information on a user's eyes such as information on the location of the centers of a user's pupils, information on corneal reflection locations and other reflections, and other eye position information associated with the direction in which the user is currently gazing. The direction in which the user is currently gazing can be used in determining the location on the display at which the user is focused (the user's on-screen point of gaze). The user's point of gaze on the display can be used as an input such as an input in a video game, an input in a media creation application, an input for a web browser or business application, or an input in any other suitable type of software running on the electronic device.

In devices such as head-mounted displays, the general location of a user's eyes will be relatively constant during operation, facilitating accurate eye tracking. In general, however, any suitable electronic device may be provided with a gaze tracking (eye tracking) system (e.g., a stand-alone computer, a head-up display, a portable device, etc.).

Control circuitry in the electronic device can produce a saliency map for content being displayed on the display. The saliency map may be used to identify items of visual interest within the displayed content. The saliency map may identify items such as selectable buttons, text, and other items of visual interest. User input such as mouse clicks, voice commands, and other commands may be used in conjunction with gaze detection system output in determining which objects are being viewed by a user. This allows the control circuitry to accurately determine the location of the user's actual on-screen point of gaze. 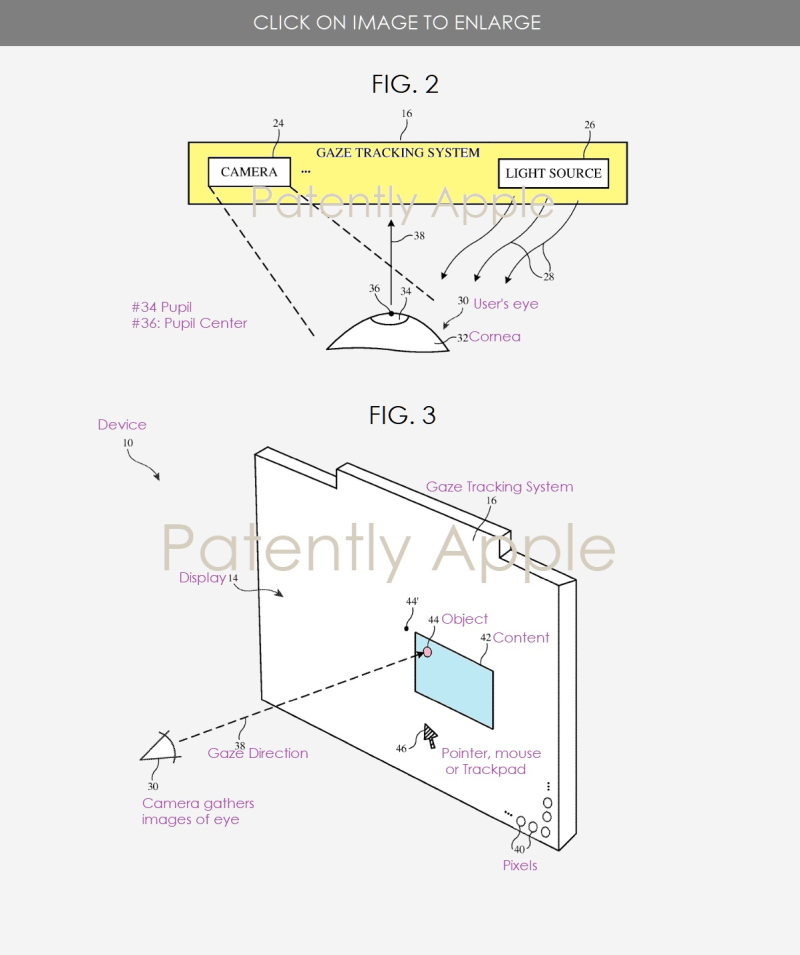 Apple's patent FIG. 5 below is a flow chart of illustrative operations involved in calibrating a gaze tracking system during normal operation of an electronic device. 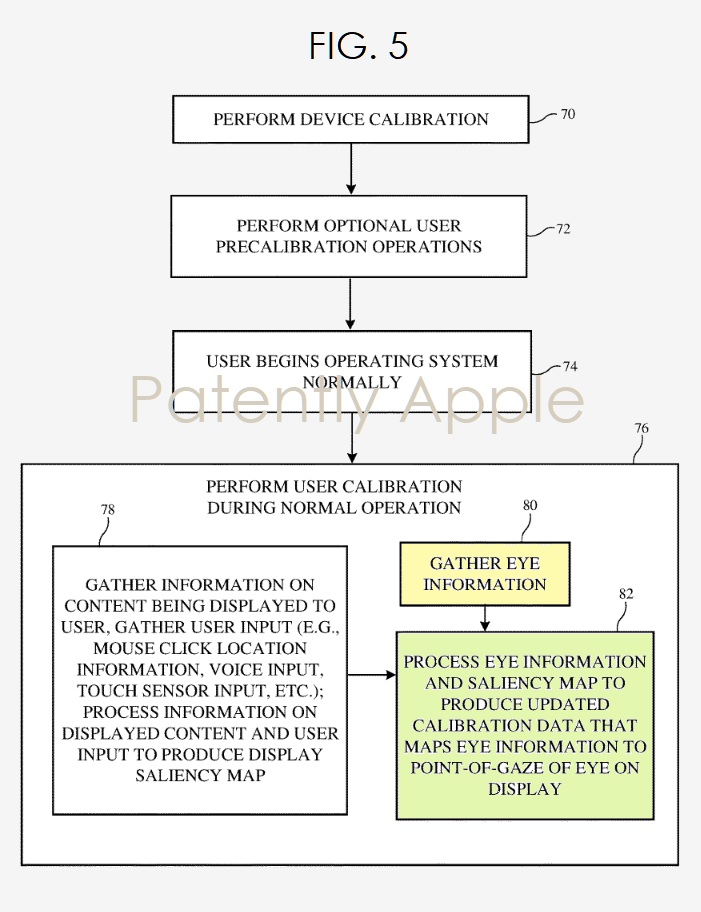 Other recent gaze tracking patents include:

01: Apple Advances Gaze Controls as a Key Input Function along with Touch & In-Air Gesturing to Control a Headset

For other patents on this subject matter could be found in our archives titled "HMDs, Smartglasses +."

A few of the Inventors