Apple Remains one of the Top Inventors by Patent Statistics

The chart published first this year was from IFI Rankings titled "2018 Top 50 US Patent Assignees" (Patent applications) showing Apple landed in 9th in the top 50 moving up two positons from 9th in 2017 even though they registered a slight 3% loss over 2017. The tech company with biggest drop in the top 20 list presented below was Google, dropping 16%. 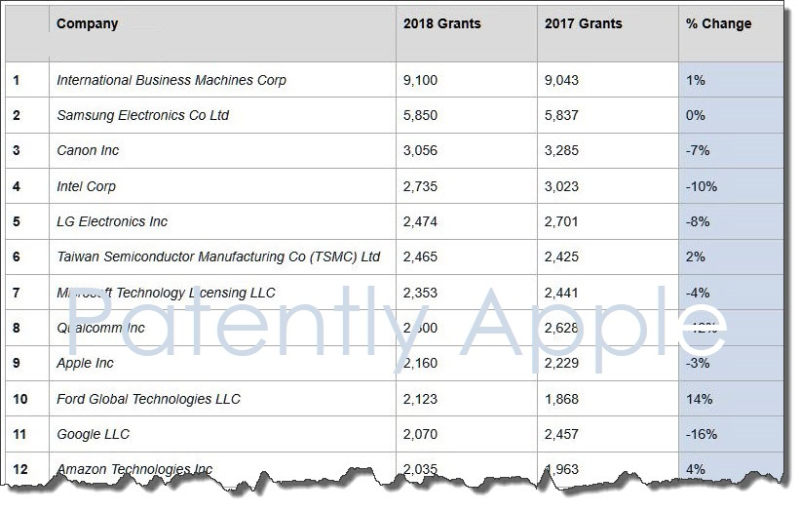 The second chart below is from Statista with data from the Intellectual Property Owners Association was published in July 2019. The chart covers granted patent rankings for 2018. Apple is shown to be in the 11th position out of the top 272 companies listed in the original chart. 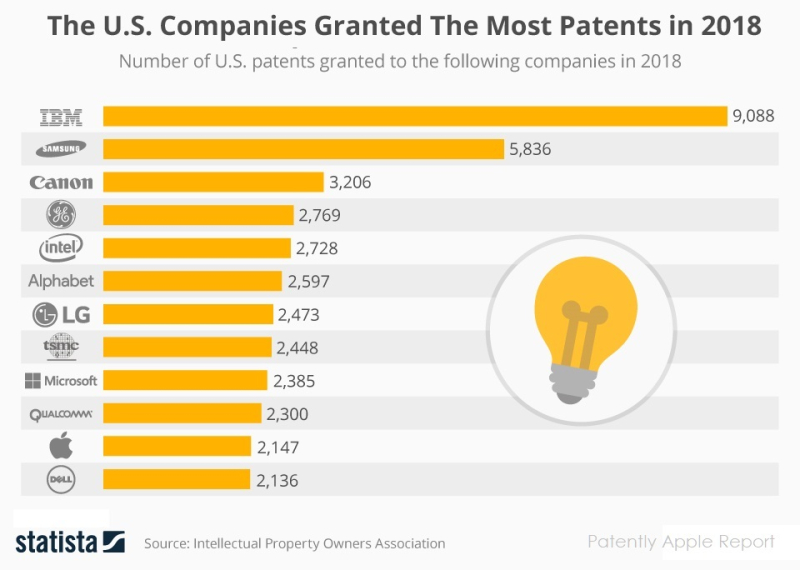