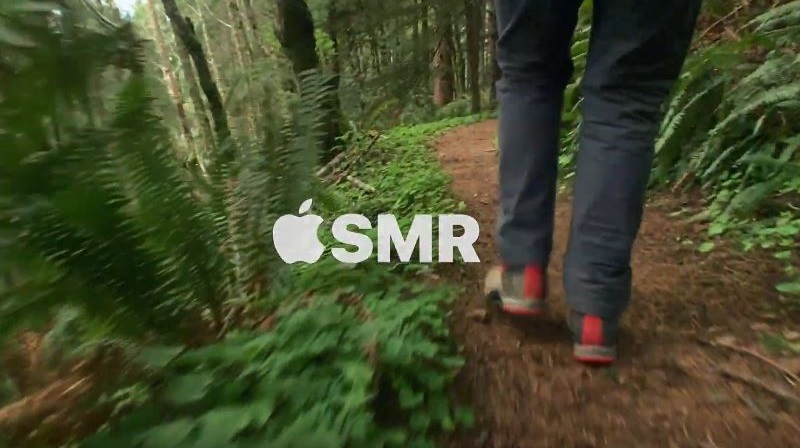 Apple released four new Ads that should never run on TV. The general public will think that Apple has lost their minds. For some reason ASMR is a new internet craze. Technically, ASMR means "Autonomous sensory meridian response." It's supposed to an experience characterized by a static-like or tingling sensation on the skin that typically begins on the scalp and moves down the back of the neck and upper spine.

According to CNBC, ASMR is a big trend on YouTube, with some channels boasting over 2 million subscribers. Fans of the videos say the soft sounds give them “tingling ” sensations and help them relax. They provided a video explaining this cult-like phenomena.

When I heard the first video below I just that it was interesting to note that recording a video on an iPhone XS and XS Max was great at picking up surrounding sounds. Apple states under each video: "ASMR, shot and recorded on iPhone, to relax wherever you are. Follow the satisfying crunch underfoot, wherever the trail takes you." Say what?

I would personally describe the loud annoying walking on gravel-crunching audio experience to be a form of torture. Sorry, no tingling here, just aggravation. Are there really brains out there that would find gravel walking or wood scraping relaxing?

And that whispering video … pure annoyance. No, it's not relaxing. Though I guess that a generation hooked on rap music could find it relaxing.  With the exception of the one ad with the rain, I find the ads sheer annoying.  Listen to all four yourself and you be the judge.

Shot on iPhone: ASMR – A Calm Rain at Camp

Shot on iPhone: ASMR – Crunching Sounds on the Trail

What's your take on ASMR? Is it a snowflake generation experience and trend? I know I'm not alone in not finding most of these ads nothing but annoying. Gizmodo's report on Apple's video is titled: "Apple's Version of ASMR Is Like Nails on a Chalkboard to Me." Gizmodo's Victoria Song introduced the videos this way: "For those of you who want to subject yourself to this nightmarish racket, here you go.

Have an opinion on this, send in your comments below.