Home Archives Contact Us Subscribe Twitter Facebook MeWe Parler Patently Mobile
Apple's €13 Billion Battle with the European Union will Finally go to Court In Mid-September
After Apple's Announcement of Investing more in America, Cook Dined with the President and First Lady on Friday 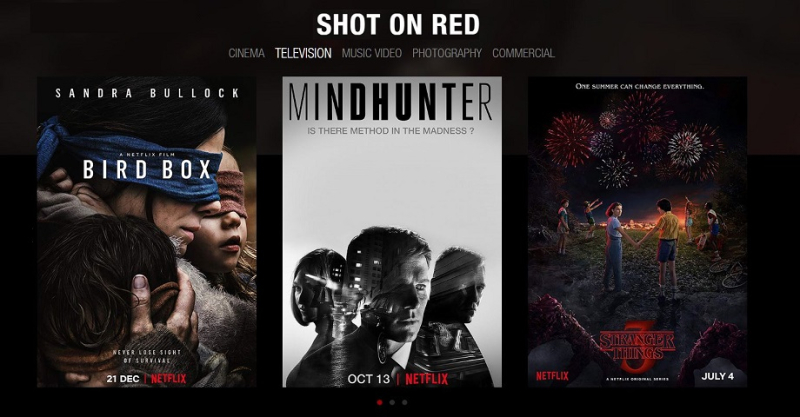 Yesterday a camera centric website posted a report about Apple having filed two petitions with the US Patent Office regarding Red Digital Camera's granted patent number 9,245,314 titled "Video Camera." Apple establishes a reasonable likelihood that the patent claims #1-30 of that patent are unpatentable.

The background of RED's patent notes at one point that "Despite the availability of digital video cameras, the producers of major motion pictures and some television broadcast media continue to rely on film cameras. The film used for such provides video editors with very high resolution images that can be edited by conventional means. More recently, however, such film is often scanned, digitized and digitally edited." 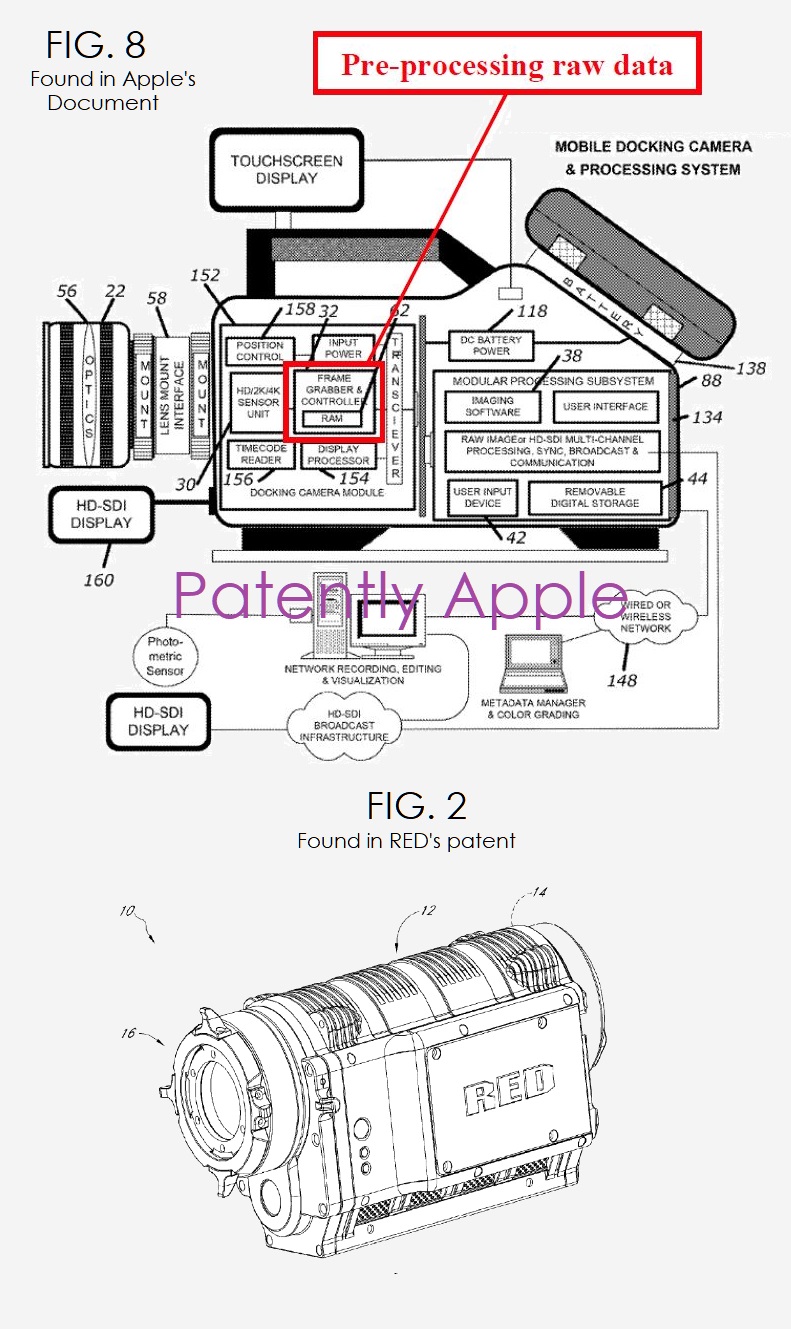 RED's patent reveals a video camera configured to output the raw mosaiced image data at resolution of at least 2K and 4K. This RED website page shows movies and television shows filmed using RED cameras and technology that is found in the patent that Apple is challenging.

The patent makes no references to the invention relating to a smartphone but rather a standalone camera. Since the introduction of the patent points to producers of major motion pictures and television broadcast media, Apple may be challenging this patent for use with cameras for filming Apple TV+ content.

In one segment of the petition Apple Legal focuses on the clarification of the terms: 1) Raw Mosaiced Image Data, (2) Demosaiced Motion Video Data, and, (3) Substantially Visually Lossless.

You could read the original reports breaking this news here: EOSHD and News Shooter.

Below are the two Apple Inc. petitions provided to the U.S. Patent and Trademark Office's patent trial and appeal board for inter partes review regarding RED.COM's U.S. Patent number 9,245,314.

Apple v. Red.com Patent Owner - Before the Patent Appeal Board by Jack Purcher on Scribd