A micro-LED Display Patent was Published in Europe this Month that could Apply to Future iDevices, Macs & More 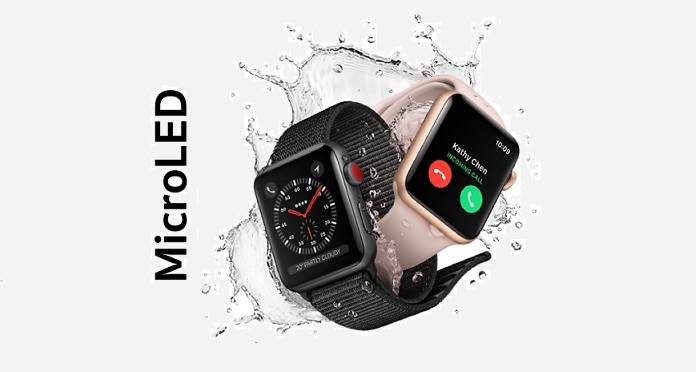 In May 2019, Apple was granted a pair of micro-LED patents based on Quantum Dot technologies.  Then in April Apple won a third patent for micro-LED displays that could be used in future iMacs, MacBooks, iDevices and even a TV. In late July a rumor surfaced claiming that two Taiwanese micro-LED suppliers had been chosen to produce a future Apple Watch with high-end micro-LED displays.

Yesterday Patently Apple discovered a new micro-LED display patent published in Europe on August 1, 2019. Apple begins their application stating that the "State of the art displays for portable electronics, computers, and televisions commonly utilize glass substrates with thin film transistors (TFTs) to control transmission of backlight through pixels based on liquid crystals. More recently emissive displays such as those based on organic light emitting diodes (OLEDs) have been introduced.

Apple's patent FIG. 1 below covers a process flow and corresponding cross-sectional side view illustrations of a method of forming a light emitting structure. 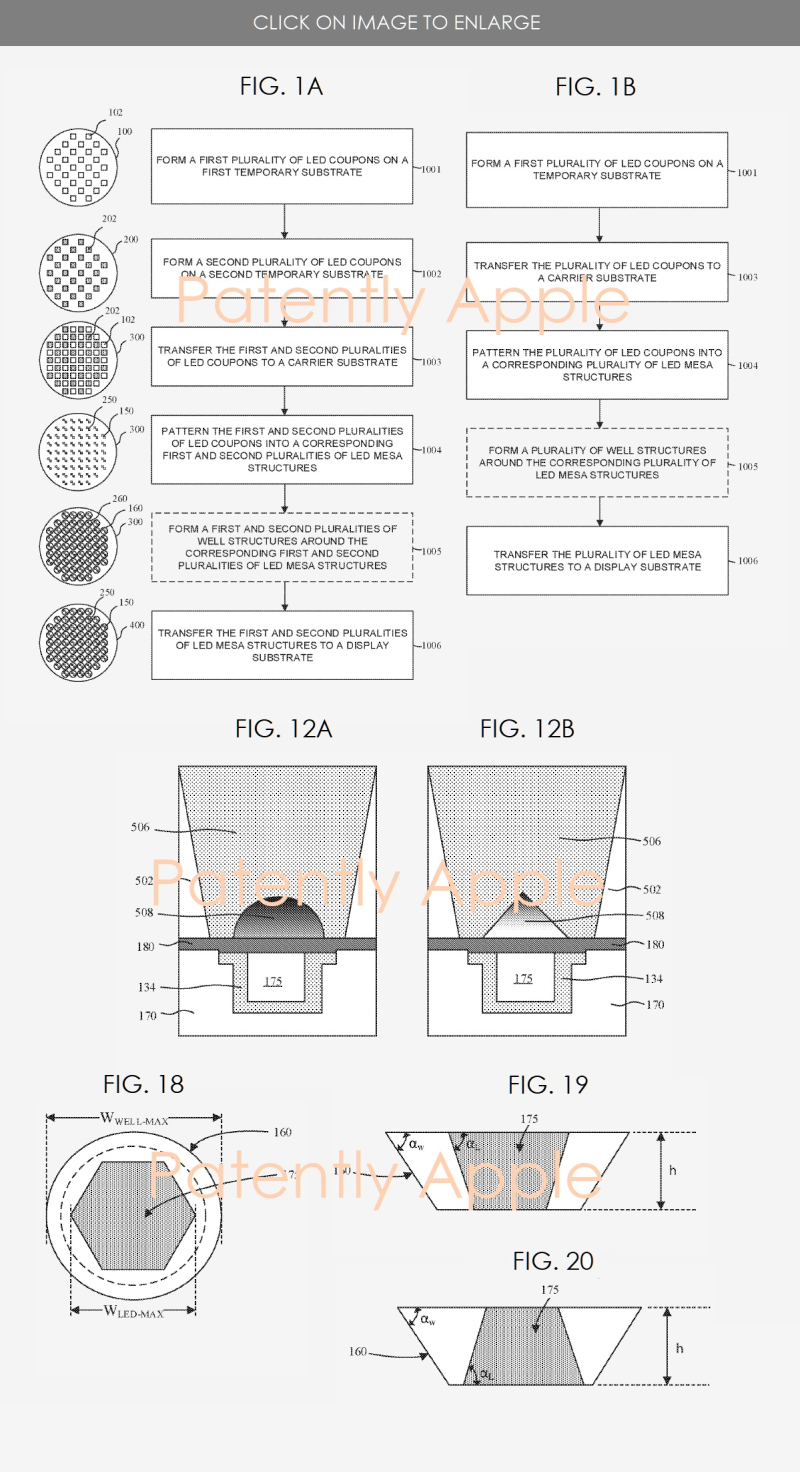 Apple's patent application WO2019147589 was published in Europe on August 1, 2019. It was filed on January 22, 2019. Some of the original work on this dates back to 2018.  Considering that this is a patent application, the timing of such a product to market is unknown at this time.

While it's not an easy read for general Apple fans, it may be of interest to industry experts and display engineers. To review the deeper details, check out the full filing titled "Micro LED based Display Panel," here.

I've never seen so many "Technologists" listed on a single patent application before.