After nearly 15 years of being on the hunt for an appropriate, highly-central location, it appears Apple has finally found a flagship store location for downtown Vancouver. Last Monday the City of Vancouver’s Development Permit Board passed the proposal for Cadillac Fairview 14,000 sq. ft., two-story pavilion retail building that will house the new Apple Store.

The Apple Store design approved will offer a double-height glass facade and a sweeping, metal cantilevered roof, with the building rotated on a 45-degree axis to diagonally orient the structure to face the Vancouver Art Gallery’s recently renovated North Plaza. 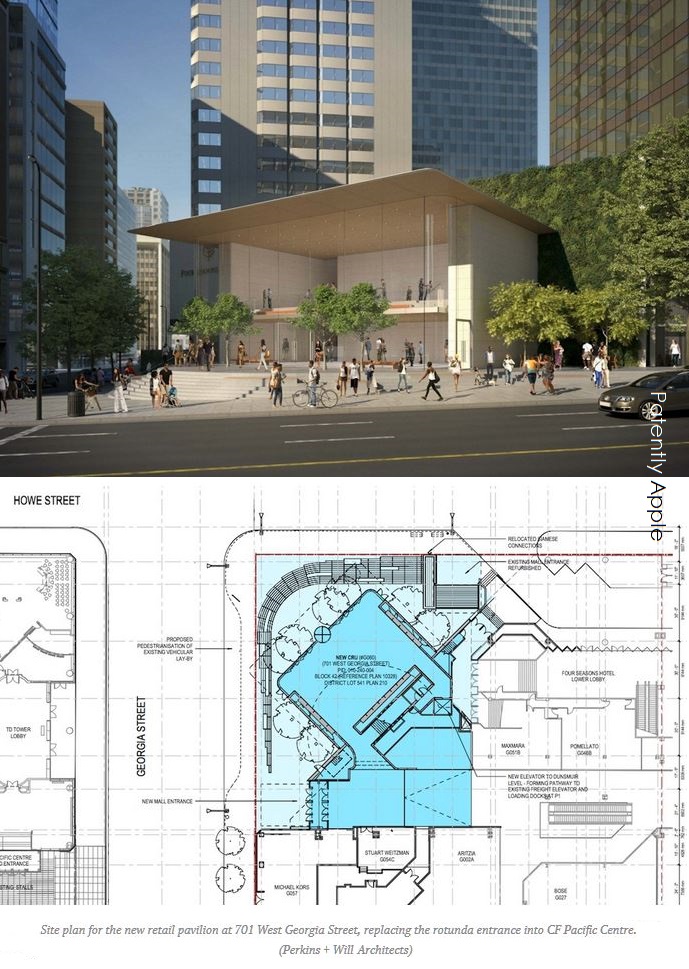 Downtown Vancouver Business Improvement Association CEO Charles Gauthier is elated about the project stating that “This upcoming redevelopment on Georgia Street will likely result in other nearby properties to seriously consider making similar investments.

Gauthier hailed Cadillac Fairview's plan by saying that it speaks volumes about its confidence in and commitment to downtown.

There were a few snags with the proposal that Cadillac Fairview will iron out and you could learn more about that in the Business in Vancouver report here.