Home Archives Contact Us Subscribe Twitter Facebook MeWe Parler Patently Mobile
Samsung will release their new M20 Smartphone with a 6.3" Display in Korea Next week for US$187
Apple may Finally add BOE as an OLED Supplier should Japan Continue to Restrict sales of Key Display Materials to Samsung 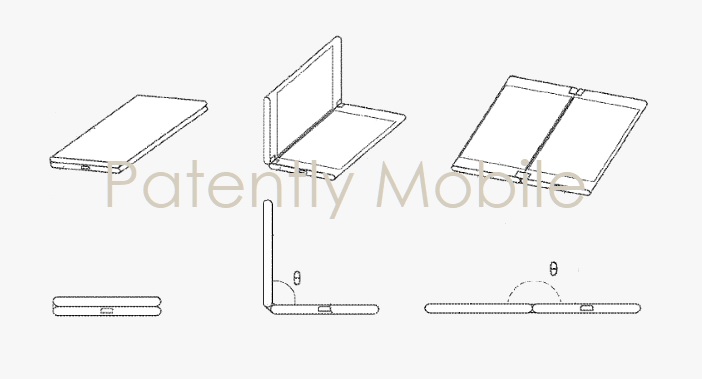 In Q2 the US Patent & Trademark Office published two folding smartphone patent applications from Samsung that illustrate a wide array of foldable styled designs being considered beyond their first version known as the Galaxy Fold. This is supported by a recent report that we posted wherein a Senior Samsung VP hinted that their Next-Gen Smartphones would be led by Foldable Devices – as in plural.

Samsung Electronics clearly has an advantage over their competitors by owning their own display division. By pushing foldable smartphones at different price points and form factors, they're hoping to put a lot of pressure on their competition.

With that said,  clearly Samsung's game plan suffered a major set-back when their first-gen 'Galaxy Fold' smartphone got off to a disastrous start when everyday use quickly led to torn screens and display issues. 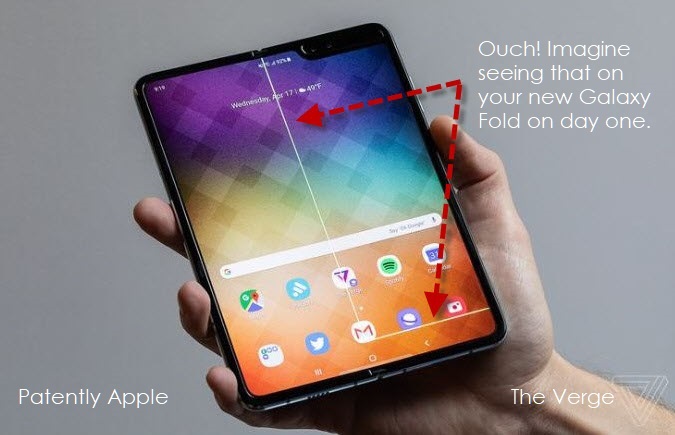 While their CEO profusely apologized last week for putting out a product that was clearly not ready for prime time, the long delay in bringing it back to market along with its high price will probably hurt Samsung with dismal sales. Other than the elite, who will be willing to put hard earned money on a first-gen device that has proven to fail so quickly?

Set-backs aside, Samsung is plowing ahead at full steam with a possible full range of foldable devices in-the-works. Our report covers two patents with variable form factors.

Our report will primarily cover the patent figures, as Samsung's patents dive deeply into the mechanics of hinges and folding systems that don't make for a fun read.

If running a word processor, the second display could provide a virtual keyboard and view the content on the broader area in the first display. 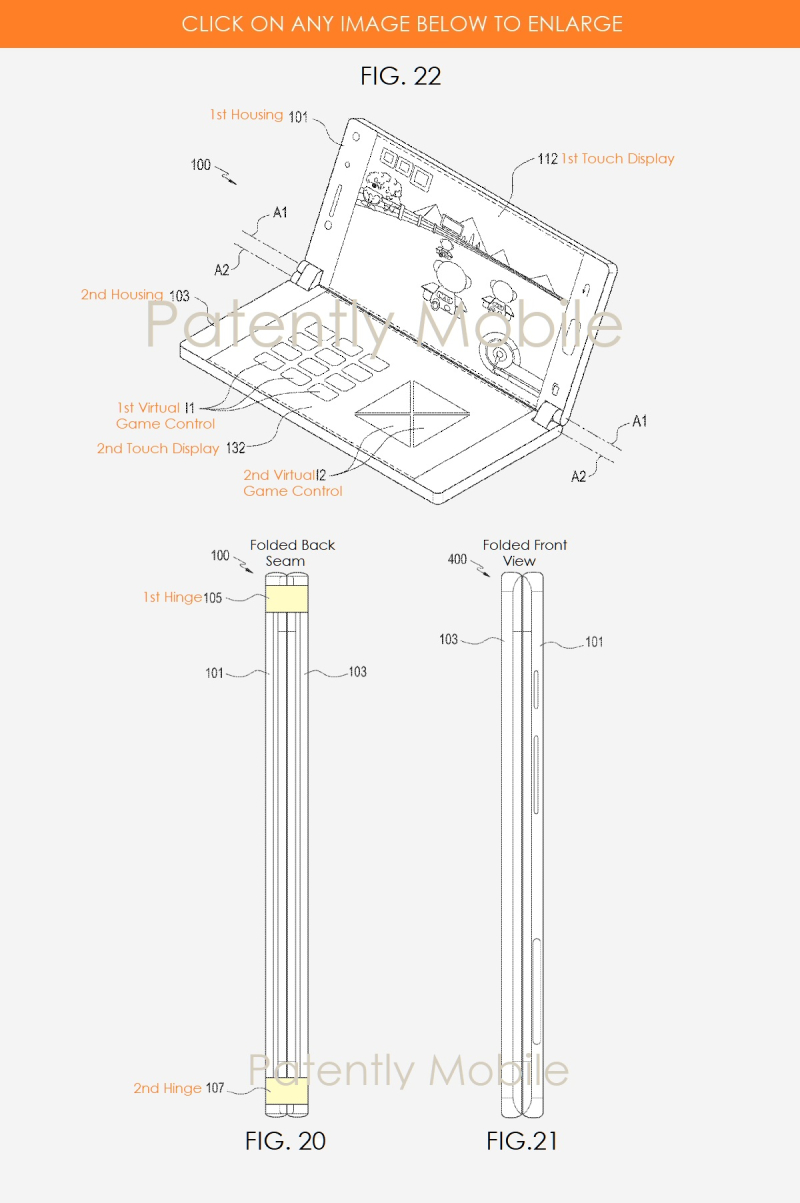 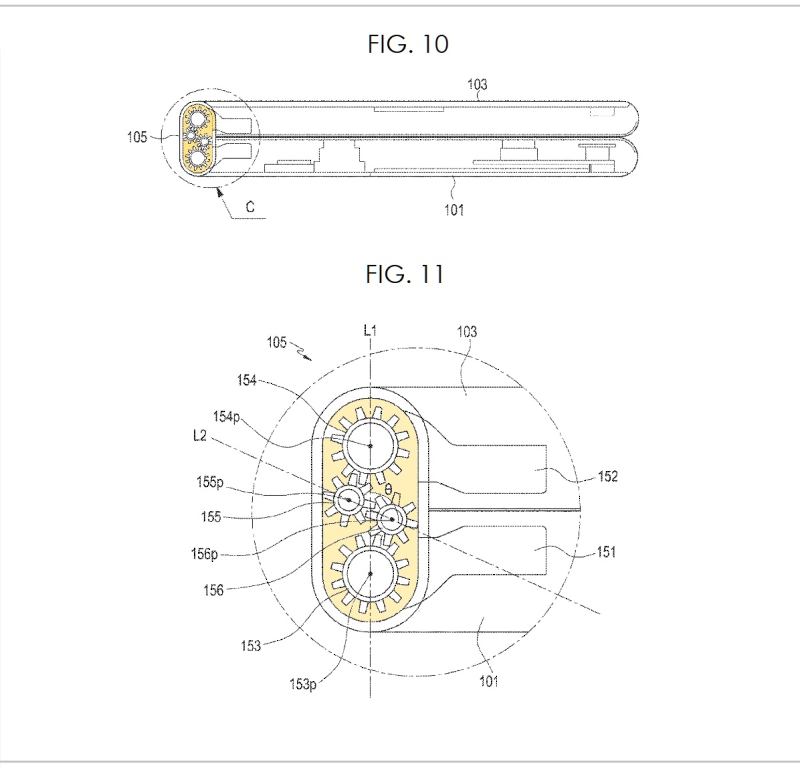 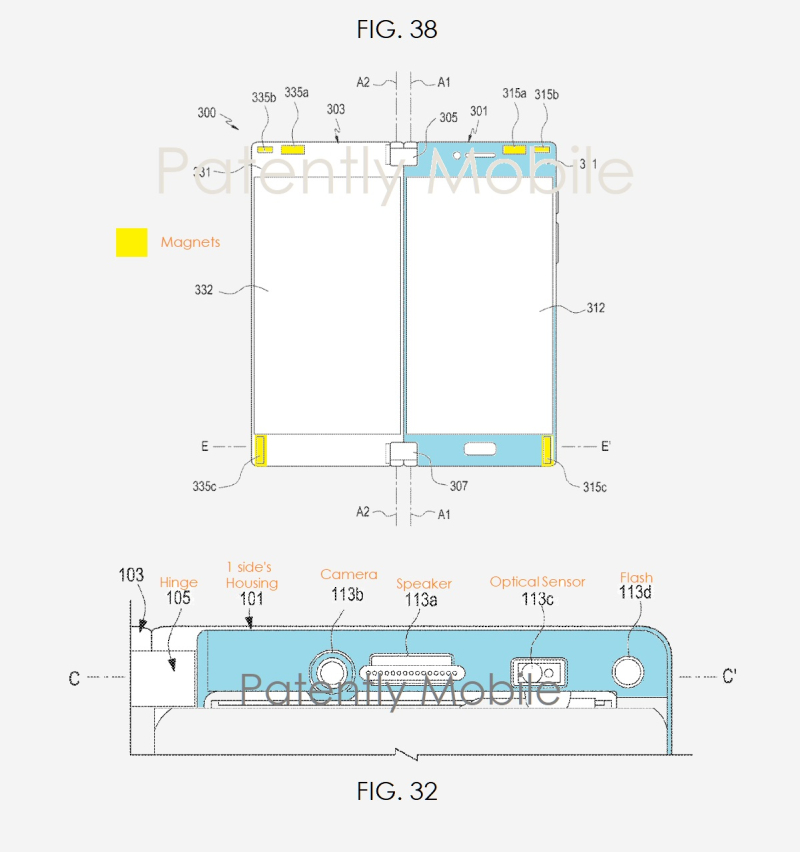 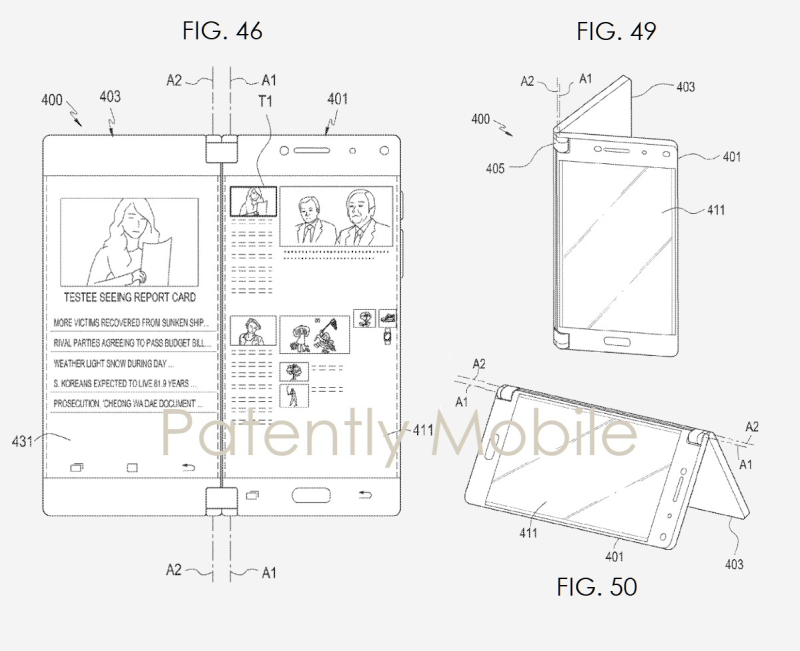 Some of the patent figures in this next round of patent figures are interesting. One patent figure shows a smaller camera hole to take up less space for a Galaxy-Fold like form factor. Another design is for a clamshell style foldable phone. Other patent figures will illustrate a large single display that is foldable like the current Galaxy Fold while others illustrate 2 separate displays geared more for the multitaskers among us. 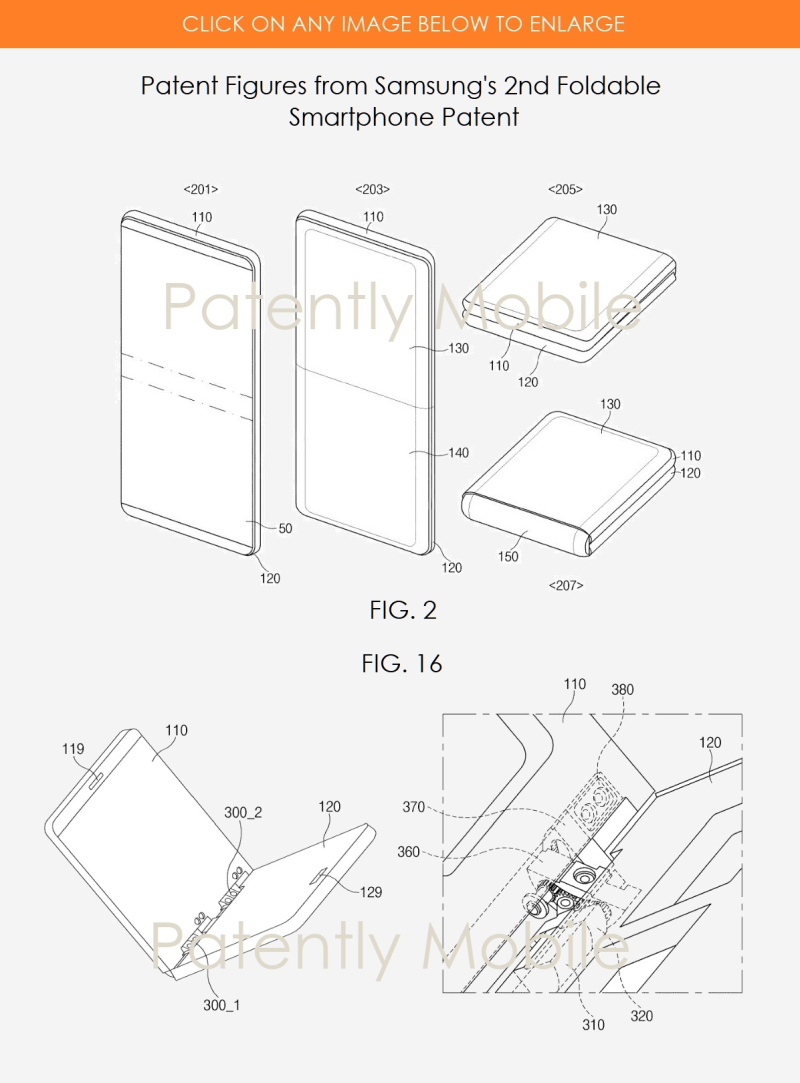 To view 5 more patent figure sets from Samsung's second patent filing, see our full Patently Mobile report here. It's always good to know what the competition is up to.