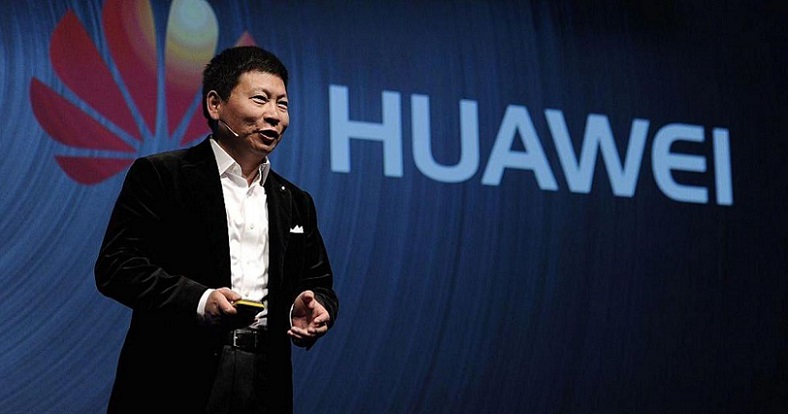 Yesterday Patently Apple posted a report titled "Huawei Posts Lower-Than-Expected Half-Year Sales & missed on Revenues. It was the first sign that the White House blacklist was beginning to interfere with Huawei's growth.

We're now learning that China’s Huawei and Google were working together on a new Huawei-branded smart speaker right before President Donald Trump restricted Huawei’s access to U.S. tech suppliers, say people familiar with the situation. The collaboration, which was suspended in May, shows that the companies were even closer than previously thought, according to The Information publication.

Before the U.S. president’s action, which was in response to national security concerns, Huawei’s plan was to unveil the new speaker at the IFA tech trade show in Berlin this September, the people said. The speaker, powered by Google Assistant, was aimed at markets outside China, and Huawei was hoping to sell it online in the U.S.

One Huawei employee told The Information that "We worked on this project with Google for a year and made a lot of progress. Then everything suddenly stopped."

Huawei has been a major Google business partner for years: Huawei phones run on the Android operating system and Huawei smartwatches use Google’s OS for wearable devices. The smart speaker project, which hasn’t previously been reported, highlights the breadth of Google’s collaborations with Huawei, the world’s second-largest smartphone maker by shipments.

Before May, the two companies also discussed other topics including how to make Huawei phones compatible with Android Auto, a Google program that connects cars with smartphones, according to the people familiar with the matter.

But all those discussions were halted as the U.S. sanctions came into effect. Since May, Huawei’s interactions with Google have been limited to meetings or calls accompanied by lawyers who ensure that any communication is in compliance with the sanctions, according to the people.

Huawei, whose global business has grown rapidly over the past decade, has become an important client for U.S. chipmakers and other suppliers. Since May, some U.S. tech companies have been lobbying the government to allow them to resume selling their products to Huawei.

The Trump administration is weighing whether and how to ease the restrictions. Last week, Mr. Trump told executives from U.S. tech companies including Google, Intel and Qualcomm that he would make "timely" decisions about whether to allow sales to Huawei, according to the New York Times and other media outlets.

But even if Google and other U.S. companies can work with Huawei again, the business relationships may not go back to what they used to be, a Huawei manager said. Since May, the Chinese company has stepped up its efforts to find long-term alternatives to U.S. suppliers by deepening its ties with Chinese and other non-U.S. suppliers and accelerating the development of its own homegrown chips, software and other technologies.

In May, days after the U.S. restricted Huawei’s access to American technology products including Android and other Google services, Mr. Yu told The Information that the sanctions created a big challenge for his business. “I can’t believe that the U.S. government has limited Android. It’s a consumer product that has no relationship to network security issues,” Mr. Yu said in a text message to The Information. For more on this, read The Information report.