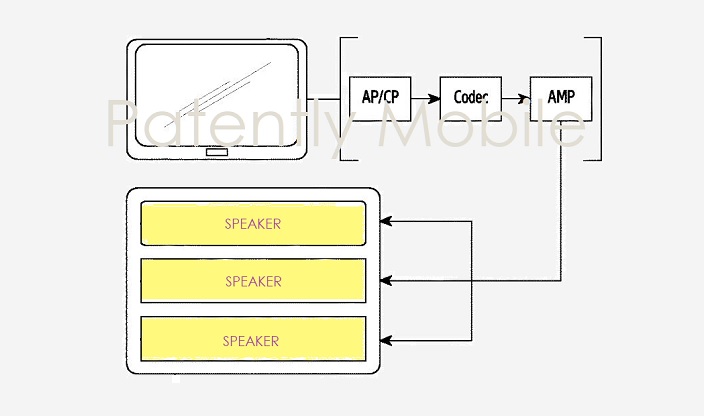 The U.S. Patent and Trademark Office published a granted patent for Samsung this week that reveals a possible future Galaxy Tab cover with built-in micro-speaker(s). Samsung also envisions a version of their next-gen cover to have 3 foldable panels that could support a clear cover so that the user could see information on the tablet display through the cover.

According to Samsung, the speakers could be any one of a film speaker, a vibration speaker, a piezoelectric speaker, and a thin micro speaker. 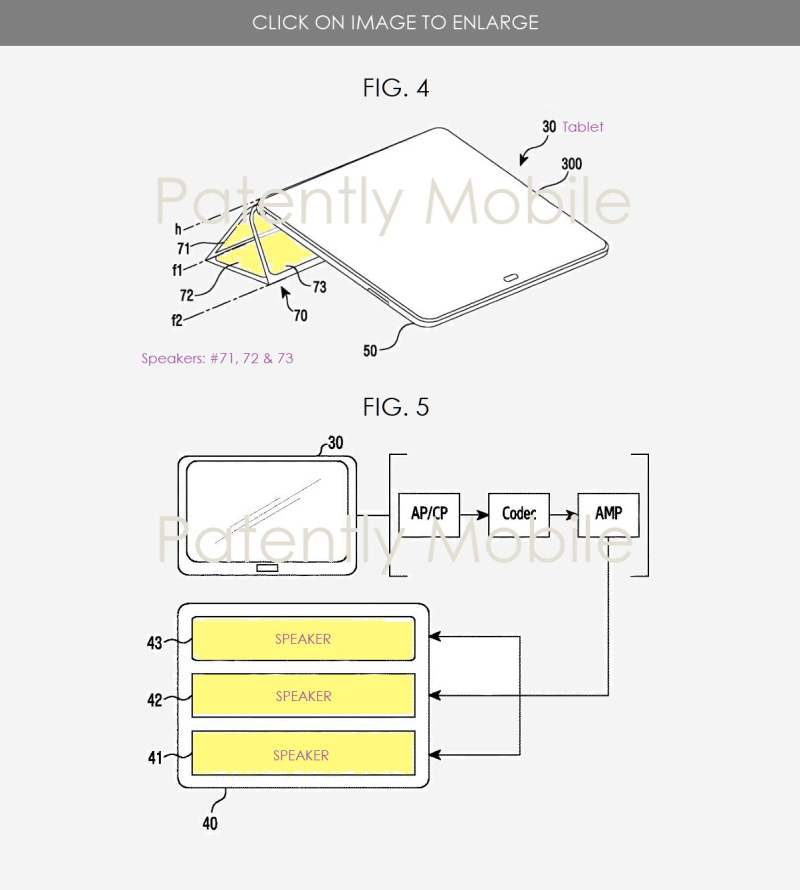 Samsung's patent FIG. 8 below is a diagram illustrating a state in which the exterior cover protects a display of the electronic device and includes film speakers that emit sound to correspond to multiple screens.

More specifically, Samsung notes that in patent FIG. 8, at least one of the speakers, which are provided in the exterior cover (#40), may be made of a transparent material, a translucent material or an opaque material.

Further, when the exterior cover is made of the transparent material different screens may also be watched on the speakers through which a display is seen, and different sounds which are associated with the screens, may be emitted through the speakers, respectively. 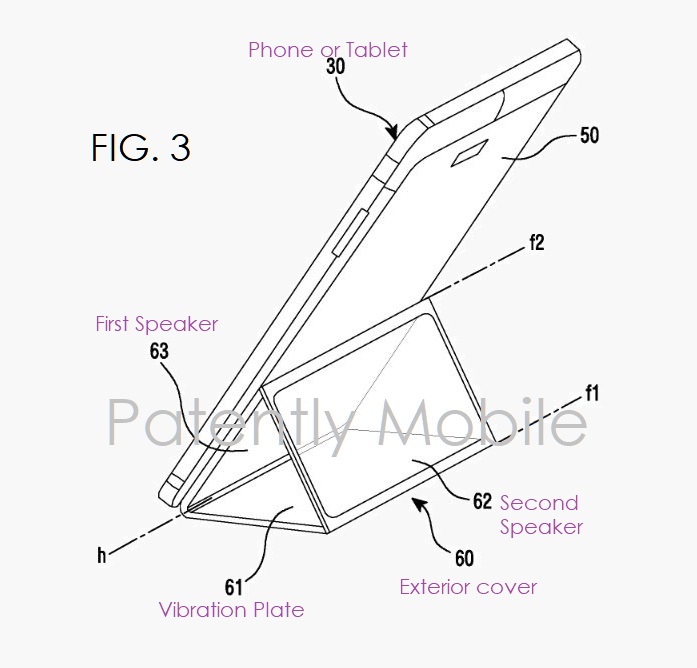 Samsung's patent that was granted this week was originally filed in Q1 2016.