Samsung will release their new M20 Smartphone with a 6.3" Display in Korea Next week for US$187 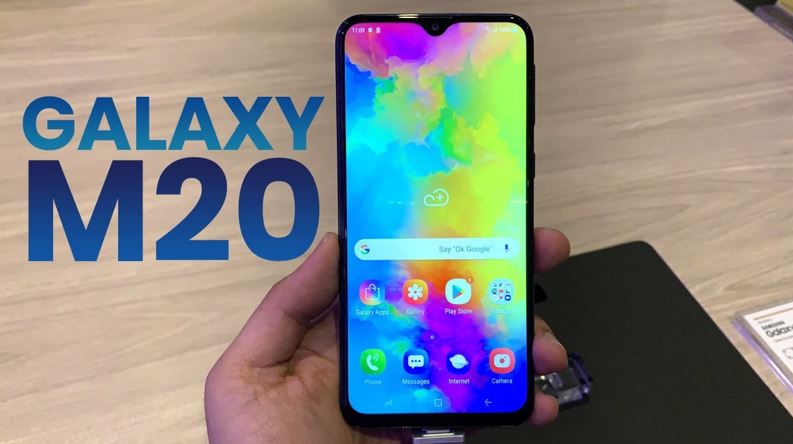 Last Friday Patently Apple posted a report titled "LG's Operating Profits fell 15% in Q2 While Samsung's Plunged by 56% on Weak Semiconductor Sales." With two back-to-back disastrous Quarters, Samsung is now going into hyper-mode in an attempt to drum up quick sales to keep their display machinery humming and to fight back the competition.

Samsung just announced that they will launch a low-end Galaxy smartphone branded the M20 on July 15 that for now is limited to the S. Korean market. The phone will sell for 220,000 won or US$187 and be sold through Samsung’s online mall and other e-commerce marketplaces, including Gmarket and Auction.

Samsung first introduced this new brand in India in February to go head-to-head with Xiaomi that had overtaken Samsung in India. The phones were naturally a hit with young consumers.

With their success in India Samsung is now bringing the phone to Korea. Whether Samsung will offer it later this year in China or other markets is unknown at this time. It's likely going to be limited to emerging markets.

For US$187 customers in India and now Korea will get a smartphone with a 6.3" display with a minimum bezel that packs a dual camera, offering an affordable yet still capable package.

GSMArena has it listed with more specifications – but I'm not sure if the Samsung model going on sale next week will cut corners because of the entry price.