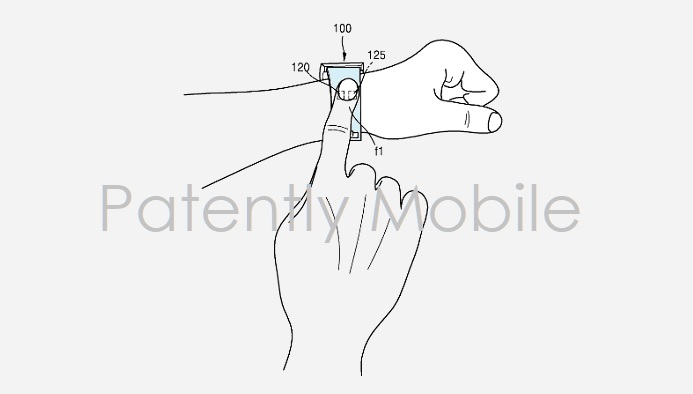 The U.S. Patent and Trademark Office published a granted patent for Samsung in mid-Q2 for a body composition measuring device that may eventually be introduced in a future version of their Galaxy Watch Active. Samsung is trying to compete with Apple Watch and Tech Radar posted a report just yesterday claiming that Samsung may add two major Apple Watch 4 Features with an ECG being one of them.

A body composition measuring device, which is a sort of health care device, measures body composition using a bioelectrical impedance analysis (BIA) that obtains a ratio between quantities of fat and moisture by using the flow of low-energy alternating current (AC) waves based on an electric resistance difference between adipose tissues and non-adipose tissues.

Body fat in the fitness industry is often a controversial topic. However, with the right tool, measuring body composition can be a powerful way to engage individuals with a personal training program that demonstrate progress. Gym clubs use bioelectrical impedance analysis and it's done with bulky equipment. You could learn more about this here under #3 for BIA.

Samsung granted patent covers a simplified BIA system for a future watch.  This is just one project that they hope will help them compete with the many health related features found on Apple Watch today which dominates the wearables sector by a wide margin.

Samsung's patent FIGS. 1A and 1B below are perspective views of an appearance of a wrist-wearable body composition measuring device according to an exemplary embodiment, showing an outer surface and an inner surface of a strap, respectively, 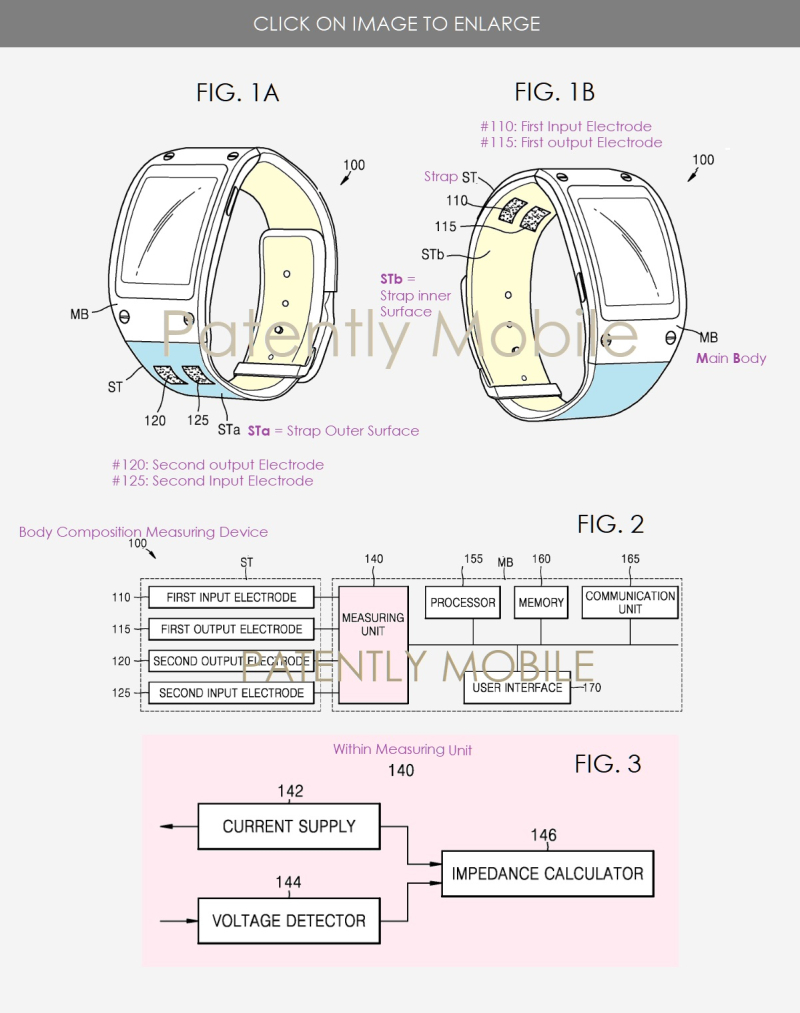 Samsung's patent FIG. 5 above schematically shows an equivalent impedance of a subject in the measurement posture of FIG. 4. 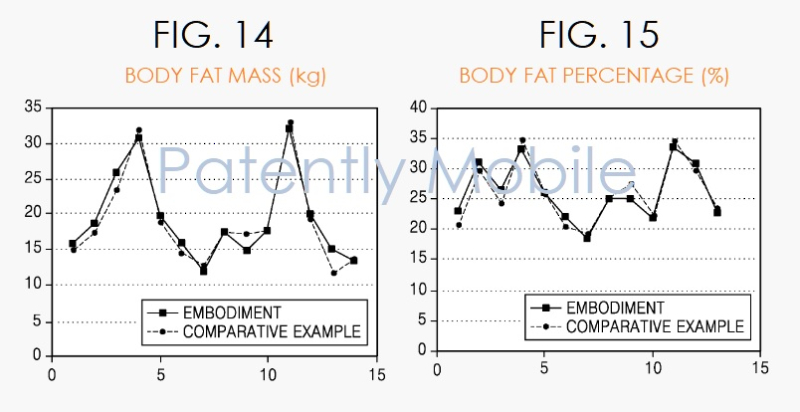