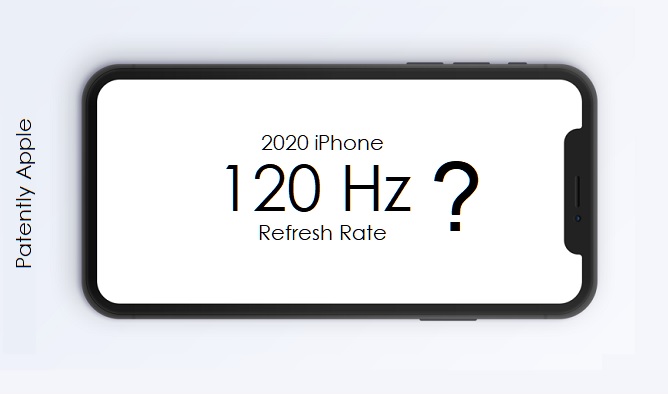 One of the next trends in smartphones is delivering 90 to 120 Hz display refresh rates. Apple was first to introduce 120 Hz with their latest iPad Pro in 2017 and improved it in 2018 with the A12X with an 8-core CPU and a 7-core GPU with gaming performance comparable to an Xbox One S. Rumor has it now that Apple may be bringing 120 Hz to high-end 2020 iPhones.

The next battle for smartphone screens was first discussed in a Popular Science report back in May 2019. While Apple brought 120 Hz to the iPad in 2017, it was the Razer gaming phone that was first to bring 120 Hz to smartphones.

The OnePlus smartphone introduced 90 Hz AMOLED earlier this year and got positive reviews for delivering a display where graphics and scrolling were clearly smoother.

But for "gaming" phones, Razer was first and now Asus will be delivering their new ROG gaming Phone II with a 6.6" AMOLED screen with 120 Hz refresh rate next week. The phone comes with a 6000mAh battery, custom air cooler

Fluidity in gaming is important and with Apple Arcade due to launch this fall, a new rumor of Apple upping the ante and delivering an iPhone display with 120 Hz referesh rate might just sound right. The rumor came by way of 'Ice Universe' as presented below.

Apple is considering a switchable 60Hz/120Hz refresh rate screen on the iPhone in 2020, and is discussing with Samsung and LG. pic.twitter.com/4aoU303umu

Ice Universe is a known hardware "leaker" twitter site. A few days ago The Verge posted a report about the Pixel 4 screen using Ice Universe images.

With the iPhone display getting larger in 2020 and supporting 5G, moving to a display with switchable 60/120 Hz to support gaming just makes sense. For now however, it's a rumor, so take it in stride.