Today you can find tablets mated with a flexible keyboards or notebooks that have displays that bend backwards to provide various configurations for presentations or watching TV without seeing the keyboard. While consumers are finally warming up to the idea of purchasing a hybrid notebook, Google's newly granted patent suggests that they have a Surface Book challenger on the drawing board. It's like their Pixelbook but with the option of removing the display from its base. An option many will appreciate.

This week the US Patent & Trademark Office published a granted patent for Google that addresses this emerging foldable tablet/notebook hybrid device head on. They want the switch over process from Notebook UI to Table UI to be seamless so as to make the experience a positive one, removing complexity.

Google's granted patent covers a computer-implemented method for automatically transitioning a user interface in a personal computing device between a laptop configuration and a tablet configuration.

Google's patent FIG. 3 below illustrates a plurality of hardware configurations of a personal computing device. 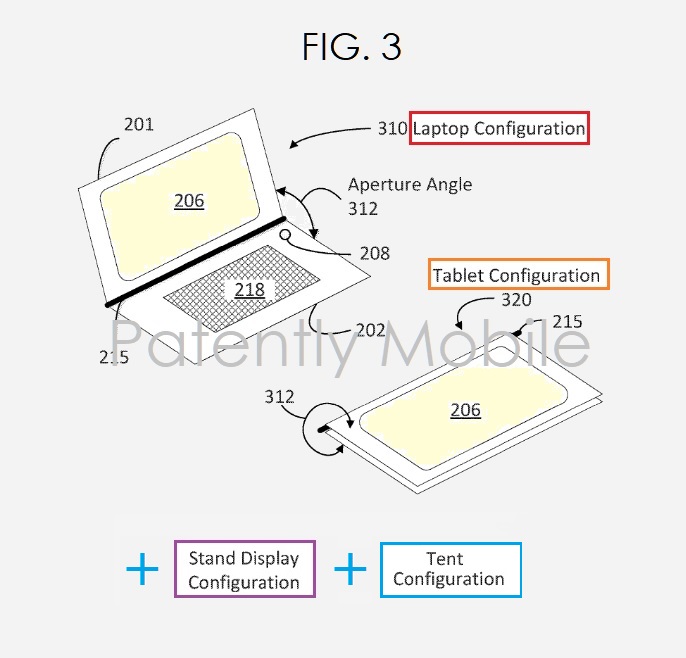 One specific configuration that is noteworthy but not illustrated in the granted patent is one where "the hinge mechanism includes levers, arms and clips configured to physically separate, partially or completely, the display portion from the base portion."

Google's granted patent 10,353,530 that was issued on Tuesday was filed in Q4 2017. The inventors listed on the patent include Mr. Truong, Mr. Kuscher and Ms. Chen. You could also see our full Patently Mobile report here.