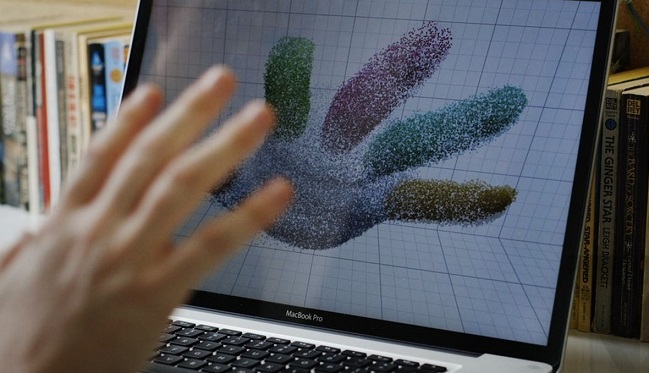 In late-March Patently Apple posted a report titled "Apple Patent Covers In-Air Gesturing for Macs & iDevices as Google, Samsung and Microsoft race to bring this to Market." Then in early June we posted another report titled "Google is reportedly set to introduce a new In-Air Gesturing System for the Pixel 4 called "Aware" We're now learning that Google's next-gen Pixel 4 will in fact enable two new features - Motion Sense and face unlock - helping you to get things done without having to touch it.

As for 3D Face Recognition, the U.S. Patent Office published a patent application on this subject matter last month.

Google's patent covered techniques, methods, systems, and other mechanisms for provision of a dual-band stereo depth-sensing system. An example use of such a system is in a mobile computing device that utilizes the system to determine 3-D facial features of a person for facial recognition or face-tracking purposes.

A depth-sensing system may work by emitting electromagnetic radiation (EMR) at a particular wavelength, e.g., a wavelength corresponding to infrared light, on to a scene and using sensors that capture EMR that reflects from objects in the scene to determine a depth map of the scene. A scene may refer to what is in a field of view from the perspective of the sensors of the depth-sensing system.

Google's patent FIGS. 1 and 2 below are conceptual diagrams of a dual-band stereo depth-sensing system. 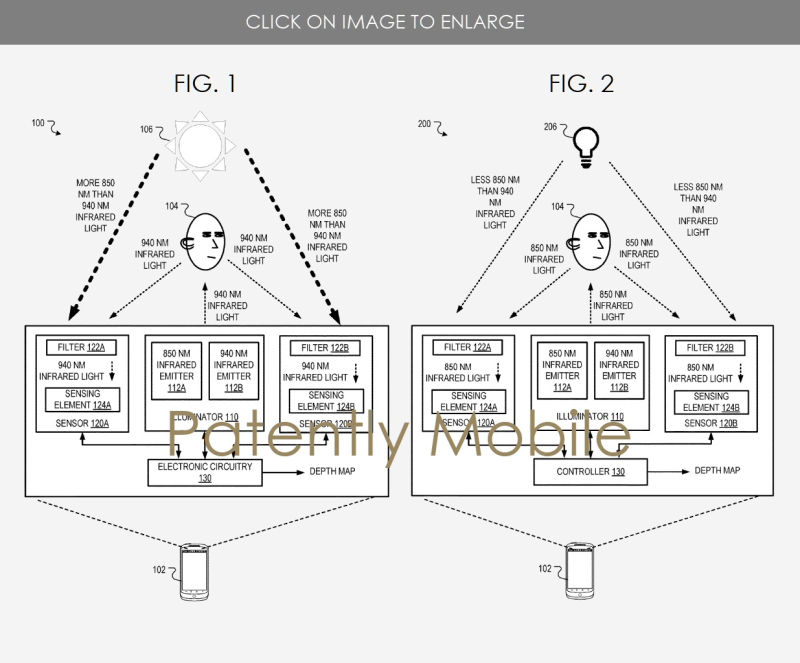 Google's 3D Face ID patent was filed in December 2017 and published in June 2019 by the U.S. Patent and Trademark Office.

Will Apple beat Google to market with In-Air gesturing in September or will Google's Pixel 4 get the jump on Apple's iPhones? Only time will tell.