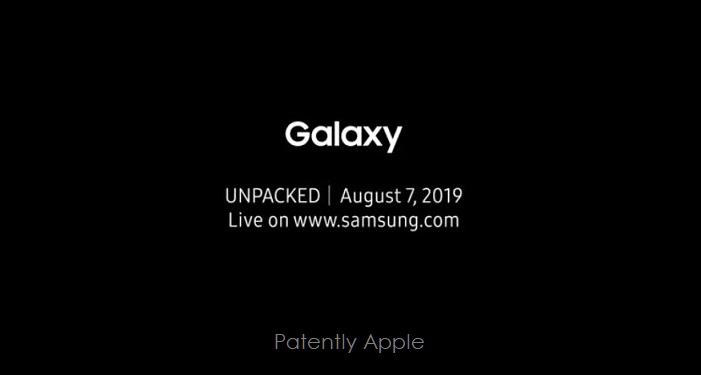 With Apple dominating the premium smartphone market, Samsung is hoping that their new Galaxy Note 10 could close the massive gap with the iPhone. The new smartphone from Samsung is to debut in New York on August 7th. The killer app appears to be a reinvented Samsung Pen with a built-in Camera as their invitation video below suggests.

Both Patently Apple and Patently Mobile reported on Samsung's pen with camera patent back in February of this year, with one of the patent figures presented below. 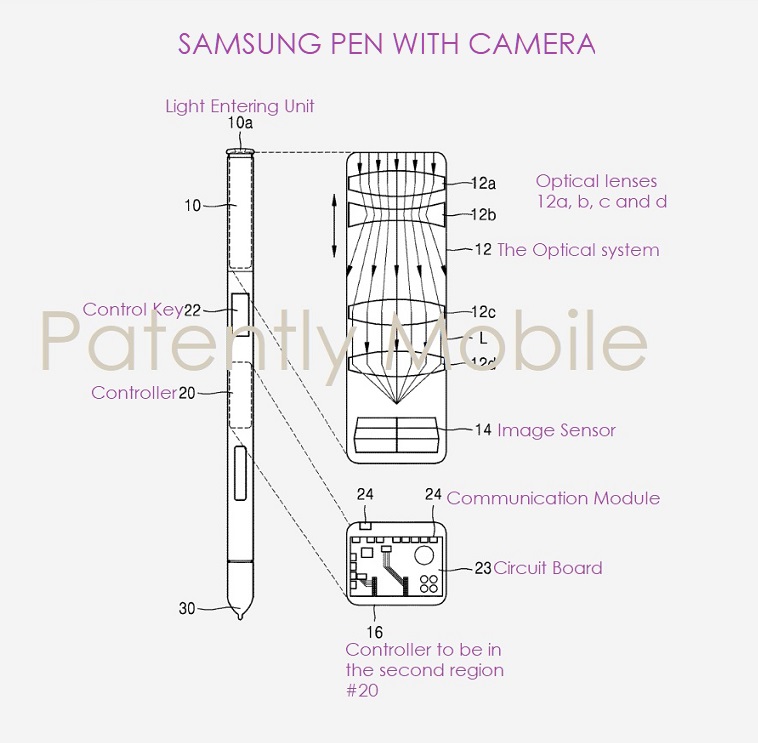 As you can see in Samsung's patent figure 2 above, the camera lens is fit into the upper chamber of the S Pen and a control key that could control the zooming feature.

In addition to the new pen, Patently Apple reported on Friday that Samsung would also  be introducing an iMessage-like app.

The Live streaming of the August 7th Unpacked Event will be available at these sites:

The new Galaxy Note 10 models will come in two display sizes -- 6.4 inches for the standard model and 6.8 inches for the premium one. Macworld's latest rumor has the top 2019 iPhone display size stuck at 6.5 inches like last year's model. Time will tell if that actually holds.

The rumored pricing for the new Galaxy Note 10 will start around US$999 mark and higher depending on configurations.

The Galaxy Note 10-5G model will only be sold in Korea, starting at around US$1200 and likely not announced in New York.

Whether Samsung is planning to introduce their new rotating triple camera and immersive full-screen display like their new Galaxy A80 smartphone provides is unknown at this time, as the S-Pen may interfere with operations.