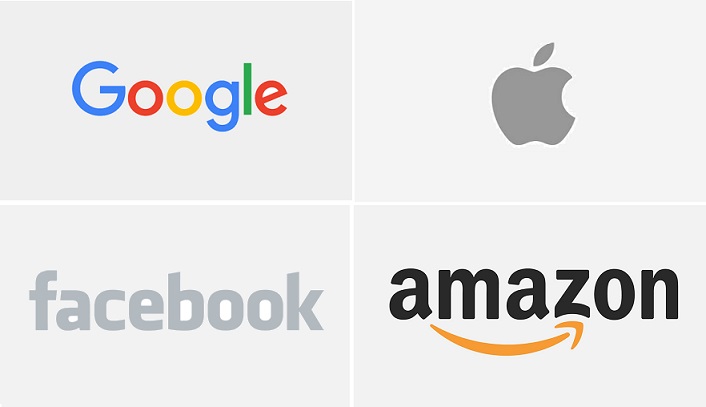 In April Patently Apple posted a report titled "France is First to Introduce a new Digital 'GAFA Tax' (Google, Apple, Facebook and Amazon Tax) with the EU to Follow." The fact that the acronym singles out U.S. tech companies just goes to show how the EU is declaring war on U.S. tech companies and President Trump is now stepped into the fray by ordering an investigation into France's planned tax on technology companies, a probe that could lead to the U.S. imposing new tariffs on other trade restrictions.

U.S. Trade Representative Robert Lighthizer said in a statement announcing the investigation that "The United States is very concerned that the digital services tax which is expected to pass the French Senate tomorrow (today) unfairly targets American companies."

Lighthizer added that President Trump “has directed that we investigate the effects of this legislation and determine whether it is discriminatory or unreasonable and burdens or restricts United States commerce."

Oddly the technology industry lobby group ITI, which represents Apple, Amazon, Google and other tech companies, urged the United States not to resort to tariffs in the dispute.

That part of the statement may be "politically correct" but doesn't reflect reality. Later in the statement ITI notes "The digital services tax that France and other European countries are pursuing is clearly protectionist and unfairly targets American companies in a way that will cost U.S. jobs and harm American workers."

The statement added that "The United States would not need to pursue this path if other countries would abandon these unilateral actions and focus their energies on the multilateral process that is underway." For more on this read the Reuters full report.

However, the French tax will proceed today regardless of the "multilateral process now underway." Therefore the U.S. President is moving ahead to protect U.S. tech companies in a way that the EU and France in particular will understand – being hit with stiff tariffs that will equally hurt their important companies.

REPORT UPDATE 4: 54 a.m.: Reuters reported this morning that "France’s Senate gave final approval to a tax on big technology companies on Thursday, potentially opening up a new front in a trade row between Washington and the European Union."

French Economy and Finance Minister Bruno Le Maire stated that "France is a sovereign country, its decisions on tax matters are sovereign and will continue to be sovereign." Other EU countries including Austria, Britain, Spain and Italy have also announced plans for their own digital taxes.