First it was Apple and now HP, Dell, Microsoft, and other U.S. Companies are contemplating a similar Exodus from China 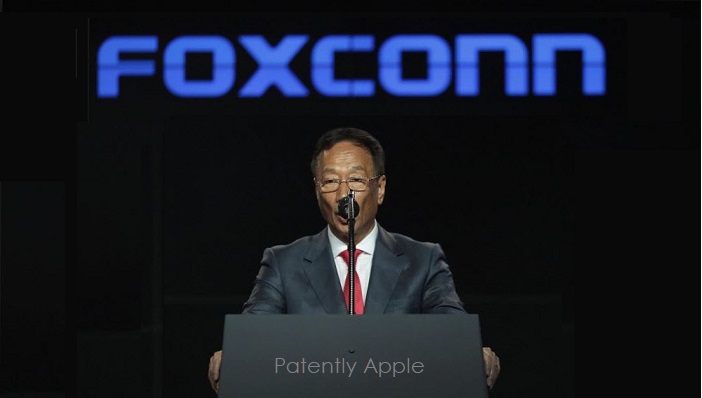 On June 19, Patently Apple posted a report titled "Apple is preparing a Fundamental Restructuring of its Supply Chain that could Shift up to 30% out of China." On June 21, we posted a report titled "Taiwan's Presidential Candidate Terry Gou Urges Apple to move iPhone Production out of China." Foxconn also manufactures computers for HP and Dell and other U.S. tech companies and Foxconn founder Terry Gou's message is sinking in.

According to a new report posted this morning, global consumer electronics makers HP, Dell, Microsoft and Amazon are all looking to shift substantial production capacity out of China, joining a growing exodus that threatens to undermine the country's position as the world's powerhouse for tech gadgets.

HP and Dell, the world's No. 1 and No. 3 personal computer makers who together command around 40% of the global market, are planning to reallocate up to 30% of their notebook production out of China, according to several Nikkei Asian Review sources.

The sources further noted that Microsoft, Google, Amazon, Sony and Nintendo are also looking at moving some of their game console and smart speaker manufacturing out of the country.

Even some Chinese tech companies such as Lenovo, Acer and Asustek are considering a move of some of their manufacturing outside of China because of business that they do in the U.S.

The moves will be a blow for China's electronics exports, which have powered the country's decades-long growth. China is the world's biggest producer of PCs as well as smartphones.

The Chinese government's backtracking on the issue of protecting Intellectual Property of U.S. companies illustrated to U.S. companies that doing business in China had too many risks and having their manufacturing split into other countries would safeguard them against future trade wars between the two superpowers.

This could have all been avoided if the Chinese Government would have signed the trade deal that was on the table and that they had previously accepted. It will prove to have been a blunder that cost China billions.

The Nikkei report further pointed out that the total Chinese imports and exports in the electronics segment ballooned 136 times to $1.35 trillion in 2017 from just over $10 billion back in 1991, according to Chinese data provider QianZhan.

However, many tech companies have been hit hard by the trade conflict, which has seen tariffs slapped on $250 billion worth of Chinese imports into the U.S. while the threat of another round remains.

The U.S. could be expected to feel some negative impact from the shift as "products there could be more expensive," said Darson Chiu, an economist specialized in trade at the Taiwan Institute of Economic Research. "But China would feel the rest as the country's economy will have to brace for a further slowdown and many factory workers need to look for jobs elsewhere."

HP and Dell, which together shipped around 70 million notebooks globally last year, mostly make the computers in the Chinese cities of Chongqing and Kunshan, the world's two biggest clusters of laptop production. Notebooks, global shipments of which exceeded 160 million units, are the world's second largest consumer electronics gadget by volume after smartphones' 1.4 billion units.

More specifically, the report notes that "HP has drawn up plans to move some 20% to 30% of production outside China. The company is looking at gradually building a new supply chain in Thailand or Taiwan – which would make Terry Gou of Foxconn, now running for President of Taiwan very happy.

Dell has already started a "pilot run" of notebook production in Taiwan, Vietnam and the Philippines, two people who knew about the plan said. People said the company wanted to avoid fallout from the trade war but was also concerned about a shortage of factory workers and rising costs in China.

About 47% of Dell's laptop shipments and 40% of HP's notebooks were sold in the U.S. their biggest market, according to research company TrendForce. For the full story, read the Nikkei Asian Review's report.