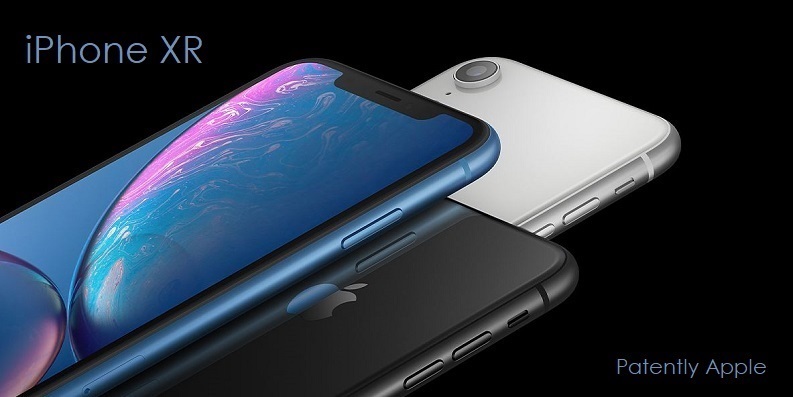 On July 19 Patently Apple posted a report titled "In Q2, Apple's Latest iPhones Dominated the top 3 Spots in the U.S. while gaining iOS market share in Urban China." Our second report on this subject was posted on July 22 was titled "Apple's iPhone XR was the best Selling Smartphone in the U.S. in Q2 with a Whopping 48% Market Share." With Apple gaining market share in Urban China, it was a healthy sign that Apple likely rebounded in China this quarter and Tim Cook confirmed that yesterday by stating: "Geographically we're happy with our performance across the board including a return to growth in mainland China."

Statista reported today with a chart and commentary about Apple's rebound in China. "Having gone from growth driver to weak spot and back again before, Apple’s China business was a pleasant surprise this time around, when Apple reported its third quarter earnings on Tuesday. Despite headwinds in the form of continued trade tensions, weakening consumer demand and the slowest economic growth in nearly 30 years, Apple managed to bounce back in the region, returning to growth in mainland China and nearly stopping the slowdown in Greater China." 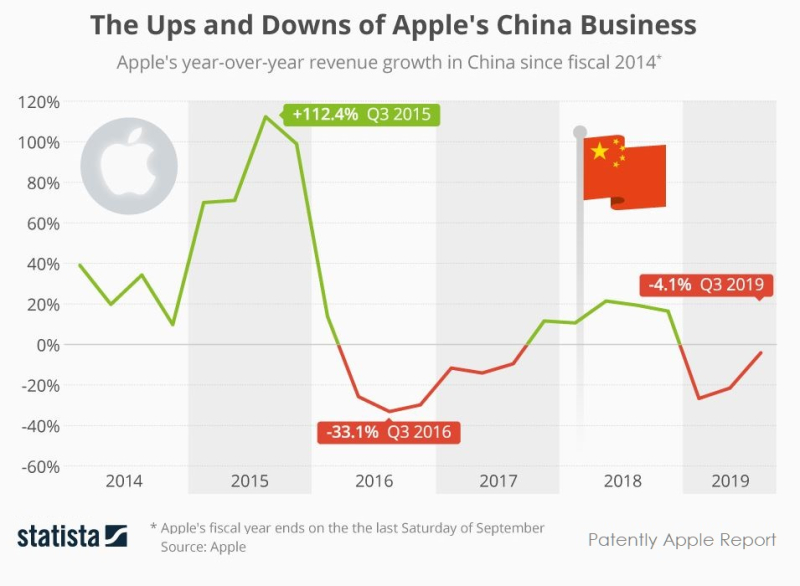 There's no doubt that Apple's iPhone XR is what helped Apple's iPhone picture for fiscal Q3, even if the iPhone was slightly down year-over-year. A new CNBC reports says it's a definite trend in the smartphone industry.

The report emphasized that both "Apple and Samsung’s most recent earnings reports show the same thing: most people don’t want to spend $1,000 on a new phone, no matter how good it is.

Samsung reported its second-quarter earnings on Wednesday and specifically said that it saw demand for its more affordable phones, including its A Series devices, but the Galaxy S10 didn’t fare well."

Samsung stated in a press release that smartphone shipments increased QoQ led by strong sales of the new Galaxy A Series, including the Galaxy A50 and A70. However, sales of flagship models fell QoQ on weak sales momentum for the Galaxy S10 and stagnant demand for premium products.

There are a few reasons why people aren’t buying those premium phones like they used to.

First, people are holding on to phones longer. Bernstein analyst Toni Sacconaghi said in February that iPhone owners are upgrading about once ever four years. Apple CEO Tim Cook said in January that "customers are holding on to their older iPhones a bit longer than in the past." Cook has also said macroeconomic factors come into play, particularly in places like China.

Second, there’s no sign of this trend stopping — at least not until someone perfects folding phones or adds a "must-have" feature. For more on this, read the full CNBC report.

Below is a CNBC "Squawk Alley" report on Apple's fiscal Q3 performance and more.