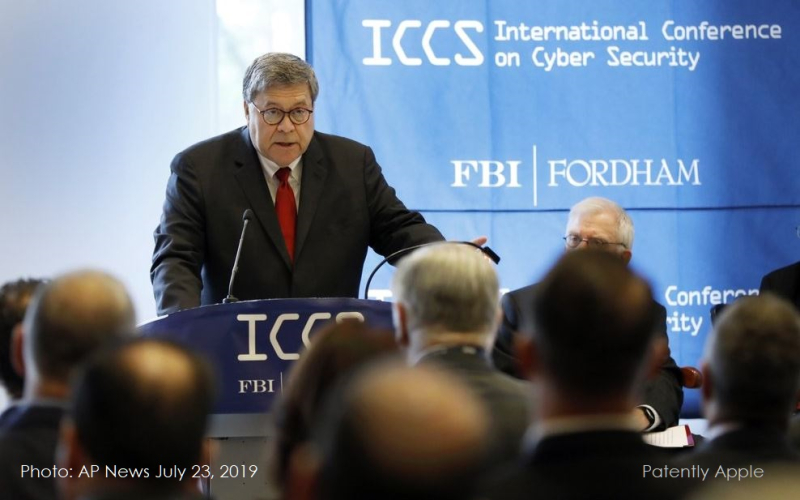 Although it's a touch issue outside of law enforcement, Attorney General William Barr said Tuesday that increased encryption of data on smartphones and computers and encrypted messaging apps are putting American security at risk.

Barr’s comments at a cybersecurity conference mark a continuing effort by the Justice Department to push tech companies to provide law enforcement with access to encrypted devices and applications during investigations.

Barr stated that "There have been enough dogmatic pronouncements that lawful access simply cannot be done. It can be, and it must be."

The attorney general said law enforcement is increasingly unable to access information on devices, and between devices, even with a warrant supporting probable cause of criminal activity.

Barr’s remarks also acknowledged the need for encryption to ensure overall cybersecurity that has enabled people to bank relatively securely online and engage in e-commerce.

Yet Barr stayed on message and added that to date, law enforcement in Garland, Texas, have been unable to access 100 instant messages sent between terrorists who carried out an attack there in May 2015.

"The status quo is exceptionally dangerous, it is unacceptable and only getting worse," Barr said. "It’s time for the United States to stop debating whether to address it and start talking about how to address it." Read the full AP News report for more details.