Home Archives Contact Us Subscribe Twitter Facebook Patently Mobile
The FTC Approves Massive $5 Billion Settlement with Facebook over Cambridge Analytical Scandal
The Launch Date of the Galaxy Note 10 may be delayed due to Japan's restrictions of key materials, unknown if iPhone is next 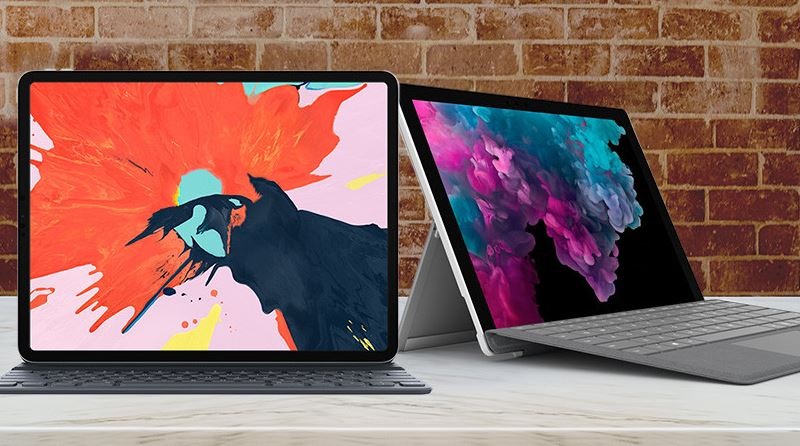 On Friday Patently Apple posted a report titled "Mac Shipment growth was up Significantly in Calendar Q2, only second to Lenovo. That was based on IDC's Worldwide statistics. Gartner published their data as well last week but also covered U.S. PC shipments where Apple didn't fair as well. However, Gartner skews their numbers against Apple, which we'll explain further in our report.

In the U.S., PC shipments totaled 14 million units in the second quarter of 2019, a 0.4% decline from the second quarter of 2018. According to Gartner, HP Inc. retained the top spot in the U.S. based on shipments, as its market share increased to 29.8%. Dell remained its second position with 28.4% market share. Lenovo remained in third with 17.3% and delivered the highest Year-over-Year (YoY) growth of the top vendors at 12.2%. Apple remained in fourth position with 10.9%, down 5.6% YoY as the chart below confirms. 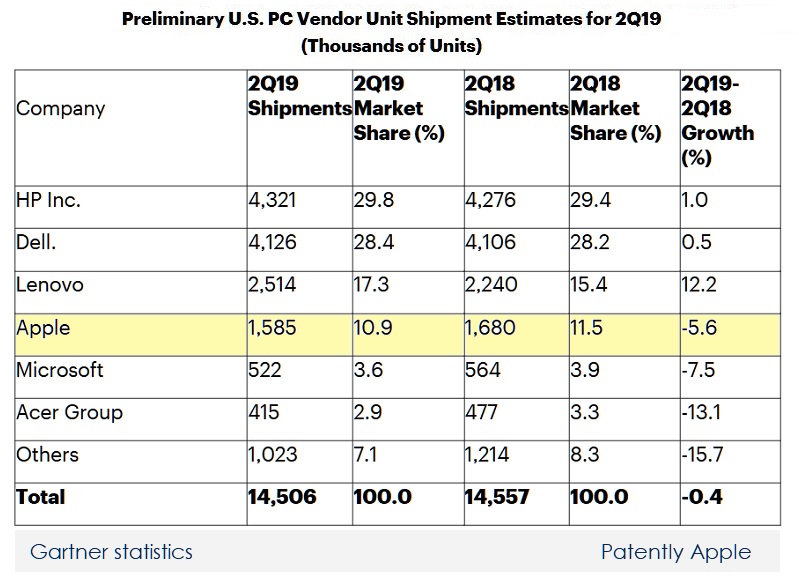 The problem with Gartner's statistics is an ongoing one. According to Gartner's rules, that are spelled out for all to see, they're PC stats include desktops, notebooks and Microsoft Surface and all 2-in-1 devices from PC vendors using Windows yet don't count competing devices like the iPad Pro or Google Chrome notebooks.

Since schools and the enterprise accept the iPad as a business computer it becomes pure bias on the part of Gartner to exclude it in their PC stats.

The iPad Pro offers Windows Office Suite and is supported by the biggest PC software companies in the world such as IBM, SalesForce, SAP and more.  It skews Gartner's data to the point that you really can't count on it as being truthful.

Of course by adding iPad figures to PC stats would destroy the PC industry's view of itself. It would immediately place Apple in the number one position with a monster lead by adding approximately 9 million devices to Apple's PC total. It's a point that Apple's CEO reminded the press back in Q4 2018. 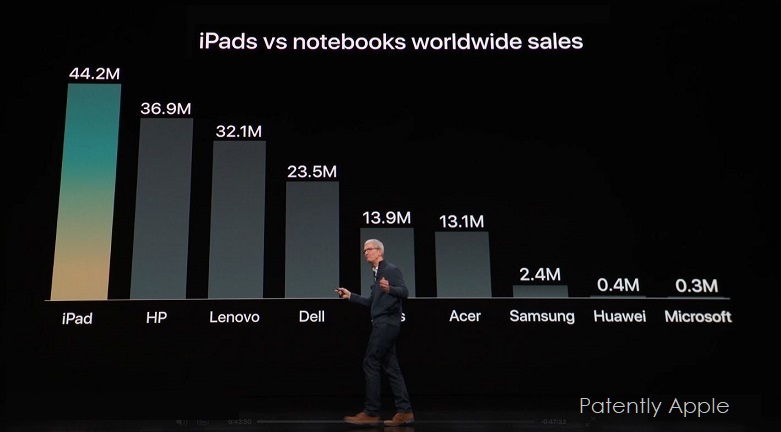 Gartner not only skews U.S. PC stats but also their worldwide PC stats. Last week IDC presented positive growth for Apple in Q2 at 9.6% for worldwide shipments rather than Gartners worldwide stats showing Apple at – 0.2% because they count 2-in-1's from HP, Dell, Lenovo and Microsoft but lock out Apple using the iPad.

Gartner allows Surface devices to be considered tablets / 2-in-1's / ultra-slim devices in tablet stats but also in PC stats. Apple is not granted that same privilege.

What  will it take Gartner to change its mind? iPadOS? A fully macOS+iPadOS hybrid? Support for a mouse of trackpad? Considering that Chromebook's offer a trackpad, it seems that won't even do it for Apple.

Gartner has never explained their position against the iPad in detail, which is deceitful at minimum. Gartner appears to be stuck with a 90's mindset. A PC is Windows, and out of mercy, they accept macOS. But Lord, don't complicate their lives with another Microsoft Challenger or competing devices that are vastly superior. That's coloring outside the lines.

In the end, Gartner's rules skew their stats which come across as a paid for Microsoft advertisement rather than anything resembling facts or fairness.