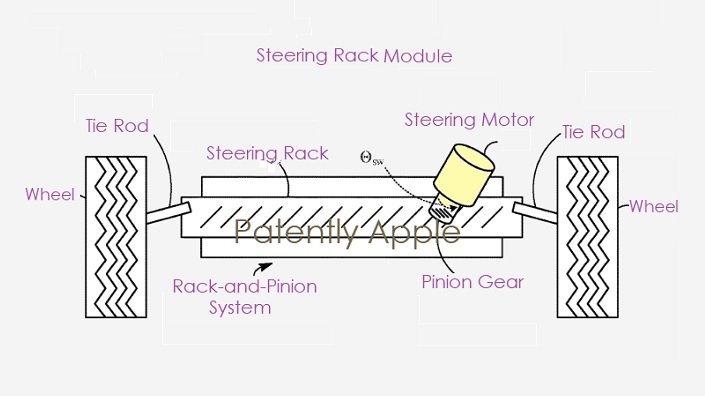 The U.S. Patent and Trademark Office officially published a series of 60 newly granted patents for Apple Inc. today. In this particular report we cover Apple's invention relating to a new vehicle suspension architecture, and more specifically in at least some examples to a suspension architecture for a vehicle employing a steer-by-wire configuration.

A caster trail (e.g., the distance, viewed from the side of the vehicle, from the center of the contact patch to the intersection of the steering axis with the ground) facilitates a moment arm that generates an aligning moment about the steering axis due to lateral forces at the wheel, such as while cornering or turning. However, these moments also tend to produce "jacking" (e.g., lifting or diving) effects at the center of the wheel, causing the body of the vehicle to lift or dive in reaction thereto.

In addition, the tires typically employed as part of the wheels of a vehicle tend to provide steering self-alignment while cornering. More specifically, during a turn, lateral forces tend to be concentrated behind the center of the contact patch at a pneumatic trail. Due to those forces, a lateral force toward the direction of the turn is produced at the pneumatic trail, thus causing a self-aligning torque on the wheel.

Due to both the mechanical and pneumatic attributes discussed above, the HPAS or EPAS system employed to assist the driver in steering the vehicle must continually overcome the mechanical self-alignment, pneumatic self-alignment, and jacking effects described above to perform the steering indicated by the driver. Moreover, the inclined steering axis also tends to increase tire wear and wheel rolling resistance.

The steering knuckle, when connected to the frame by the suspension component, and to the wheel, defines a steering axis for the wheel with a caster inclination angle of zero degrees.

Moreover, such a suspension design may also provide less tire wear due to reduced tire scrubbing when the wheels are turned and better directional stability in view of a steer-by-wire system. 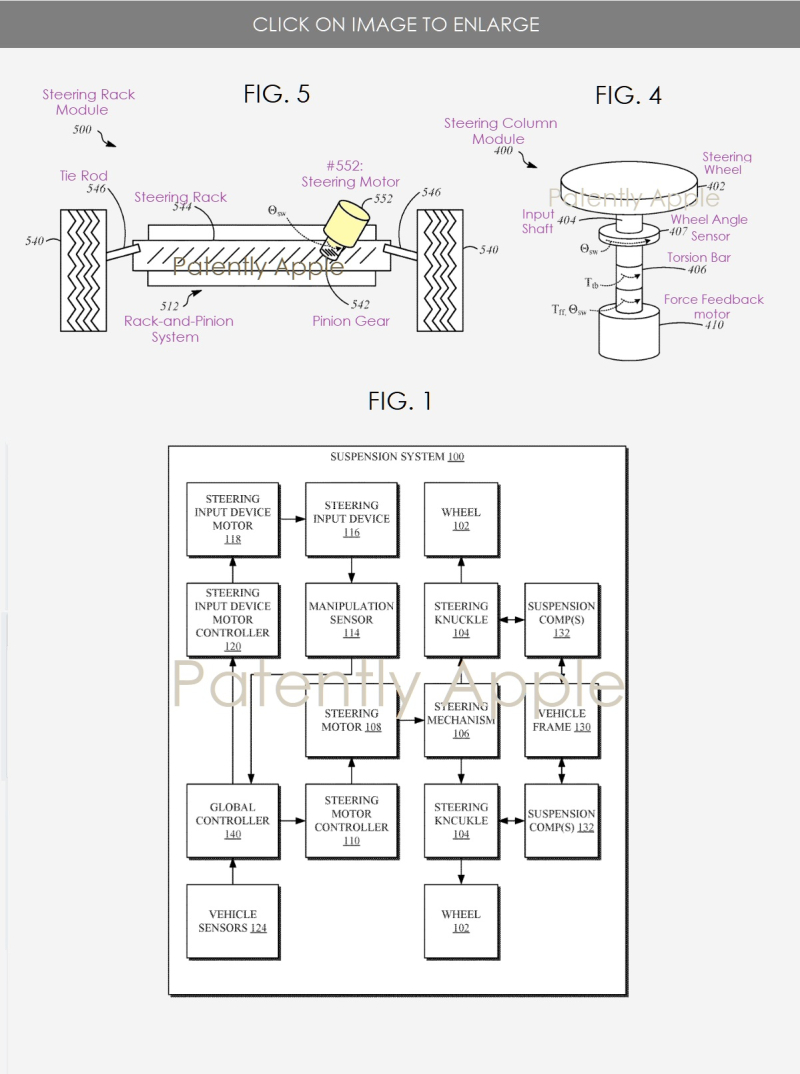 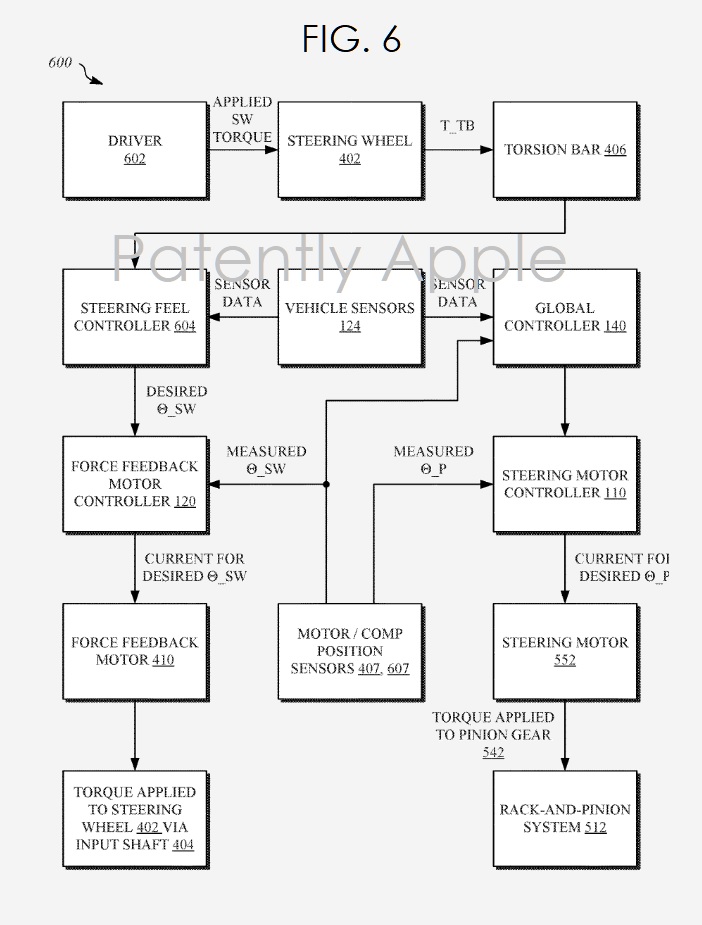 Apple's granted patent 10,351,162 was originally filed in Q3 2017 and published today by the US Patent and Trademark Office.

Once again Apple has proven that they can hide patent applications under the names of the company's inventors until they're granted. At that point Apple wants it on record that it's their invention.