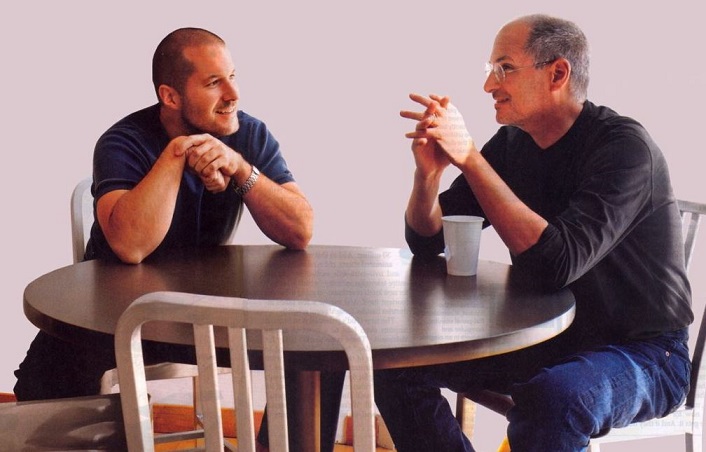 Report Updated at 3:50 MST with Tim Cook's angry response to the WSJ report

Steve Jobs and Jony Ive were to technology what Lennon and McCartney were to music. Jony was inspired by Steve Jobs who loved design. In the book 'Steve Jobs' by Walter Isaacson, he wrote on page 342, Jobs described his respect for Ive this way:

"The difference that Jony has made, not only at Apple but in the world, is huge. He is a wickedly intelligent person in all ways. He understands business concepts, marketing concepts. He picks stuff up just like that, click. He understands what we do at our core better than anyone. If I had a spiritual partner at Apple, it's Jony. Jony and I think up most of the products together and pull others in and say, 'Hey, what do you think about this?' He gets the big picture as well as the most infinitesimal details about each product. He's not just a designer. That's why he works directly for me. He has more operational power than anyone else at Apple except for me. There's no one who can tell him what to do, or to butt out. That's the way I set it up."

In the book, Ive described the daily ritual with Steve Jobs this way:

This great room is the one place in the company where you can look around  and see everything we have in the works. When Steve comes in, we will sit at one of these tables. If we're working on a new iPhone, for example, he might grab a stool and start playing with different models and feeling them in his hands, remarking on which ones he likes best. Then he will gaze by the other tables, just him and me, to see where all the other products are heading.

He can get a sense of the sweep of the whole company, the iPhone and iPad, the iMac and laptop and everything we're considering. That helps him see where the company is spending its energy and now things connect. And he can ask, "Does doing this make sense, because over here is where we are growing a lot?" or questions like that. He gets to see things in relationship to each other, which is pretty hard to do in a big company. Looking at the models on these tables, he can see the future for the next three years.

Much of the design process is a conversation, a back-and-forth as we walk around the tables and play with models. He doesn't like to read complex drawings. He wants to see and feel a model. He's right. I get surprised when we make a model and then realize it's rubbish, even though based on CAD renderings it looked great.

He loves coming in here because it's calm and gentle. It's a paradise if you're a visual person. There are no formal design reviews, so there are no huge decision points. Instead, we can make the decisions fluid. Since we iterate every day and never have dumb-ass presentations, we don't run into major disagreements."

Later in the book Isaacson covered the Jobs-Ive ritual of unboxing. "Apple customers know the feeling of opening up the well-crafted box and finding the product nestled in an inviting fashion. "Steve and I spent a lot of time on the packaging," said Ive. "I love the process of unpacking something. You design a ritual of unpacking to make the product feel special. Packaging can be theater, it can create a story."

This was a Jobs-Ive concept that came from a deep sense of loving the design of products and wanting to create an "experience" for Apple fans.

Today all major brands go out of their way to copy this magical ritual that Jobs and Ive created. They all make elaborate videos of the products every component and special finish.

As CEO, Steve Jobs dove into the nitty-gritty details of every product that was going to be revealed to the Apple community. The comradery between Jobs and Ive was never going to be repeated, but it seems from what has been leaked, that Cook went out of his way to be distant and not engage Ive in the same way.

The Apple magic came from the Steve Jobs and Jony Ive tag team. In contrast, we now get to see PR photos of Jony Ive explaining something about a new product like an iPhone to Apple's CEO on an annual basis. To Ive, the magic process is upside down. Why does he have to reveal something to Cook after the product has been launched? Instead of drilling down into products that make the company, Cook seems to be distracted with creating "corporate values," politics and issues regarding civil and gay rights.

Then again to be fair, Tim Cook had huge shoes to fill with Steve Jobs passing and overall Tim Cook has been an excellent CEO steering the Apple ship thus far and Apple shareholders have made a lot of money under his leadership. 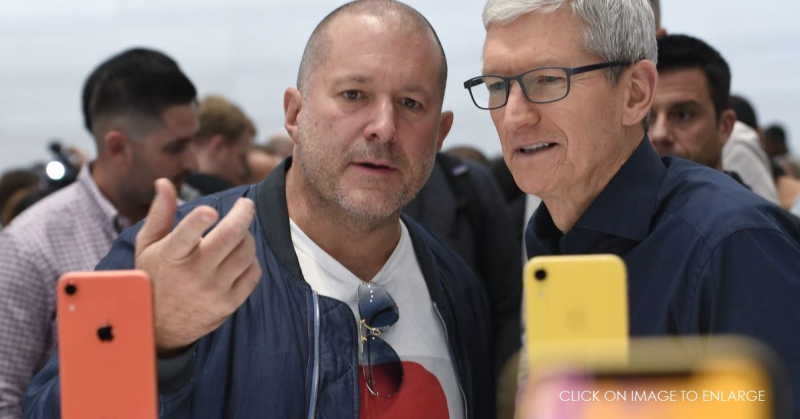 While Ive was busy on the Apple Park project, it was clear that Ive was spending less time on Apple products, hoping that his team could pick up the slack. Ive gained a lot weight after Steve Jobs passing and he spent more time giving interviews in the UK and US but never once graced the stage of an Apple event. Without Ive at the helm, product designs were primarily minimal evolutionary tweaks – though iPhone X and AirPods were definite hits.

Bloomberg reported that "One person close to Apple captured the anxiety of the moment: “People who have been there forever don’t want to keep doing incremental updates to current products." This possibly sheds some light into why a number of veteran engineers have left Apple this year. Not to retire, but to join younger, hungrier new teams.

So it doesn't come as a shock that after the news broke that Jony Ive was leaving, that Ive's discontent is beginning to surface in the press. The question becomes, how much of this discontent will Apple's CEO allow before threatening a lawsuit.

Bloomberg and The Wall Street Journal have written on Jony Ive's discontent that was expressed in different ways.

Citing multiple unnamed sources, the reports stated that Ive was "dispirited" by Tim Cook's lack of interest in design, especially considering the close synergy he shared with former Apple CEO Steve Jobs. At the same time, Ive was coming into Apple's offices much less often than before, "straining the cohesion central to product development," the WSJ stated.

Much like many Apple fans, Ive was supposedly frustrated with the change in company culture from the one -- established by he and Jobs -- where design ruled. He was not only disappointed by the fact that Tim Cook "showed little interest in the product development process," but also that Apple's Board was increasingly filled with directors that had no experience in Apple's business.

On the flip side, Cook is also trying to get the message out via the Wall Street Journal that Ive missed meeting that discouraged the design team.

In one example that they wrote about, Ive was said to have promised to hold a "design week" each month with software designers to discuss their work on the iPhone X, but he rarely showed up. Even when he was involved, Ive's leadership over key decisions seemed weakened.

In another example they noted sensing discontent, Cook asked Ive to resume day-to-day responsibilities later the same year. Ive agreed, which initially encouraged designers, but his absences later resumed as he spent more time in the U.K., where his father has been ill.

What's true? What's propaganda? Both sides have different version of events that they want out in the press.

While we don't know where this story could be headed next, Tim Cook has to tread lightly when it comes to Steve Jobs partner in design. Apple fans don't want to hear the company sullying Ive's reputation. It'll be a huge mistake if Apple's Tim Cook continues to paint Ive as having been a problem for Apple.

Unfortunately, there's probably more to this story yet to be leaked to the press. I'd rather wait for Jony Ive's book, if he's ever allowed to publish it of course.

For now, Ive's new company "LoveFrom" has Apple as its first customer and hopefully that will keep things positive going forward.

Cook's letter to NBC News stated in-part: "The design team is phenomenally talented. As Jony has said, they’re stronger than ever, and I have complete confidence that they will thrive under Jeff, Evans and Alan’s leadership. We know the truth, and we know the incredible things they’re capable of doing. The projects they’re working on will blow you away."

Defending Apple's design team is the right thing to do. Apple fans look forward to great things to come from the Industrial Design team being that they worked under an iconic leader, Jony Ive.

However, the real issue was about the relationship between Ive and Cook and without Jony Ive weighing in, the story doesn't really change.