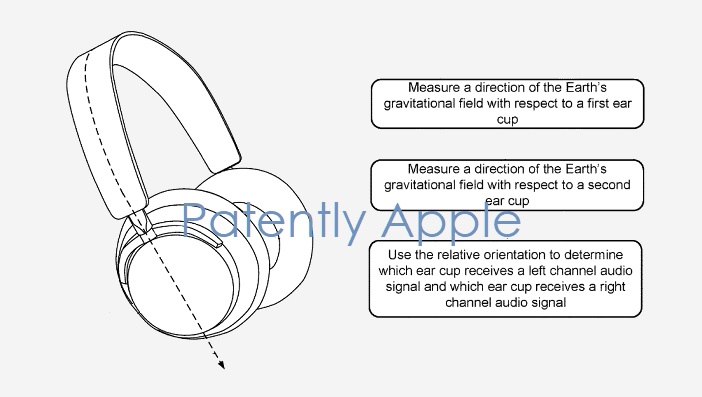 The U.S. Patent and Trademark Office officially published a series of 42 newly granted patents for Apple Inc. today. In this particular report we cover a patent win covering Apple's future over-the-ear headphones that are reportedly close to debuting. Apple's invention relates to systems and methods for detecting headphone orientation and knowing when to shut off the headphones if the sensors detect that the user is no longer present to save on power – a feature currently in use with headphones like Sennheiser.

When Apple introduced the lighting connector it brought about a convenience that USB didn't have. With the lightning connector it didn't matter which way you inserted into a an Apple device it would just fit, just work. With older USB connectors you don't have that convenience and to this day when I'm charging my Logitech mouse to recharge it, I rarely get the connection right the first time. It's a nuisance.

Apple appears to want to take that same philosophy to over-the-ear headphones so that no matter which way the headphones end up on your head, the earphones will automatically readjust the audio so that right and left audio play correctly. 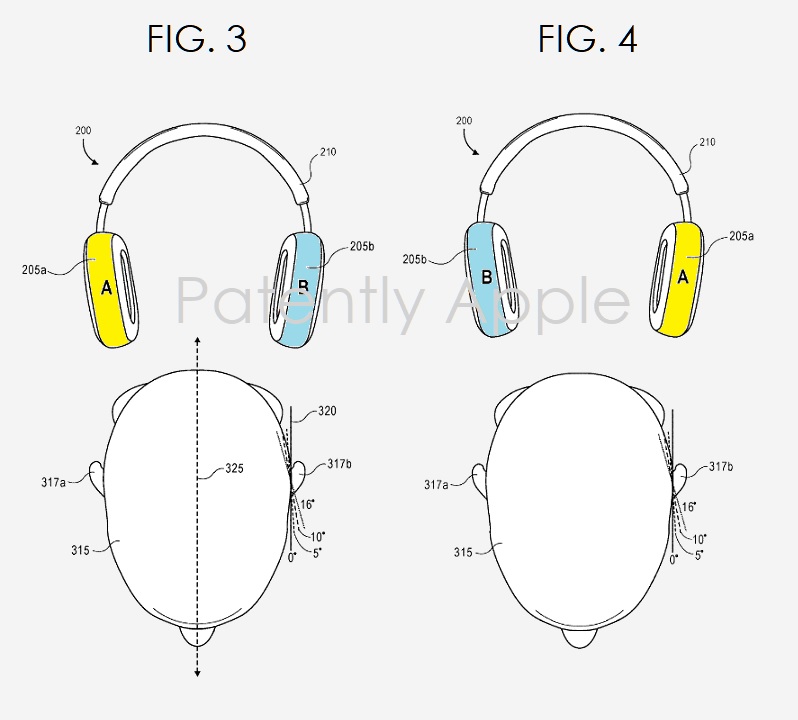 Apple's granted patent 10,362,399 was originally filed in Q3 2018 and published today by the US Patent and Trademark Office. You could dive into the details of the invention here.

In late May Patently Apple posted an IP report titled "A Major Apple Headphone Patent in Europe points to Touch Inputs and a Collapsible Design to fit a Carrying Case." Last week the U.S. Patent Office published three patent applications that build on the original patent we covered from Europe.

For audiophiles who want to know every possible thing about Apple's future over-the-ear headphones check out Apple's patent applications as linked to below.  The differences between the patents are restricted to their patent claims where the differences are emphasized.  All three patents share the same body of patent figures.