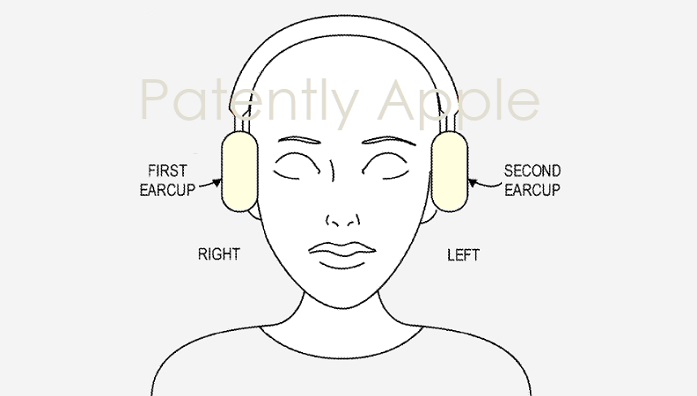 Patently Apple covered two noise and wind cancellation patents (01 & 02) that were published by the U.S. Patent and Trademark Office back in November 2018. Back in early March 2018 a Bloomberg report claimed that Apple was working on noise-canceling, over-ear headphones that rival headsets from market leaders like Bose and even the company’s own 'Beats' by Dre brand. So as we get closer to Apple's new over-the-ear headphones coming to market we're learning today that Apple has been granted their first patent on noise cancellation patent.

Apple's newly granted patent covers their invention relating to a system and method of wind and noise reduction for a headphone. Specifically, embodiments of the invention performs spectral mixing of signals from a microphone located inside the earcup (or ear bud, or phone) that is directed towards the ear canal (e.g., error microphone) with the signals from at least one microphone located on the outside of the earcup's housing to generate a mixed signal.

By reducing the wind and noise in the signals captured by the microphones, the speech quality and intelligibility of the uplink signal is enhanced.

Apple's patent FIG. 1 below illustrates an example of over-the-ear headphones in use; FIG. 3 illustrates a block diagram of a system of wind and noise reduction for a headphone. 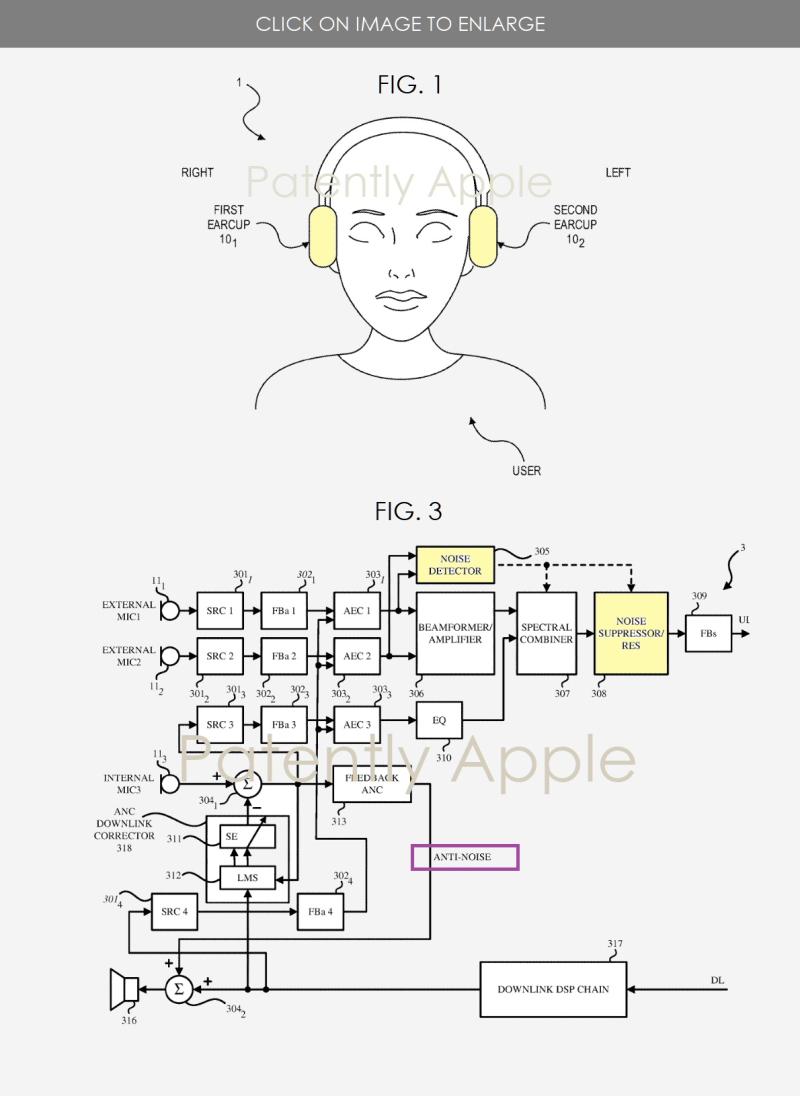 Apple's granted patent 10,341,759 was originally filed in Q2 2017 and published today by the US Patent and Trademark Office. Check out the details here.

One of the inventors listed on the patent is Sorin Dusan, Lead Senior DSP Engineer who's been with Apple 8 years. Dusan worked as Senior Voice/Speech Processing Engineer at Dolby Laboratories.