Last Friday Patently Apple posted a report titled "Samsung Invents Augmented Realty Smartglasses that will compete with Huawei's Upcoming Gentle Monster AR Glasses." Towards the end of that report we asked the question "Could Apple be in the AR Smartglasses Race?" The answer is certainly – even with a wishy-washy rumor set into motion by a Digitimes report hidden behind a paywall. Today a major smartglasses patent was granted to Apple as their work continues on this project.

The U.S. Patent and Trademark Office officially published a series of 60 newly granted patents for Apple Inc. today. In this particular report we briefly cover one of Apple's head mounted eye tracking device inventions for a future smartglasses device. The invention came by way of Germany's SMI SensoMotoric Instruments which Apple Acquired back in July 2017.

Two of Sengelaub's presentations that were given at Augmented Word Expo 2016 and 2017 are presented below. 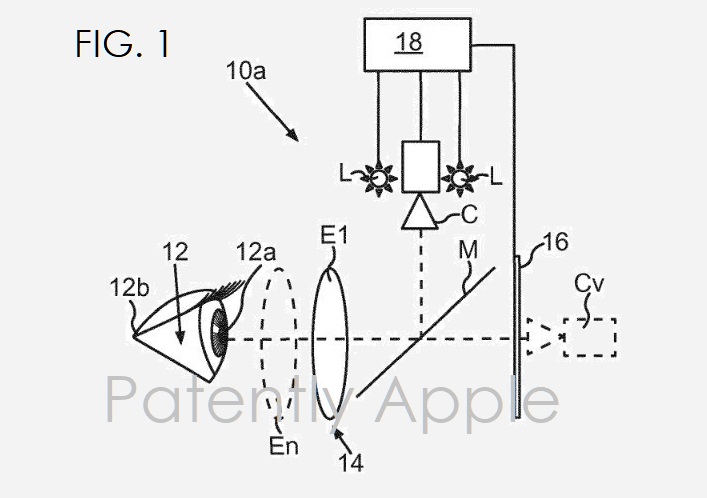 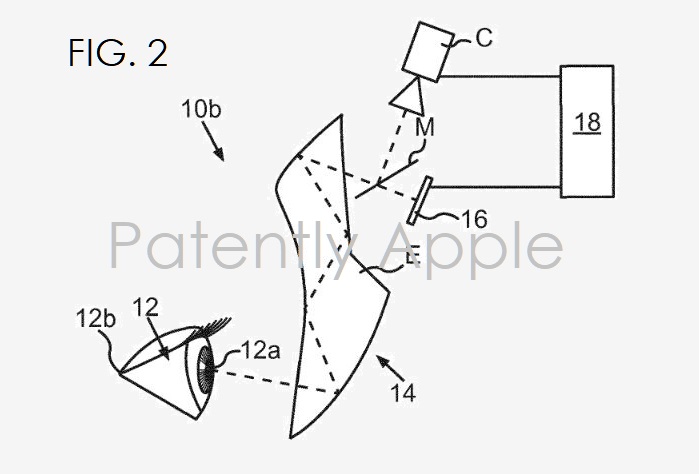 In patent FIG. 3 below we're able to see a schematic illustration of the principle of raytracing for use in a head mounted eye tracking device #10a and #10b, especially for taking into account the optical properties of the optical component #14.

An idea of this method is to trace the rays back from the capturing unit C, e.g. a camera, or of a light source, which is denoted with a reference sign B in FIG. 3, into the direction Dir1 of the detected features, that are represented by the observed point P1 in FIG. 3, until they hit the optical component #14. Then, the ray at the optical component is refracted and one obtains a new outgoing ray, especially a refracted ray, which can be described by a point P2 on that ray and its new direction Dir2. 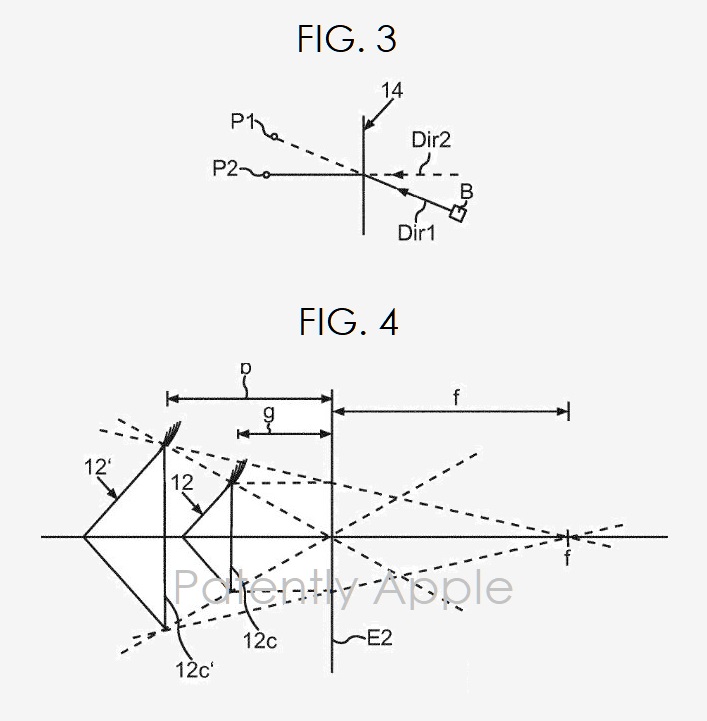 Patent FIG. 4 above shows a schematic illustration of reconstructing the eye in virtual coordinate system for use in a head mounted eye tracking devices 10a & 10b.

Apple's granted patent 10,354,136 was published today by the US Patent and Trademark Office. It was acquired by Apple in 2017.