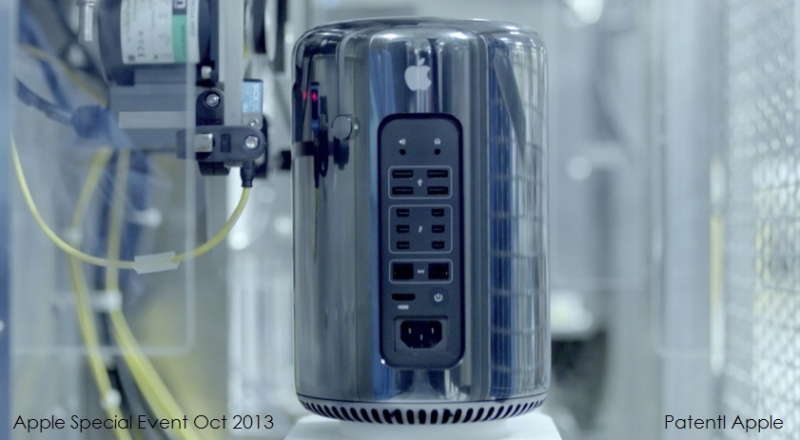 Yesterday afternoon Patently Apple posted a report titled "President Trump denies a Tariff Waiver for Apple Parts made in China while Telling France they'll be hit hard for GAFA Tax." Our report was based on President Trump's tweets. Today we're providing you with video clips of what the president said in full on both matters.

Yesterday President Trump talked with the press from the oval office about a series of issues including a reciprocal tax the U.S. will impose on French wines in the coming days or weeks for France's GAFA tax going into effect against Google, Apple, Facebook and Amazon. He also spoke about an Apple plant in Texas.

Apple had been making the Mac Pro in Texas back in 2013 and shut down with the lame reasoning that they couldn't get enough screws. Considering that Apple didn't sell many cylinder-styled Mac Pro's, it was clearly an excuse for closing production in the U.S.. They could have bought screws from China for a dollar a bucket. More than likely Apple's contractor Flextronics pulled the plug on Apple for a lack of Mac Pro orders.

We have begun manufacturing the Mac Pro in Austin. It’s the most powerful Mac ever. Orders start tomorrow. pic.twitter.com/Jrd1Gic3Ya

Will the new U.S. tariffs pressure Apple to return to Texas to manufacture their latest Mac Pro? Don't count it. The original plant in Texas was run by Flextronics. They likely wouldn't support a second crack at a plant making the Mac Pro again with the cost of the new Mac Pro being insanely higher.

So while President Trump would like a plant in the US for making the Mac Pro, there isn't going to be enough volume to ever justify one for that product alone.