After Copying Apple's Memoji feature, they went on to Steal Icon and Wall Paper Designs from Struggling Local Artists 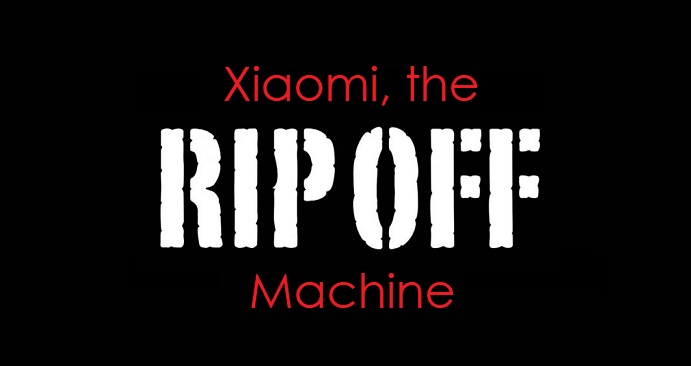 Last week Xiaomi introduced Mimoji for their new smartphones which was an in-your-face copycat of Apple's Memoji, an iMessages feature introduced last fall along with iOS 12. Today it's being reported in mainland China that Xiaomi has been accused yet again of stealing intellectual property.

The report noted that Xiaomi sold smartphone icons and wallpapers copied without permission from illustrators’ and designers’ work, a Weibo user alleged in a post on Saturday.

"The widely circulated post included images pointing out the resemblance between some of Xiaomi’s wallpapers and paintings by anime artists, as well as screenshots of a chat with someone claiming to be the creator of the paintings, who said the images had been used by Xiaomi without permission. The Weibo account that published the post has since been deleted.

Xiaomi responded on Weibo on Sunday that some of wallpapers and icons, which had been uploaded by a third-party provider, were indeed unauthorized copies of artists’ work. Xiaomi said it would stop selling these images and would tighten its vetting process for uploaded images."

Xiaomi has always been a copycat company and will always be considered a Rip Off Machine.  Xiaomi is under pressure to perform with their stock going from a 52 week high of $22.20 to its current price of $9.61.

To climb back in the market Xiaomi has resorted to copycatting Apple's Memoji to look inventive and has even been low enough to steal wall paper and icon designs from struggling artists.

Next they'll just use Apple Ads to promote their copycat products. Hmm, didn't they just do that?