Home Archives Contact Us Subscribe Twitter MeWe Facebook Patently Mobile
A Team at Stanford University is Working on an Open, Privacy-Preserving Virtual Assistant to Compete with Siri, Alexa & more
Apple Supplier Japan Display is Dealt a Blow as one of it's Potential Investors Pulls out of Bailout Plan

With Apple's Success with AirPods, Microsoft Patents a Future Surface Pen that can wrap around a user's Ear and Play Music

Microsoft not only wants to have a next-gen Surface device to add to its growing family of Surface devices, they also want to add a revolutionary Surface Pen accessory that could double as an earpiece. By flexibly bending the pen around the user's ear, the user will be free to listen to music or use it as a presentation slide controller.

Do engineers really get paid to dream up stuff like this? I'm sure that this invention will have Apple executives trembling.

With that said, Microsoft's patent FIGS. 1A, B and 1C shown below are examples of a flexible carpenter's stylus with a dockable earpiece. A carpenter's stylus has a flat edge to the pencil so that it can't roll away. Apple implanted that in Apple Pencil 2 when adding magnetic docking. 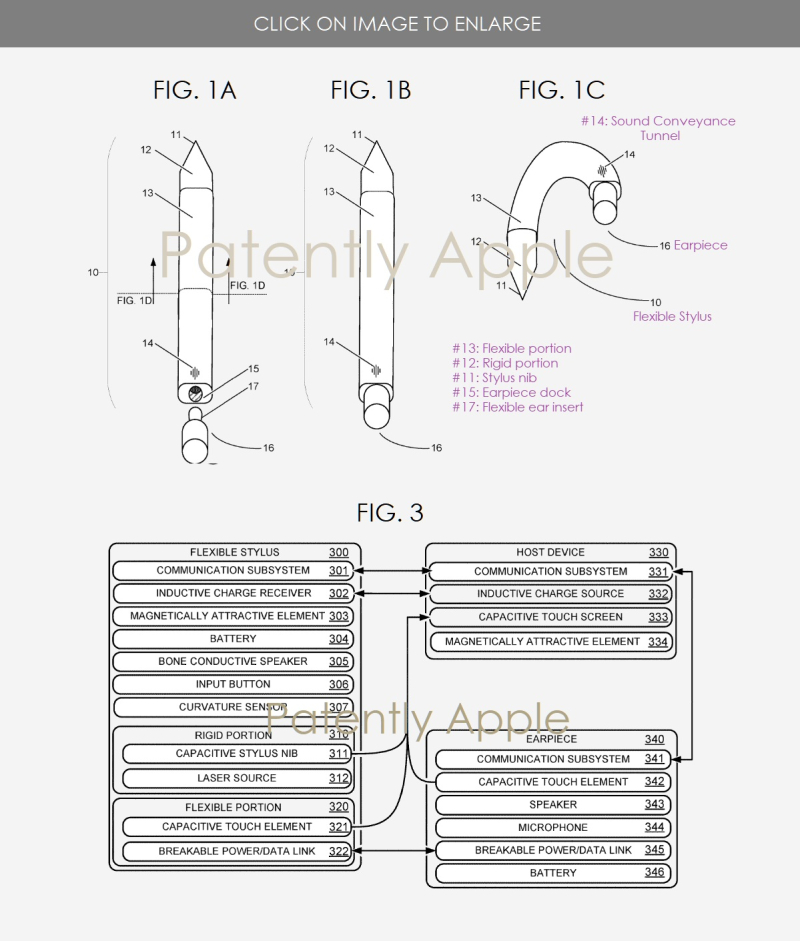 Microsoft's patent FIG. 3 above schematically shows a computing system including a flexible stylus, a dockable earpiece, and a host computing device.

Microsoft's patent FIGS. 6A and 6B show below show example flexible carpenter's stylus in two different modes of operation. 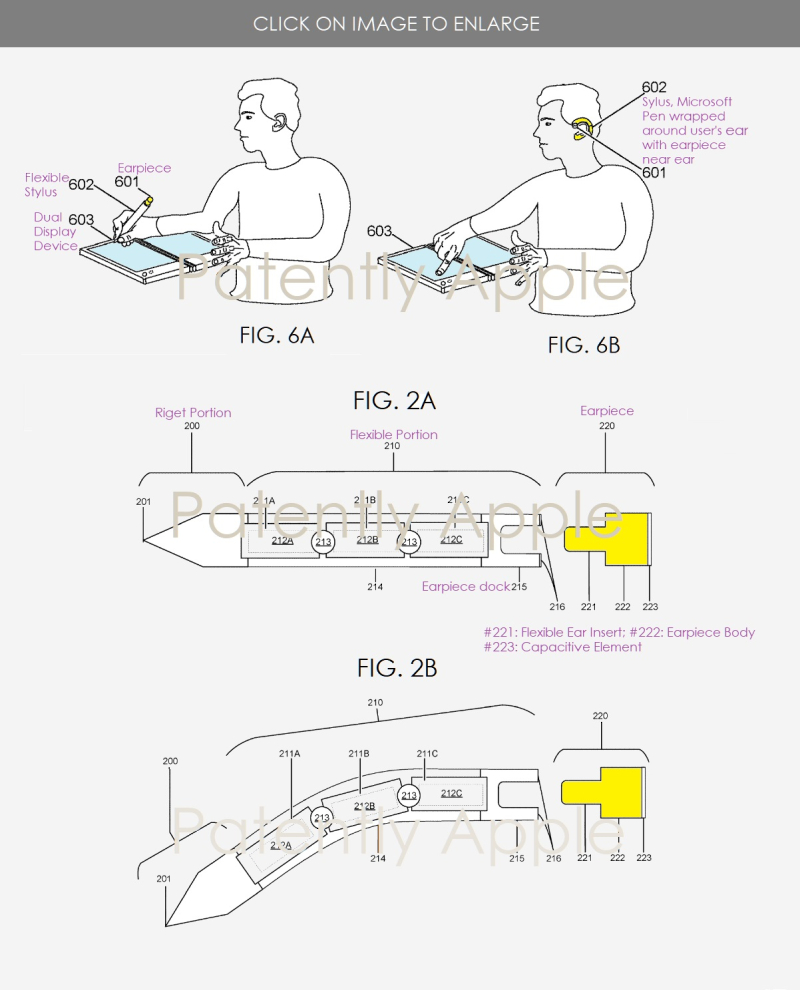 In yet another example, the input buttons may be used as an interface for controlling a digital presentation (e.g., "next slide" and "previous slide" buttons). The functionality of input buttons 306 may be mapped to different functions by different executing applications of the host device.

Another button may be used as a zoom screen function.

Microsoft mentions having the dual display device offering hover functionality which Microsoft had previously filed a patent for in April 2017.

Microsoft's patent was originally filed in December 2017 and published by USPTO earlier this month.