With Apple and Google App Stores owning 95% of all Mobile App Spending, the DOJ may want to end this Duopoly 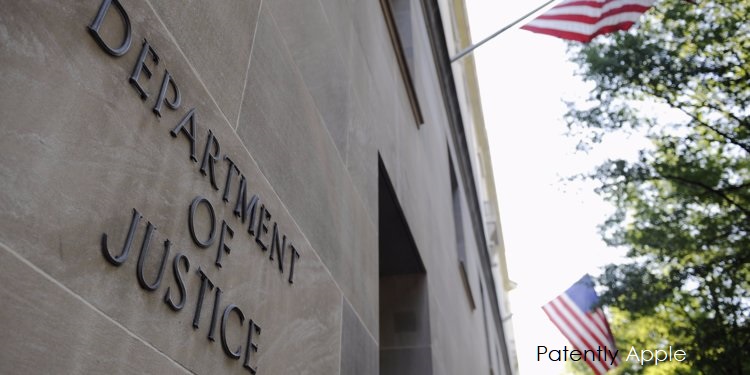 In a CBS interview with Apple's CEO that aired yesterday, one of the issues that were raised was whether Apple was too big or even a monopoly. Cook replied: "I don't think anyone reasonable will come to that conclusion that Apple is a monopoly." That was an innocent looking jab aimed at both the EU antitrust commissioner Margrethe Vestager and perhaps the Department of Justice (DOJ) who have both Google and Apple in their crosshairs, according to several recent reports.

Yesterday we posted a Patently Legal report covering a new class action lawsuit that was filed in Northern California against Apple by an iOS developer who claims that Apple was an abusive monopoly for not allowing another iOS app store to co-exist with Apple amongst many other gripes.

On Monday Patently Apple posted a report titled "The Stars are lining up against Apple as they now may be in the U.S. Government's Antitrust Crosshairs over the App Store."

The report notes that "Apple and Google have disparate main businesses, but they run the world’s two biggest app stores. More than $100 billion was spent through these marketplaces last year. Apple’s App Store handled 45% of that, while Google accounted for 25%. In the U.S., the two control more than 95% of all mobile app spending by consumers, according to Sensor Tower data.

This power means most developers must work with Apple and Google if they want to reach billions of smartphone users as customers. The companies take as much as 30% of app sales, creating highly profitable businesses -- but also a rising chorus of critics who see an exploitative duopoly as our report covered yesterday."

The creator of a weather app that is attending Apple's WWDC 2019 conference stated on Tuesday that "Developers and users have been hurt by this. Simply lowering their cut could spur all types of new apps and business opportunities. I personally have an app idea that isn’t feasible because of this 30% tax." The person asked not to be identified discussing such a sensitive topic. But others feel the same way.

On the good side of the ledger, Bloomberg points out that "Google and Apple have both highlighted their ability to filter out fake apps and malicious software, and to distribute apps widely. The companies handle identity and payment details, taking friction out of the sign-up process." I know that Apple fans appreciate this kind of assurance from Apple's App Store.

Apple has a history of working hard to protect user's private data. On Monday Apple went a step further and revealed new user protections coming to iOS and macOS this fall. One such feature is  called 'Sign in with Apple' (as pictured below). Instead of logging into apps using Facebook and Google sign in buttons for convenience, Apple fans will be able to login with a new 'Sign in with Apple' button that will stop ad tracking software dead in its track. 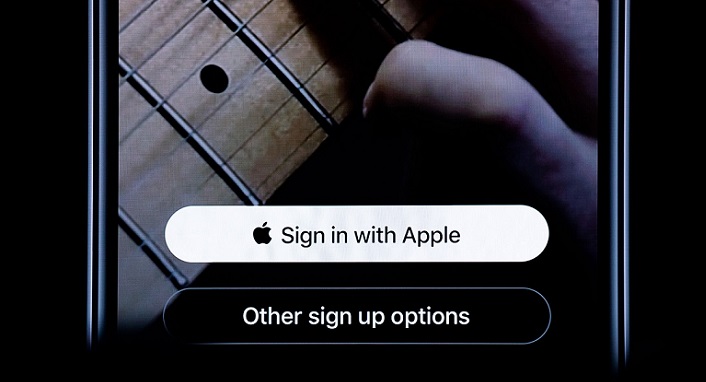 With that being said, Bloomberg's report states that this "may not be enough to avoid a U.S. antitrust investigation into these businesses."

Apple's CEO added in yesterday's CBS interview that scrutiny is good and that they'll tell their story to anyone that wants to hear it. Tim Cook is confident that they won't be found to be a monopoly and Apple legal is hard at work preparing for any surprise that the DOJ may throw at them.