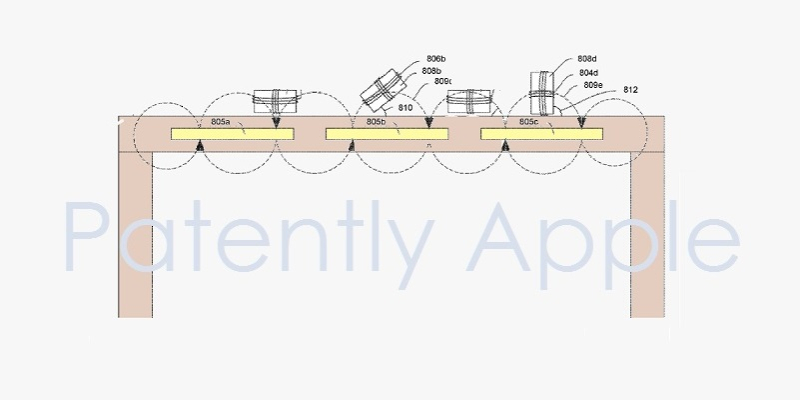 The U.S. Patent and Trademark Office officially published a series of 63 newly granted patents for Apple Inc. today. In this particular report we cover two patents. The first covers possible future Apple Store product demo tables that could wirelessly charge devices so to eliminate lightning cables. The second covers multitouch that was introduced on stage when the late CEO Steve Jobs introduced the original iPhone in 2007. We wrap up this week's granted patent report with our traditional listing of the remaining granted patents that were issued to Apple today.

Patently Apple first covered this invention in a patent application report back in 2016 that you could review here.

Apple's newly granted patent 10,331,259 covers their invention relating to Multipoint touchscreen commonly referred to as multitouch. Below is a photo of the late CEO Steve Jobs introducing the original iPhone in 2007 and pointing Multitouch as one of the 200 patented features on the iPhone. 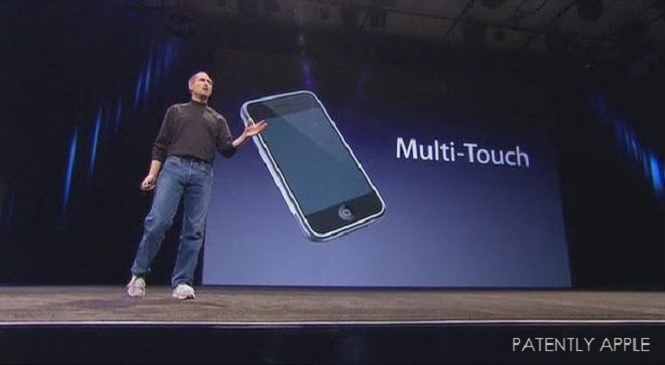 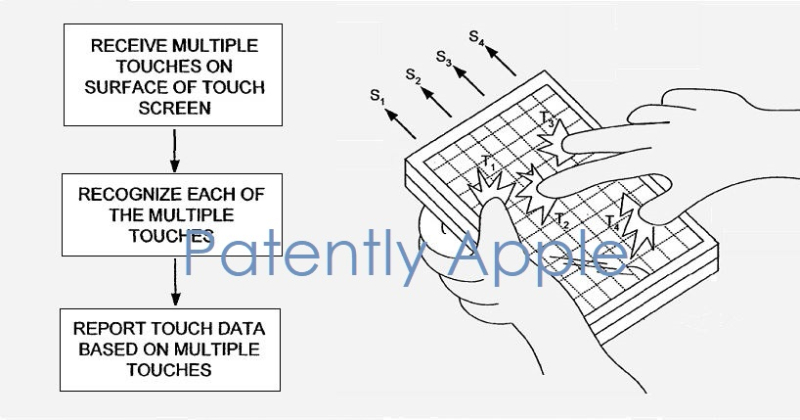 The 2012 patent listed 23 patent claims. Today's fifth granted patent for this invention now lists a whopping 56 claims which you could review here. 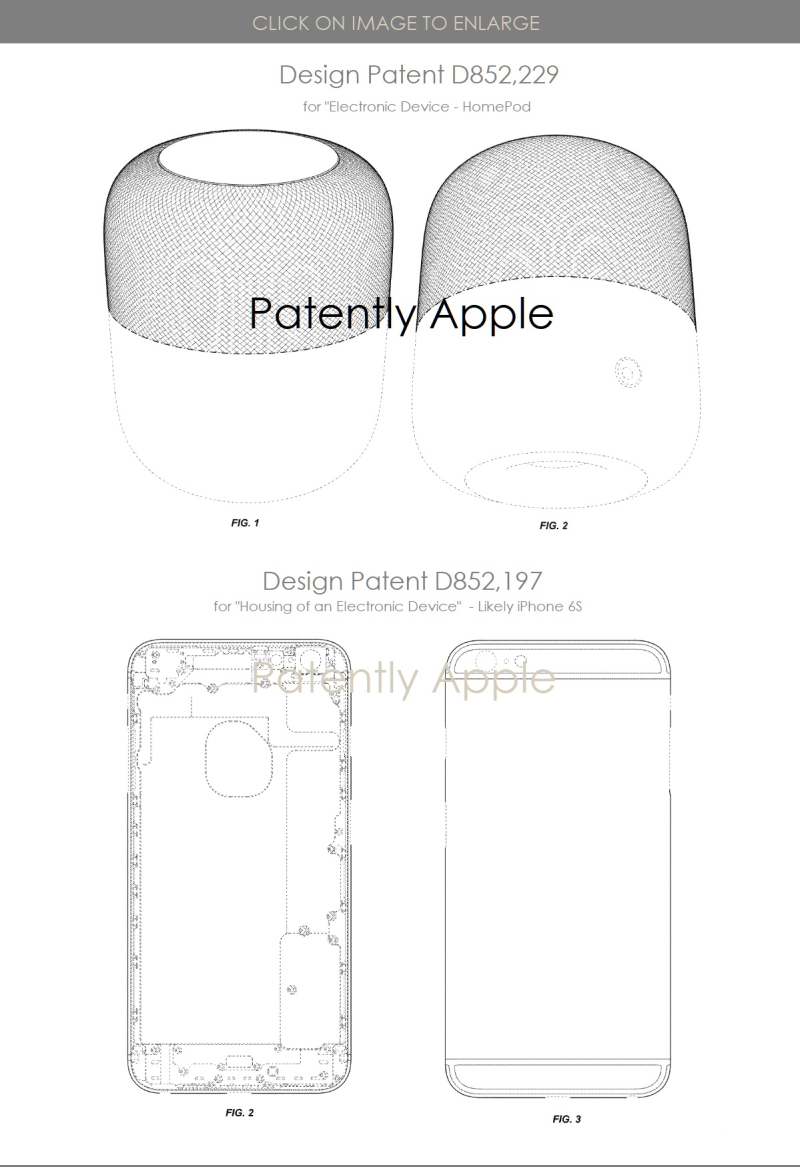 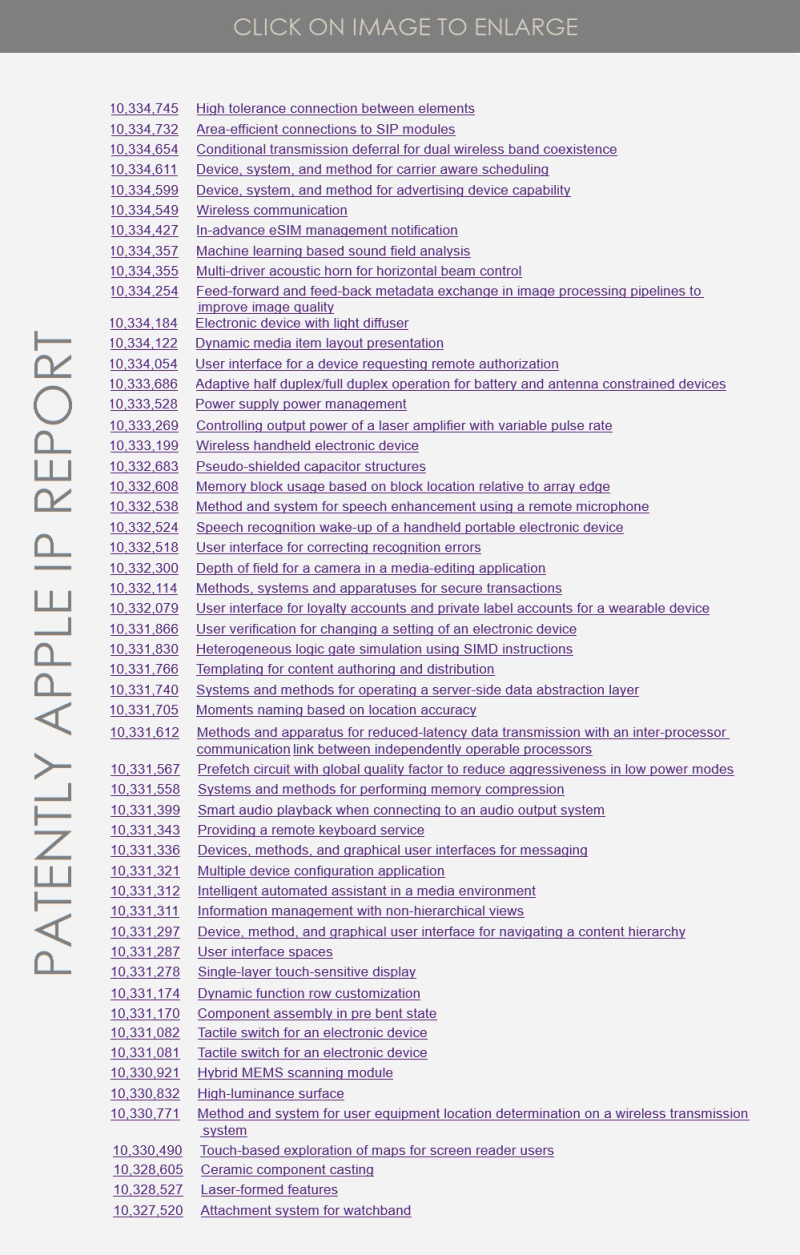