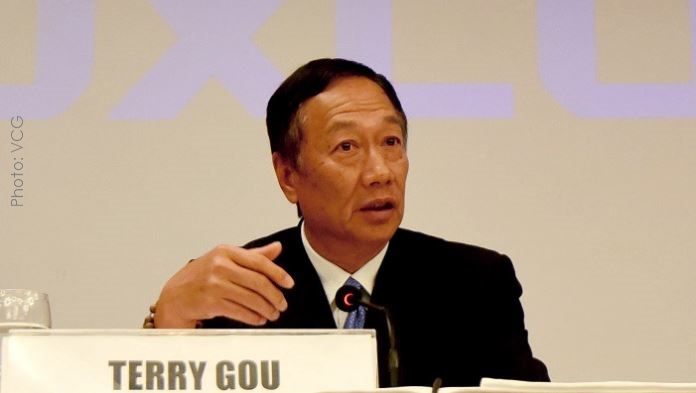 The week began with Apple sending a letter to U.S. Trade Representative Robert Lighthizer urging him not to proceed with the 25% tariffs planned against China. Apple had made a commitment to invest $350 Billion dollars in the US economy over the next five years due to the massive tax break given to U.S. companies by the Trump administration. Apple's letter silently threatened that their investment could be in jeopardy if the U.S. proceeds with their new tariffs.

On Wednesday news broke that Apple was reportedly preparing a fundamental restructuring of its supply chain that could Shift up to 30% out of China. The Apple letter the government was sent on Monday but only made public on Thursday. So the rumor of Apple preparing a supply chain restructuring after the letter was sent made sense if Apple feels that they need a backup plan sooner rather than later.

Yesterday Foxconn's Terry Gou handed over the chairmanship of his company so as to clear the way for his run for President of Taiwan. Gou announced that Liu Yang-wei, the current head of Foxconn’s semiconductor unit, will become chairman officially on July first.

After the announcement was made, Presidential Candidate Terry Gou wasted no time in making it public that he told Apple that they should move their production of iPhones to Taiwan, which of course would create jobs for his country.

According to a new Bloomberg report, Terry Gou is quoted as saying: "I am urging Apple to move to Taiwan." He later told reporters that "I think it is very possible," without elaborating.

The Bloomberg report further noted that "A significant shift of manufacturing from China to Taiwan -- which Beijing views as part of its territory -- may also exacerbate tensions between the two governments. Hon Hai, the main listed arm of the Foxconn Technology Group, is today the largest private employer in China, paying as many as a million mostly migrant laborers to put together everything from iPhones to HP laptops."

Patently Apple's report on Wednesday noted that "Key iPhone assemblers Foxconn, Pegatron, Wistron, major MacBook maker Quanta Computer, iPad maker, Compal Electronics, and AirPods makers Inventec, Luxshare-ICT and Goertek have all been asked to evaluate options outside of China, multiple sources say. Many other Apple suppliers such as print circuit board and casing providers are closely monitoring where these major assemblers would shift their production.

Patently Apple also reported back in October 2018 that Goer was moving production of AirPods out of China and into Vietnam. In December 2018 we followed up with a report titled "Apple Suppliers consider Plants in Vietnam as Trade War Tensions Rise & Huawei begins a boycott campaign against Apple." So the news of Apple suppliers considering a shift out of China has been in the making for some time now.

As a good businessman and now a good politician, Foxconn's Terry Gou wasted no time in trying to sell Apple into investing in Taiwan to avert ongoing tariffs and tensions with China.