Korean teach news is reporting today that Samsung Electronics is expected to unveil its latest phablet, the Galaxy Note 10, in two sizes for 5G models in early August and ship in late August prior to the release of Apple's next-gen iPhones.

The models will come in two display sizes -- 6.4 inches for the standard model and 6.8 inches for the premium one, which will be priced at around US$999 and higher depending on configurations. Samsung's Note 10 5G model will only be sold in Korea, starting at around US$1200, according to sources.

Samsung is hoping to gain more ground against Apple's premium phones. A new report by Counterpoint claims that Samsung gained a little over the iPhone in Q1 2019 – but never provided any data to back that claim.

Despite a slight decline in iPhone shipments in calendar Q1, Apple continues to lead the premium smartphone with 47% market share, almost double that of Samsung and triple that of Huawei which is likely to fall sharply later this year with US supplier problems mounting. 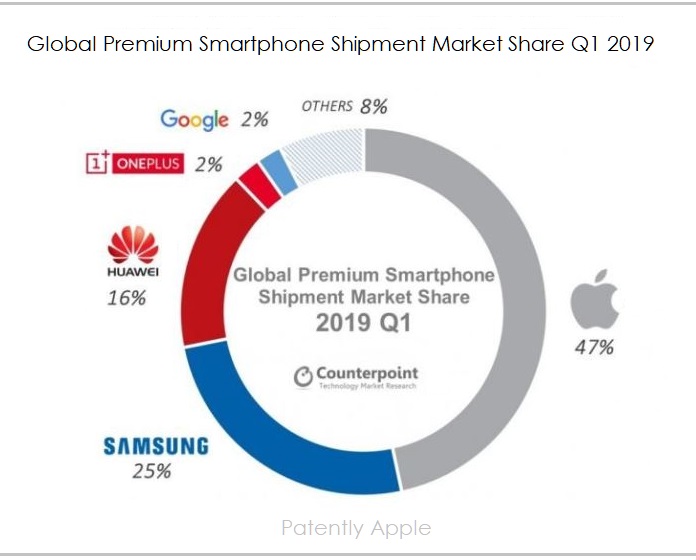 Besides the deep bias of Counterpoint's analyst Varun Mishra against Apple, the fact remains that Apple is the premium smartphone leader – not Samsung, Huawei or OnePlus, even combined.