In late May Patently Apple posted a report titled "With Google Suspending Android Services, Huawei Rushes to file two Trademarks in Europe for new 'Ark OS'." Today a new report states that Huawei has applied for a trademark in Europe for "Hongmeng." The report claims it’s the name of a Huawei operating system.

Reuters is reporting today that Huawei filed for a 'Hongmeng' trademark in countries such as Cambodia, Canada, South Korea and New Zealand. 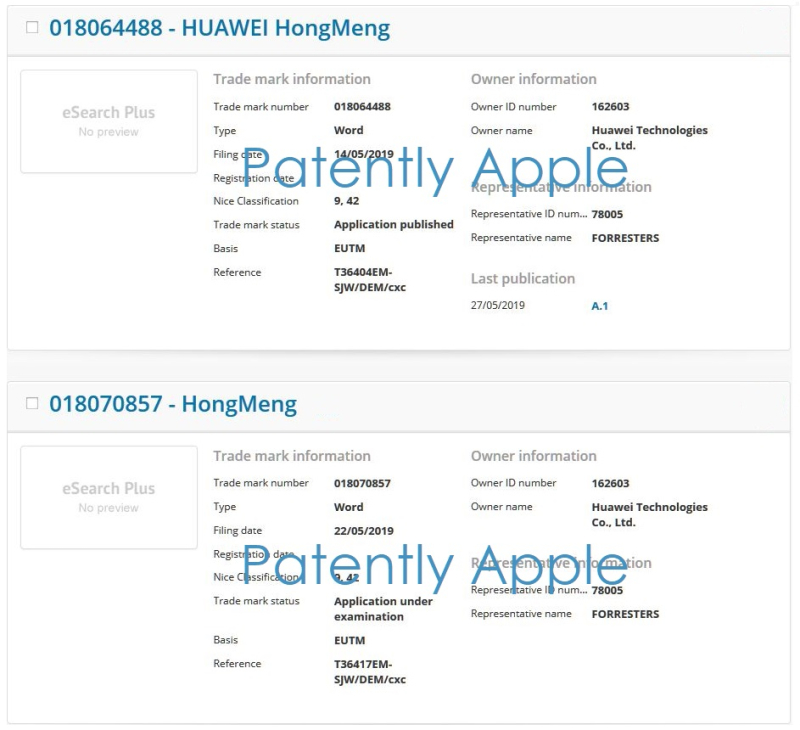 It's unknown at this time if the latest two filings for Huawei's Hongmeng will be limited to the Chinese market, with Ark OS for use in Europe and other English speaking countries.

The Reuters report further added that "Huawei has a back-up OS in case it is cut off from U.S.-made software, Richard Yu, CEO of the firm’s consumer division, told German newspaper Die Welt in an interview earlier this year.

The firm, also the world’s second-largest maker of smartphones, has not yet revealed details about its OS."