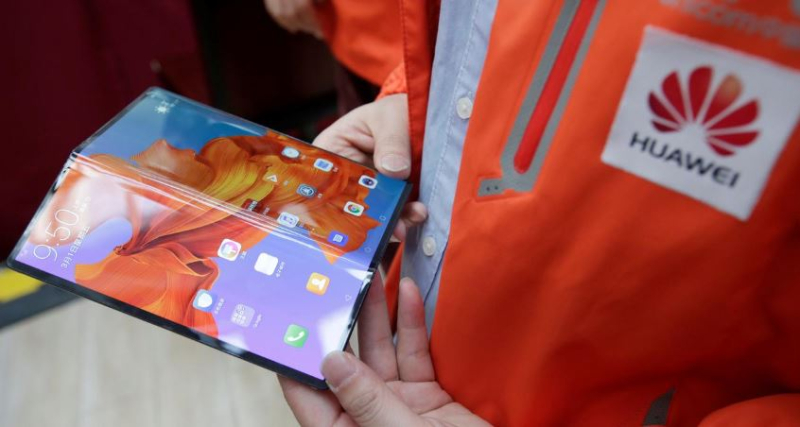 Yesterday Patently Apple posted a report titled "AT&T is the Second Distributor to Cancel Orders for Samsung's Galaxy Fold Smartphones." Today we're learning that Huawei has announced that their ridiculously expensive $2,600 Mate X foldable smartphone will be delayed for at least another 3 months to carry out a second round of tests after the Samsung Fold failed to launch due to a series of display disasters.

The Chinese tech company now plans to release the Mate X in September, according to Glenn Schloss, a vice president of corporate communications at Huawei. The launch had been expected in June.

A spokesperson for Huawei told CNBC: "We don’t want to launch a product to destroy our reputation."

While that may be the "official" excuse, being unable to launch the new device with Android is likely another headache as the company has filed for both Ark OS and Huawei "HongMeng" (OS) trademarks this month.

Vincent Pang, Huawei’s head of corporate communications told Reuters that Huawei could roll out its Hongmeng operating system (OS) - which is being tested - within nine months.