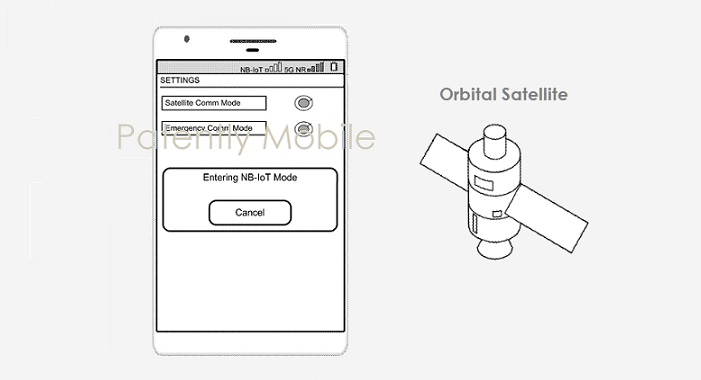 Earlier this month the US Patent & Trademark Office published a patent application from Google that could give Android smartphones another advantage over Apple's iPhone as they have being first with 5G. Google is exploring narrow-band satellite communications.

Like most patents, they don't reveal a company's marketing plans and so it's difficult to ascertain if Google is aiming to provide an elite communication service for law enforcement, industry players, lawyers that need access to affordable satellite smartphones.

Considering that Google's patent filing focuses on providing examples regarding "emergencies" where satellite communication could come in handy, Google may be considering a hybrid cellular-satellite Android smartphone that is capable of using satellite services in emergencies at a higher service fee when needed. Charges today can range from 0.80 cents to $1.80 per minute. But in emergencies, any user will deeply appreciate the added satellite capability in times of hurricanes, earthquakes, roadside problems in remote areas and more. In times of emergencies, users just need help and paying extra on your phone bill is the last concern for most.

In Google's patent background they state that wireless cellular-based communication has become a primary source of communication for many people, particularly when travelling outside of the home or office. In these situations, people rely on availability of a wireless cellular network to communicate with family, friends, emergency responders, doctors, or roadside assistance.

Additionally, many parts of the world have insufficient cellular service to allow a user device to communicate through a wireless cellular network. For example, a driver may become stranded on a remote road with vehicle problems and unable to contact roadside assistance via their cellular phone. In such a situation, the driver may have to choose between walking to a callbox or location with cellular service or waiting on the side of the road for another driver.

In another example, a hiker may be lost in a remote area without cellular service and unable to contact emergency services.

Similarly, an area that normally has wireless coverage may lose connectivity. For example, a disaster, such as a hurricane, earthquake, bombing, or tsunami can strike an area and damage cell towers. Unless user devices are able to reach unaffected cell towers, local residents are often unable to communicate remotely with each other and/or with emergency responders. Even minimal communication, such as location sharing, can help emergency responders locate people more effectively without resulting to manual searching techniques.

Google's invention filed with the U.S. Patent Office covers techniques for, and systems that enable, satellite-based narrow-band communication for communicating between a user device and one or more orbital satellites.

In some aspects, the techniques include a user device establishing a wireless connection via one or more orbital satellites using a narrow-band Internet-of-Things (NB-IoT) radio access technology (RAT).

In some aspects, the techniques include enabling the orbital satellite to implement a narrow-band communication scheme for communicating with a user device using fewer than all resource elements or subcarriers of a resource block.

The narrow-band communication scheme allows for focusing a link budget, otherwise allocated for an entire resource block, on a narrow band of the resource block. This focus of the link budget increases a power spectral density of signals sent within the narrow band, which increases a range of the signals. For example, narrow-band communication may be implemented with one or more resource elements spanning 15 kHz or 180 kHz of bandwidth, instead of typical wide-band allocations of 20 MHz to 1 GHz of bandwidth.

Google's patent FIG. 6 below illustrates an example user interface of a user device through which one or more aspects of satellite-based narrow-band communication can be implemented. 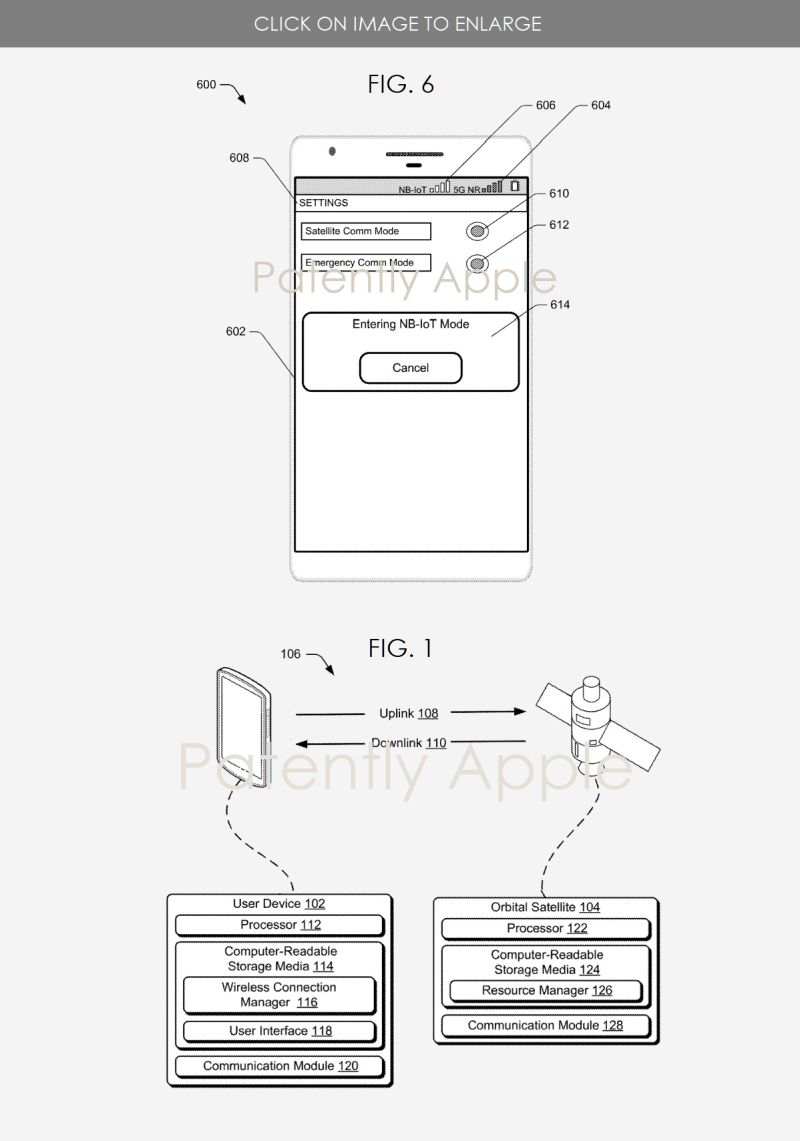 Google's patent FIG. 1 above illustrates example device configurations of a user device and an orbital satellite in accordance with one or more aspects of satellite-based narrow-band communication.

As far as patents go, Apple was miles ahead of Google with a patent published in 2013. One of the images from that patent is presented below. Though to be fair, Apple acquired the patent from Nortel; a granted patent dating back to 2006. Looking to the future, Apple obviously wanted to have some protection for a possible satellite phone.

In the end, while we don't know what Google's marketing plan is for such a feature for Android phones, we do know that Google is far more aggressive than Microsoft or Apple on jumping on new communication projects like they have with Google Fiber, which is still alive (despite some setbacks in certain markets) – and project Loon.

While satellite phones are illegal in certain countries, it would be a great new feature for the majority of Android phones in most G20 countries at some time in the future, and one that we also hope could be on Apple's radar for iPhone as well.

For more on this, see the full Patently Mobile report here.