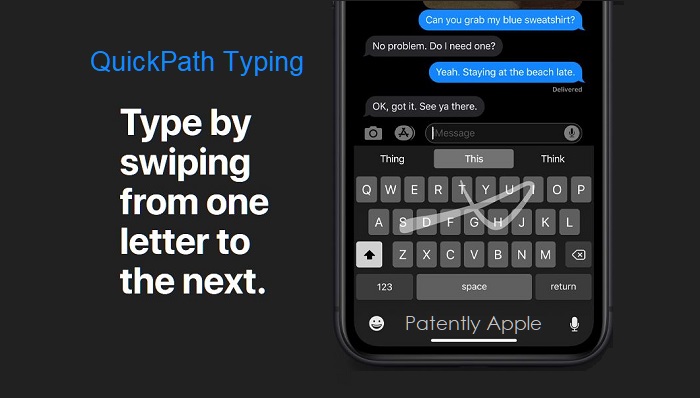 Apple has filed for the figurative version of their 'iPadOS' trademark in Europe while filing for the text-only 'QuickPath' trademark in both Europe and Hong Kong China. QuickPath, as our cover graphic presents, is Apple's version of swipe typing. Apple notes that they use on‑device machine learning that recognizes the path a user draws and converts it for them, making one‑handed typing a breeze.

Apple legal filed for the 'QuickPath' trademark in both Europe and Hong Kong, China today. The trademark is associated with the iOS 13 QuickPath Typing feature for its virtual keyboard coming in September when the next-generation iPhones are unveiled at a special event.

The trademark application in-part filed in Europe is provided below and only covers the word 'QuickPath' and not QuickPath Typing. 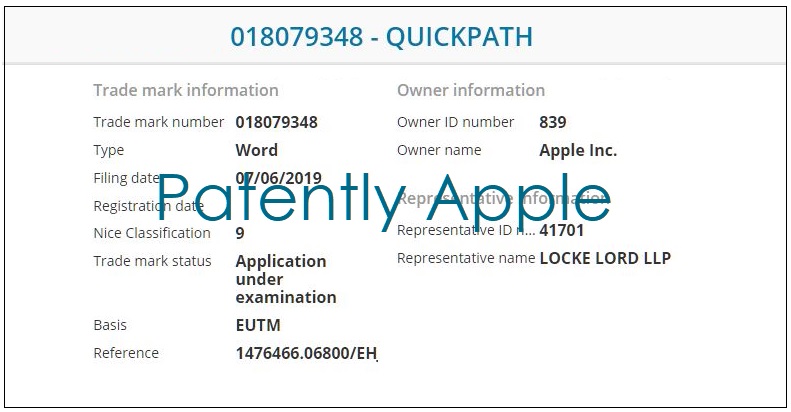 The application for the 'QuickPath' trademark in Hong Kong was filed under number 304950801. Both applications were filed under a single International Classification 009 which covers Apple's customization of the class as follows:

Apple Legal filed for the figurative trademark representing "iPadOS" in Europe today. The figure below is what they provided the European IP Office with in their application which is provided in-part further below. 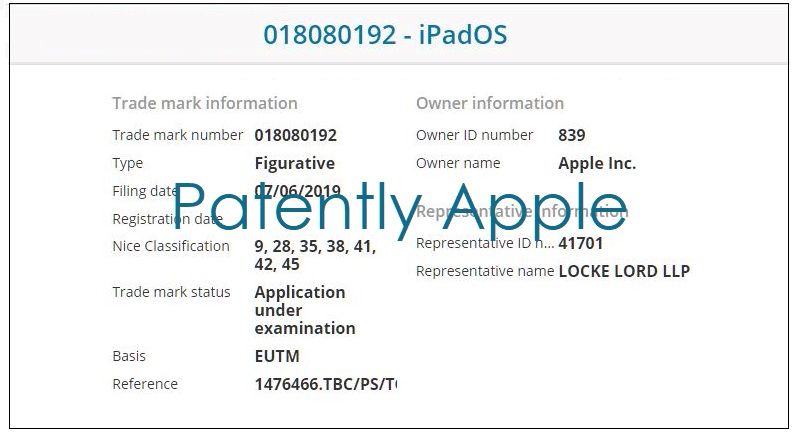 Apple filed their trademark specifically under International Classes 9, 28, 35, 38, 41, 42 and 45. Trademark classes are important because the trademark registration will only protect Apple's trademark(s) in the classes that have been identified in their application.

For some reason Apple at time hides the full descriptions of what they want protected under each class beyond the basics. For your convenience I've presented you with Apple's listed classifications by number below and added the basic coverage associated with each as outlined by the U.S. Patent Office which uses the "Nice Classification" system.