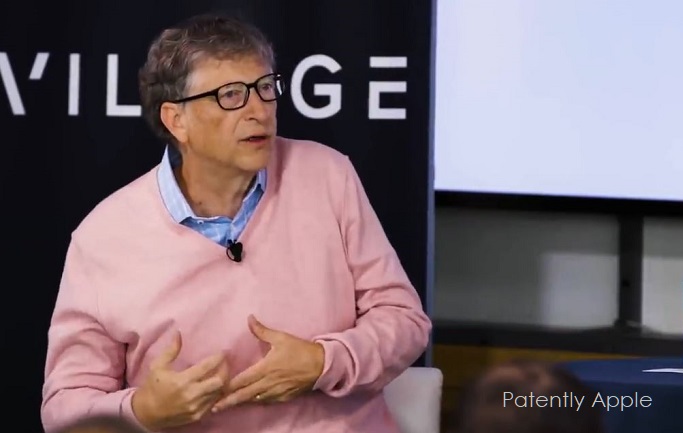 In March 2014 Patently Apple posted a report titled "Steve Ballmer Laughs no more at Apple's iPhone Revolution." Back in 2007 Ballmer stated in an interview that Apple may make a lot of money. But if you actually take a look at the 1.3 billion phones that get sold, I'd prefer to have our software in 60% or 70% or 80% of them, than I would to have 2% or 3%, which is what Apple might get. It was an arrogant statement that Ballmer and Microsoft had to eat as Apple went on to crush them in the mobile space.

Gates stated specifically that "The greatest mistake ever, was the mismanagement I engaged in that caused Microsoft not to be what Android is. That is, Android is the standard phone platform, non-Apple phone platform. That was a natural thing for Microsoft to win."

There's more in the video that may interest you. You could also read the report by The Verge that broke the news of the video here.