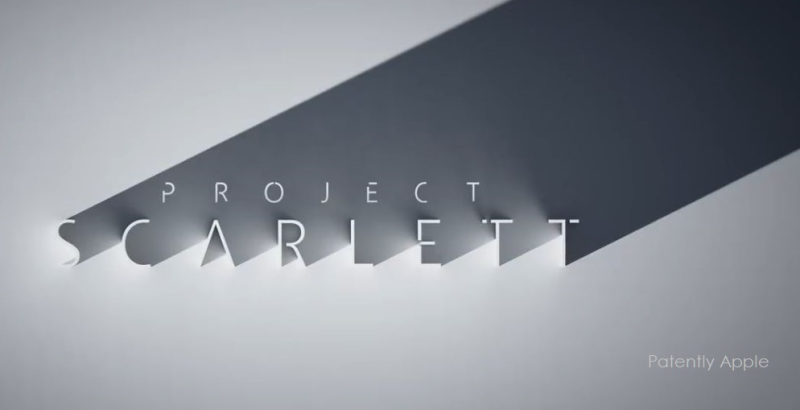 Back in mid-March Patently Apple posted a report that was in-part titled "Google Just Killed Console Gaming in the Blink of an Eye ..." Anyone seeing Google's introduction to their next-gen streaming service for games knew it had the potential of being an industry game changer.

The need to purchase an A-List video game at Best Buy for $55-90 to just play a single game is about to change forever. Finally a service is on the way that will allow members to play games till their heart's content for US $10/mo. The Games will be able to run at 4K for those having a fast internet connection and at 1080p minimum for slower connections. Fast interconnections only start at the modest speed of 35Mbps as shown in their promo graphic. 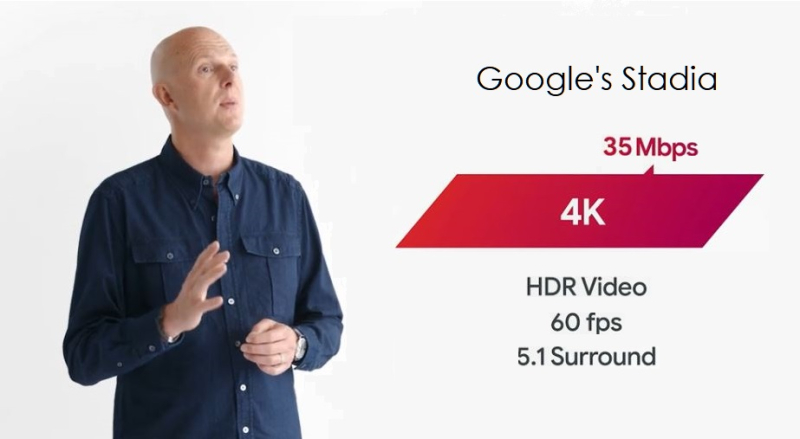 Better yet, members could run Stadia on any device that runs a Chrome browser. For Apple fans, it starts at iOS 11 and above. Google presented an update last week. For anyone interested in this new service could check out their update video below; read their blog here; and their developer blog here.

Some of the new games that they briefly introduced coming to Stadia on day one include: Ghost Recon Breakpoint (see below), Gylt, Baldur's Gate, Tom Clancy's Division, Metro and showed various developers on board for Stadia including Ubisoft, 2K, Bethesda, Crystal Dynamics and more.

Of course there could be a killer game or two that you won't be able to get on day one that could still force you to either purchase it for your console or to sign up for a second service, like Xbox Game Play.

The news of Stadia shocked Sony. They got completely blindsided as they don't have a server/cloud system that could compete with Google's Stadia. They rushed to sign a gaming partnership deal with Microsoft to put their gaming platform on Azure in the future.

Conditt then ribbed Google by saying that Stadia could very well flop just like Google Fiber, YouTube gaming, Google Plus and Google Glass and more. I'm sure Microsoft appreciated the FUD: A business tactic of asserting Fear, Uncertainty and Doubt into the market about a competitor's new product. Then again Google may have earned that slap in the head.

With that said, Google's service is likely to be a smash hit over night in the markets that they've chosen to launch in where broadband is healthy, including the US, Belgium, Britain, Canada, Denmark, Finland, France, Germany, Ireland, Italy, Spain, the Netherlands, Norway and Sweden.

Google and AMD partnered on Project Stream and delivered 1080p game play for Assassin's Creed Odyssey. That was revealed at CES in January and the presentation was a jaw dropper. Google's testing worked and it's likely to deliver as promised this fall. You could check it out at the 3:22 mark of the video below.

Yesterday afternoon, Microsoft got ahead of the E3 show to showcase what's happening with the Xbox and talked up streaming games at fever pitch levels so that they can close the door to switchers running to Google's Stadia.

Yet to show you that Microsoft got caught flat footed, they spent time talking-up their 2020 next-gen console known as 'Project Scarlett.' Why are they still pushing a console? Well, they're promising 120fps game play and supporting 8K. Though 5G wireless services will allow the same type of game play for Stadia.  Maybe Microsoft is supporting fans that still want to play older games that they purchased in the past. Who knows, but with the announcement of Stadia, consoles now look like dinosaurs all of a sudden.

Google's Stadia is promising is to turn the gaming world upside down. It reminds me of Apple's iTunes breakthrough for music. Why buy an album when all you want is a single tune. With Stadia it boils down to why own another console when $10 a month allows you to play more games and on any device that you own that runs the Chrome browser (Window, iOS, TV, Android). Technically, the need to update expensive consoles every couple of years is over.  On a personal note, I haven't played enough top tier games yet to have justified the cost of my PS4. I'm sure others feel the same way.

Of course Apple Arcade is another killer gaming platform/service coming this fall that will allow Apple fans to play 100 original titles on Macs, iPhones, iPads and on Apple TV. It's a different kind of gaming experience with more of an arcade feel that's extremely popular with Apple fans.

Apple's CEO stated during their last financial conference call: "The App Store is already the world's biggest gaming platform and we think Apple Arcade is a way to unleash the creativity of the game developer community with a collection of new games not available on any other mobile platform or in any other subscription service."

Clearly Apple is going to have a runaway smash hit service of their own with Apple Arcade this fall. For Apple fans that prefer A-List games, we learned today from E3 that Bethesda is testing out Doom on new streaming technology (not a platform), that Apple fans could try out here for free. You may need a Google account to view the video below.

Better yet, iOS users will be able to sign up for Xbox Game Pass. Windows Central offers a walkthrough on how iOS users can access the Game Pass app beta for iOS here.

For many, signing up for more than one service during the holiday season may be the way to go in order to give you more gaming choices. Being that I want to play games on my large TV, I'm likely to go with both Stadia and Apple Arcade. Xbox fans that include iOS fans could choose Xbox Game Play or Stadia depending on their personal preferences.

However you spell it, it looks like there's going to be a huge leap in gaming options for fans this holiday season and I'm sure that's nothing but music to their ears.