Home Archives Contact Us Subscribe Twitter MeWe Facebook Patently Mobile
The Stars are lining up against Apple as they now may be in the U.S. Government's Antitrust Crosshairs over the App Store
Apple Granted First Apple News+ Patent Originally from Texture 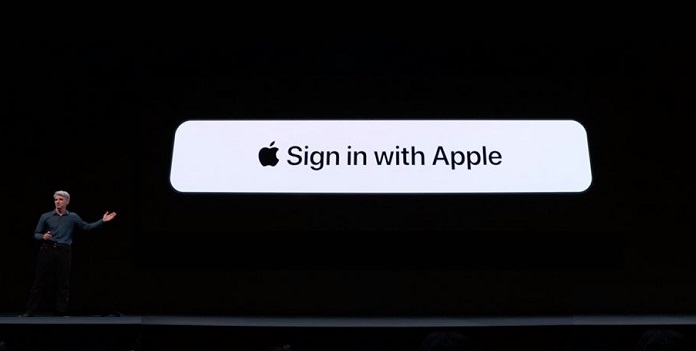 Apple delivered a new security feature called "Sign in with Apple." While many sites are now allowing consumers to sign into other sites with a common Facebook or Twitter account, Apple warns that in doing so, ad companies will be able to track you across a larger number of applications. Apple has now created  a new "Sign in with Apple" feature which Apple claims will fool ad companies trying to track you. This is a great security feature Apple fans will really appreciate.

Tomorrow CBS will release a full interview with Apple's CEO but their teaser as presented below is interesting. CBS anchor Norah O’Donnell asked Tim Cook whether their  new “Sign in with Apple” security feature introduced today was a shot at their competitors.

On the spot, Cook talked around it but in reality, of course it was a shot against their competitors, just like the slide shown below was a shot against Google's Android. Though in the bigger picture, Apple is simply looking at where Apple fans need protection from advertisers prying and spying nature and creating iOS features to assist their users.