Yesterday the Hong Kong Patent Office granted Apple a series of Design Patents for Animoji related graphics and more. More specifically, in this second and last design patent report of the day we cover two sets of four Animojis each. The first set presents four characters in three poses each. The second set presents four characters with each illustrating a range of expressions.

Below are patent figures from 8 design patents that were granted to Apple by the Hong Kong Patent and Trademark Office on Friday. The design patents are broken down into two distinct sets of four patents. One set covers 'Poses' while the other set covers 'Expressions.' 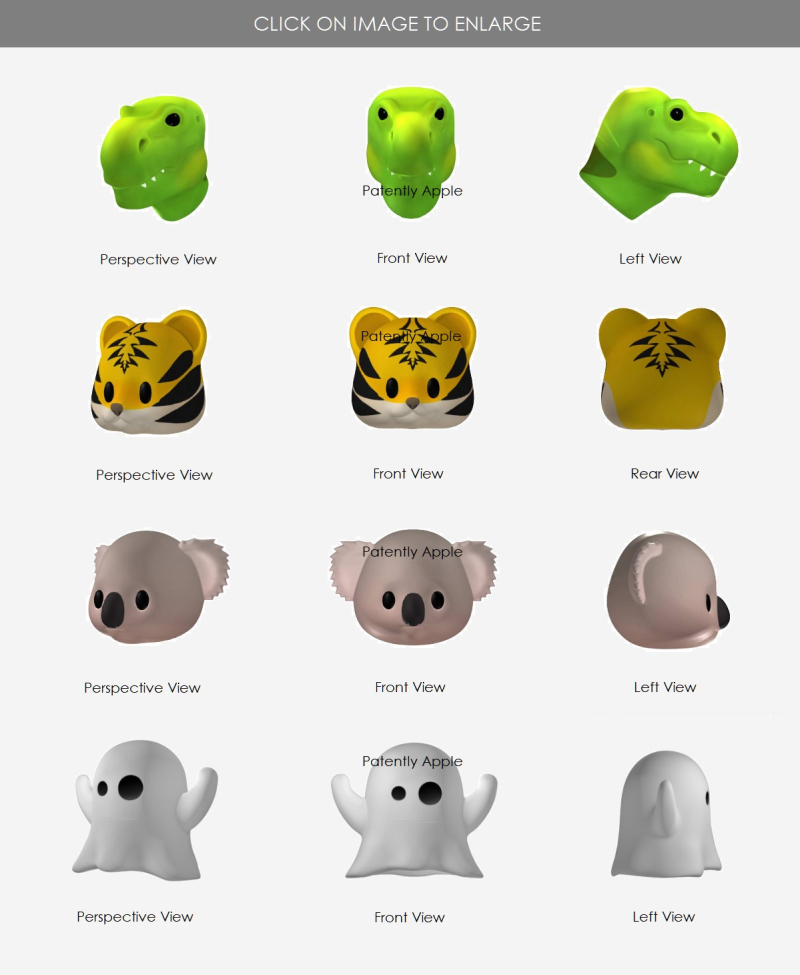 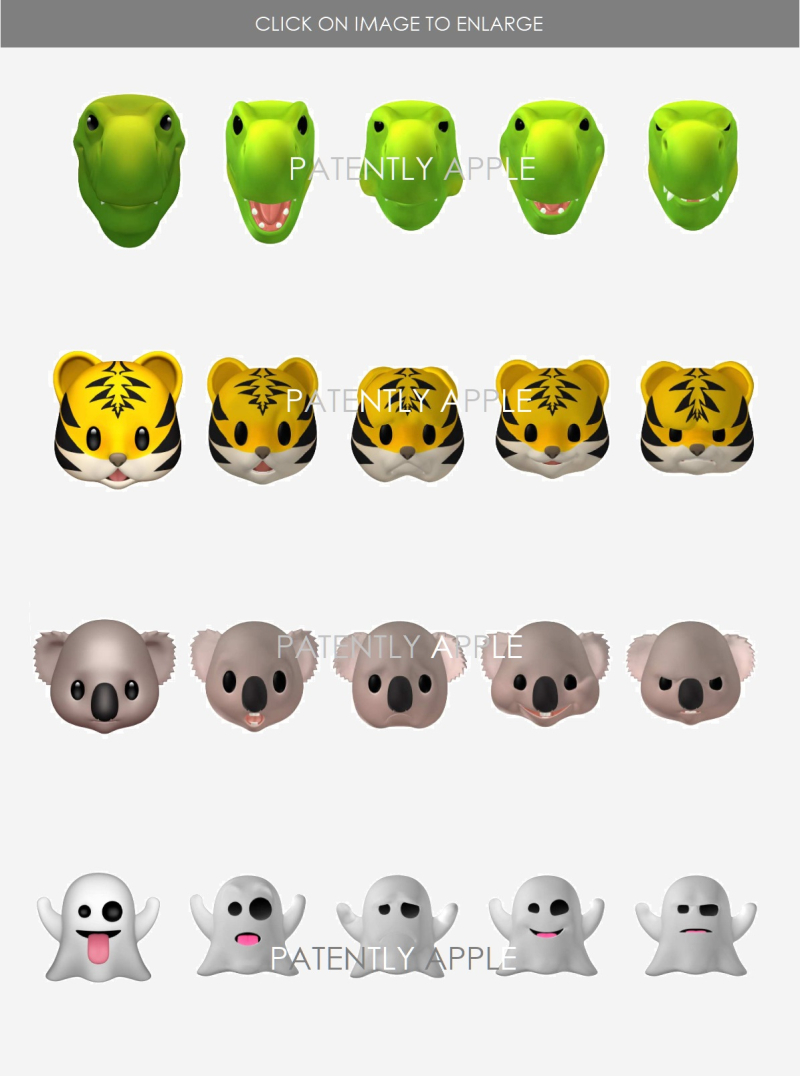 All of the Animoji related design patents presented above were filed under Locarno Class 14-04 which represents "Screen Displays and icons."

Apple has many more Animojis characters that they've yet to file design patents for including some of their most recent characters representing a Shark, owl, giraffe, and boar.