The U.S. Patent and Trademark Office officially published a series of 67 newly granted patents for Apple Inc. today. Earlier today Patently Apple posted three granted patent reports (01, 02 & 03) covering topics such as Project Titan, which relates to future vehicles of one sort or another; solar panels; and Apple News+. In this last granted patent report of the day we briefly cover an Apple Pencil patent along with a design patent for HomePod with an animated light display. Lastly, we wrap up this week's granted patent report with our traditional listing of the remaining granted patents that were issued to Apple today.

Apple's newly granted patent 10,310,639 covers their invention relating to Apple Pencil. Patently Apple covered this invention back in March 2017 in a report titled "Apple Reveals new Attachment and Recharging Solutions for the Next Generation of Apple Pencil."

Apple's patent FIG. 11E below depicts Apple Pencil incorporating a power connector that is configured to electrically couple to an external surface of an electronic device; FIG. 11F depicts the stylus and electronic device of FIG. 11E in a mated configuration. 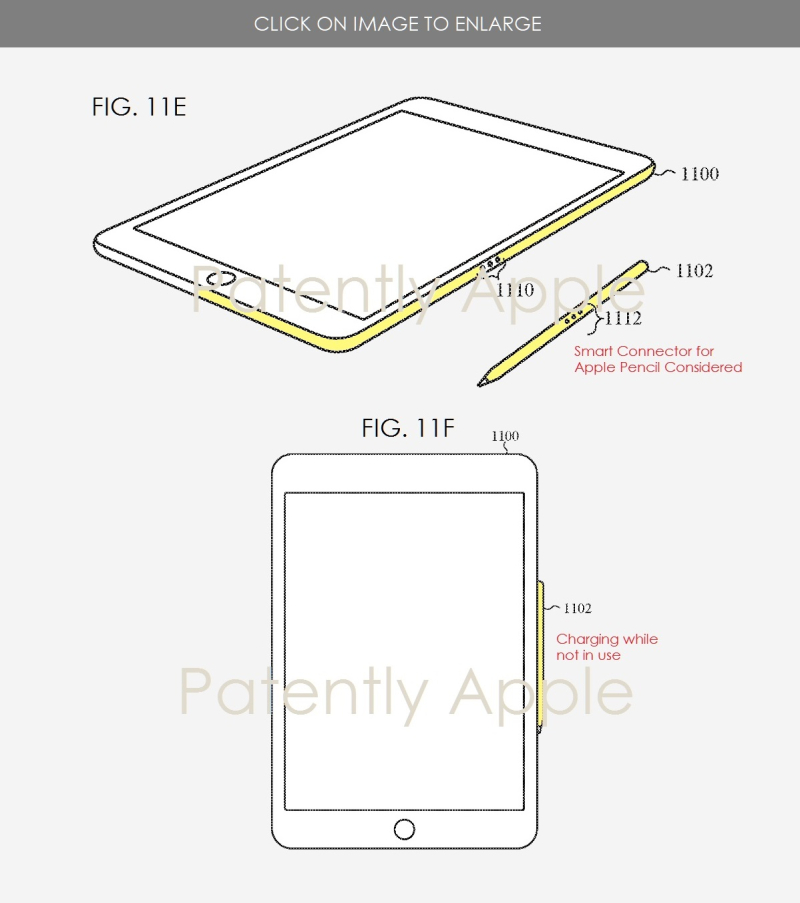 Apple introduced their second generation Apple pencil with its magnetic feature that was first illustrated in this 2017 patent on October 30, 2018. This is a patent fulfilled.

You could review our original report here for a quick review or check out Apple's granted patent 10,310,639 in full here.

While we're on the top of Apple Pencil, we learned yesterday during the WWDC 2019 keynote from Craig Federighi, Apple's SVP Software, that the latency of Apple Pencil today is an amazing 20 milliseconds and will be dropping to only 9 milliseconds this fall when Apple's third generation Apple Pencil is introduced. 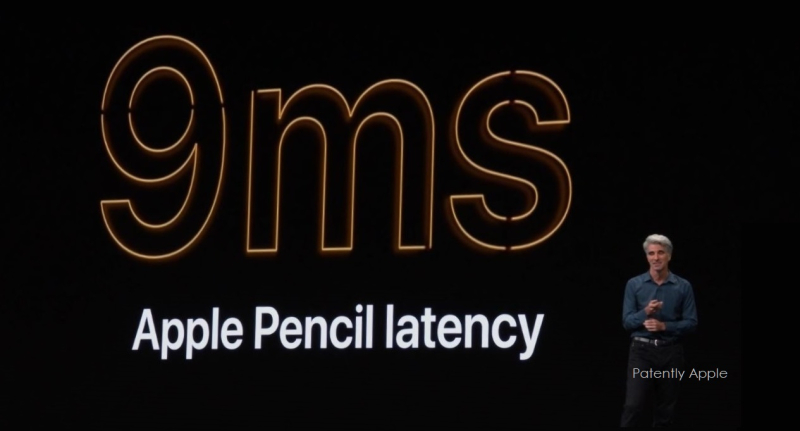 Apple was granted design patents today for iPad Cover under #D850,452 (not shown) and "HomePod with Animated Light Display" under #D850,486 as presented below with the design patent figure juxtaposed to the actual product. 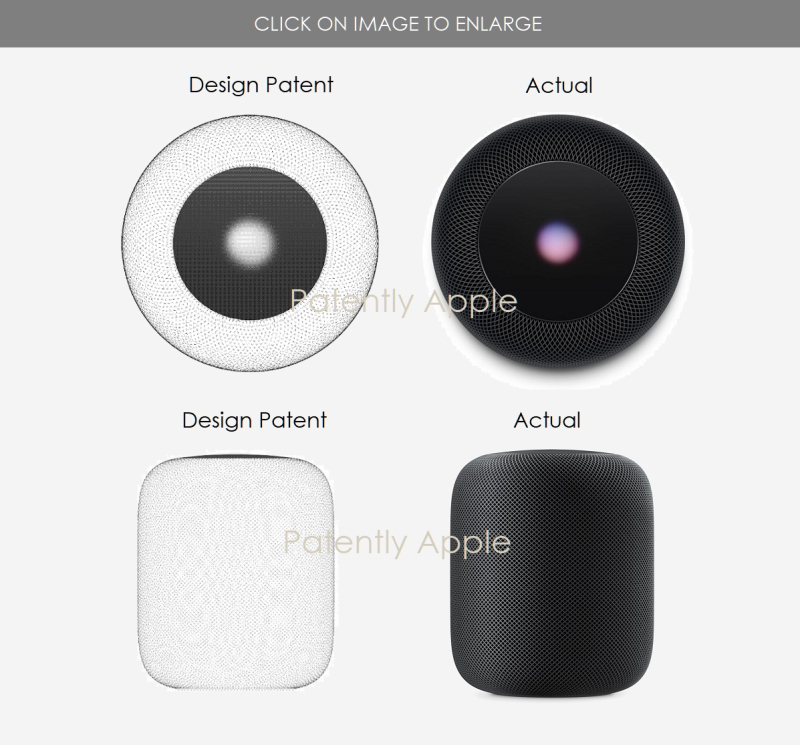 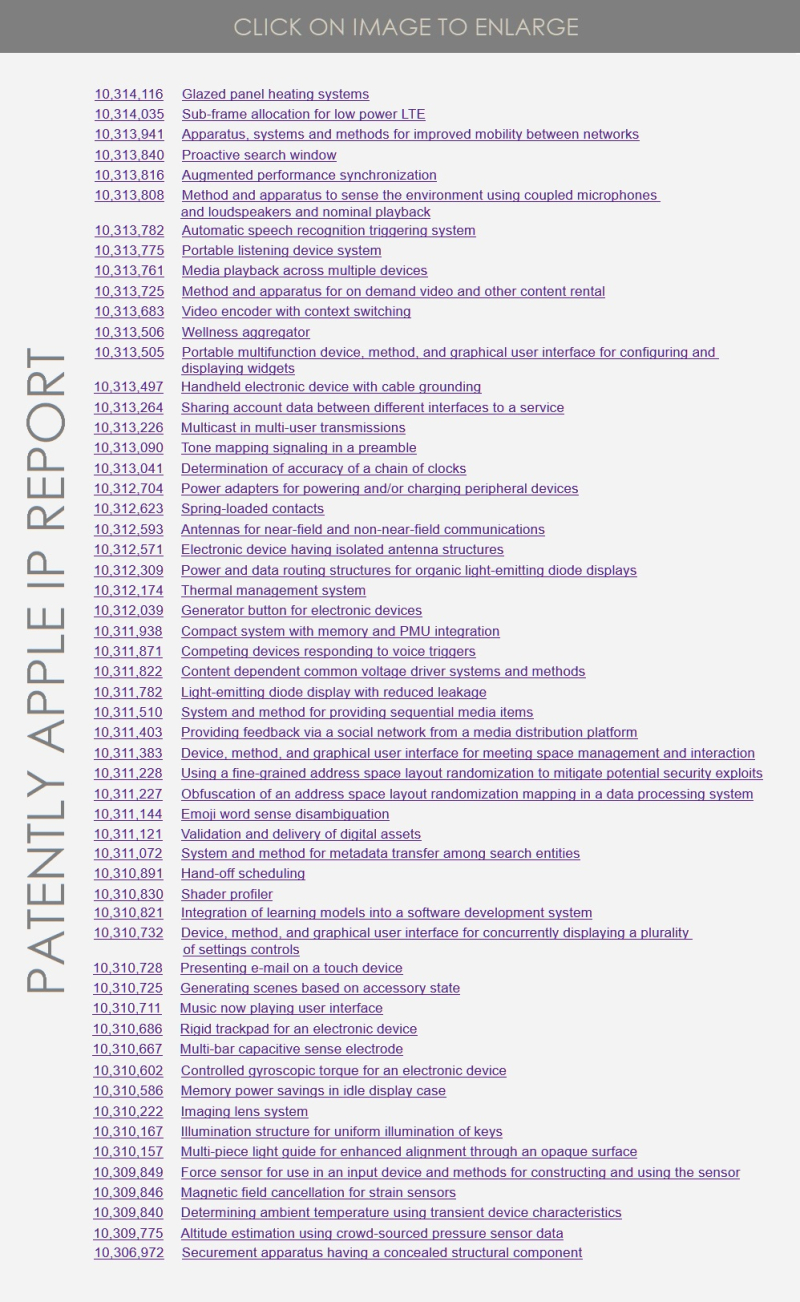