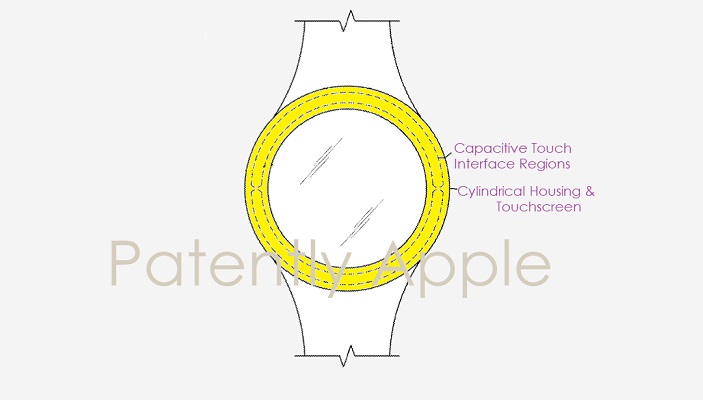 The U.S. Patent and Trademark Office officially published a series of 34 newly granted patents for Apple Inc. today. In this particular report we cover two major patents and an Apple Store design patent that covers a shelving unit that supports an HDTV. We wrap up this week's granted patent report with our traditional listing of the remaining granted patents that were issued to Apple today.

Apple's newly granted patent 10,324,549 covers their invention relating to Apple Pencil, the new touch controls on the Pencil and format menus that could pop-up to give users more control over editing images.

For example, a stylus can have touch sensors built into its body, covering an area where a user's hand is expected to contact the stylus while in use. In response to detecting contact with the touch sensor, the stylus can communicate to the computing device that the stylus is in an "active" state, and the computing device can present a graphical user interface with input elements adapted for stylus input" which is presented in patent FIG. 6 below. 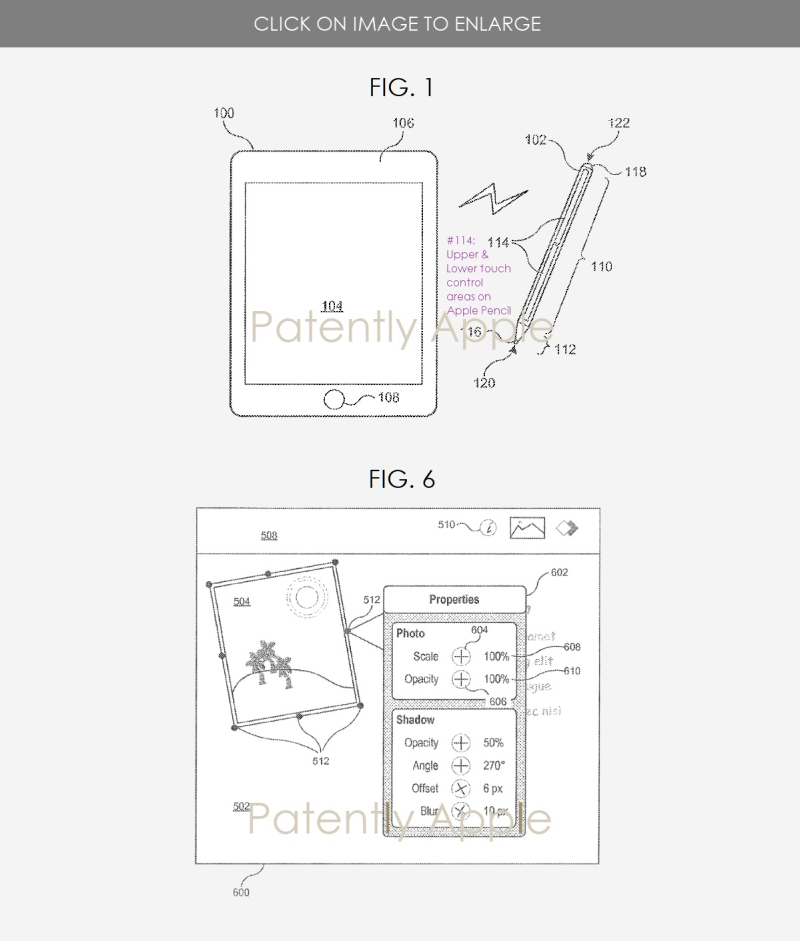 Apple's newly granted patent 10,324,620 covers their invention relating to capacitive touch gestures working with the bezel and side areas on an Apple Watch with round or square interfaces along with areas of an Apple Watch band. 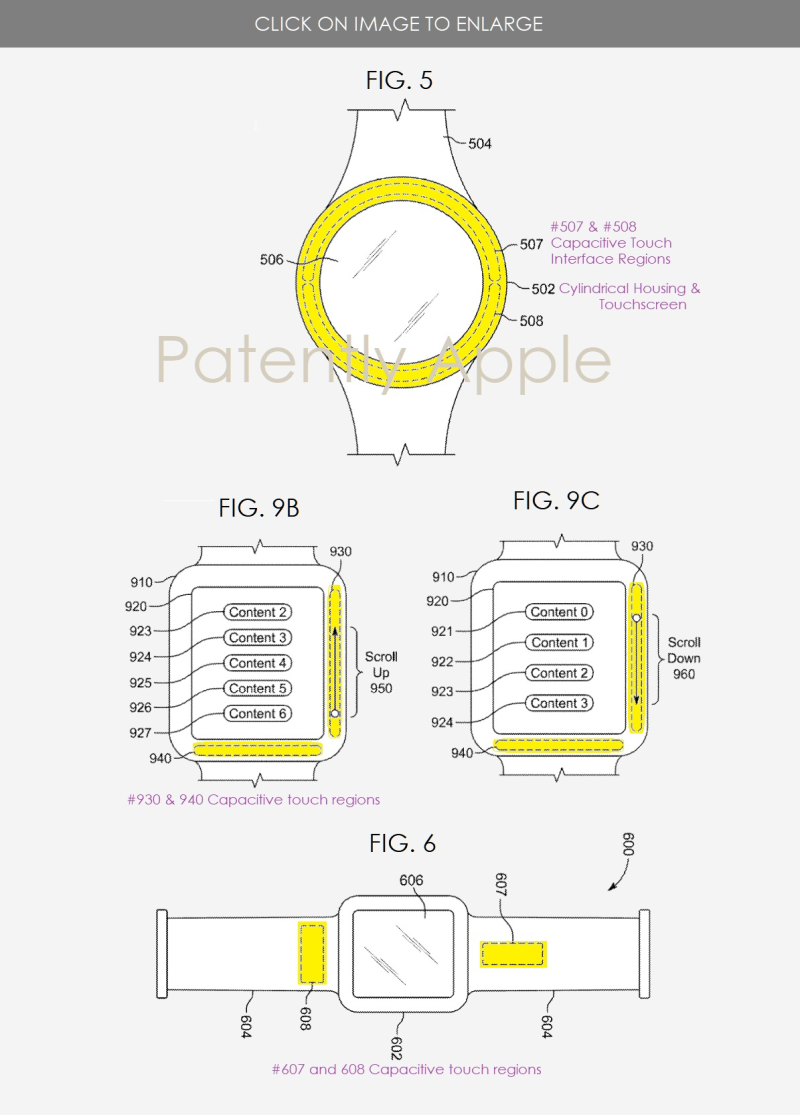 The capacitive touch gestures could control scrolling, zooming in or out of photos or maps, right-to-left shifting and more.

Apple was granted design patent D851,428 for an Apple Store shelving unit that contains an HDTV hanging to showcase Apple TV and more. I've seen many variants of this particular unit over the years but haven't seen the particular layout Apple presents below in their patent figures. 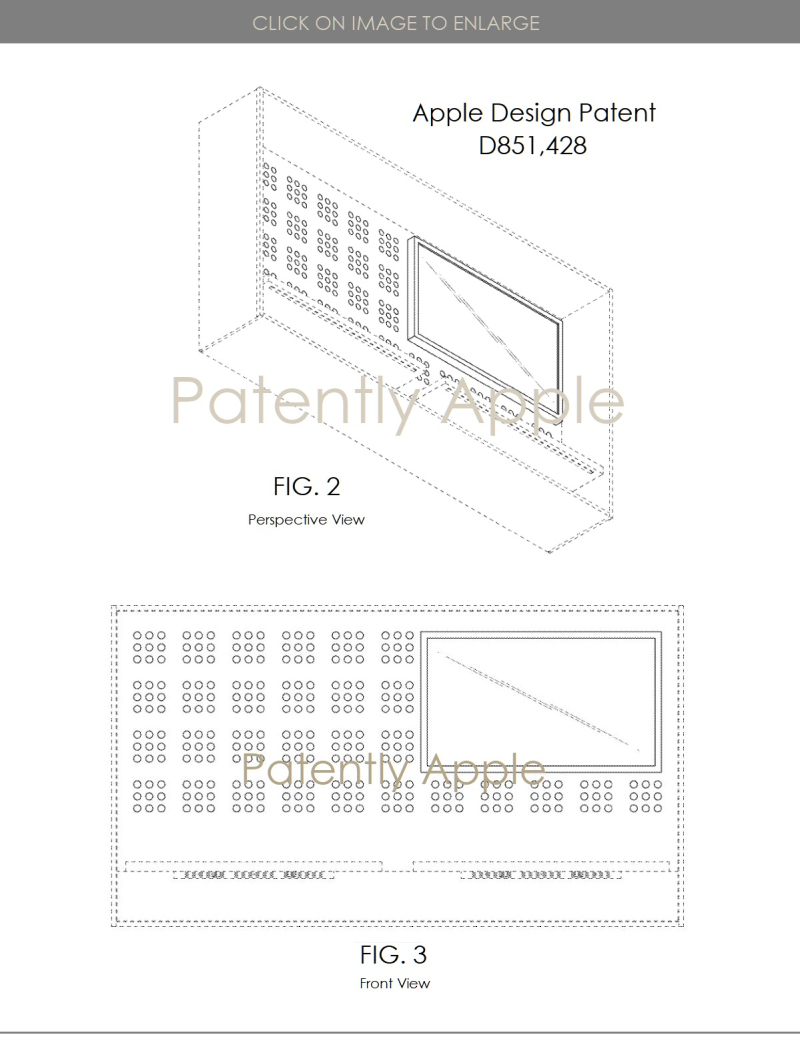