Our cover graphic illustrates Apple’s new headquarters in Cupertino which is powered by 100 percent renewable energy, in part from a 17-megawatt onsite rooftop solar installation.

Today, Apple was granted a patent for "Photovoltaic Arrays" or solar panels, a patent that they acquired from SolarCity as shown below. 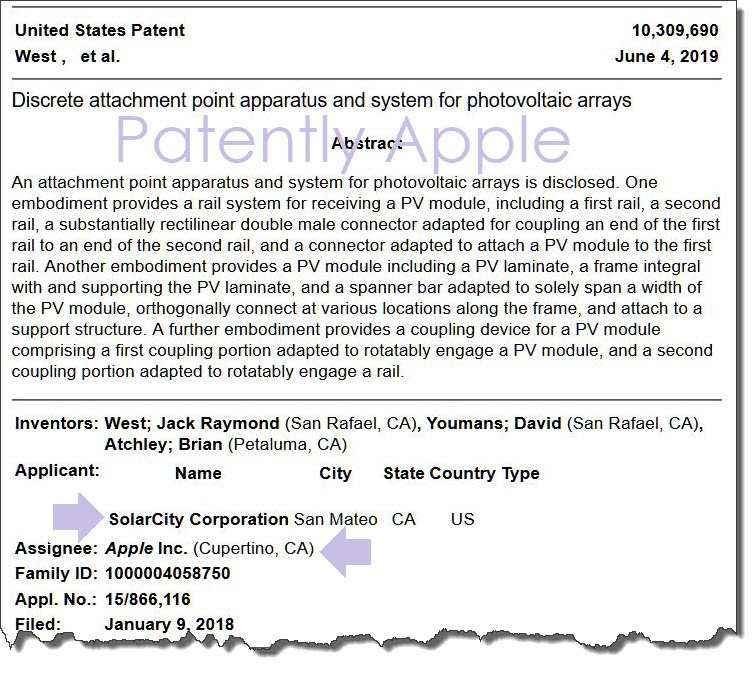 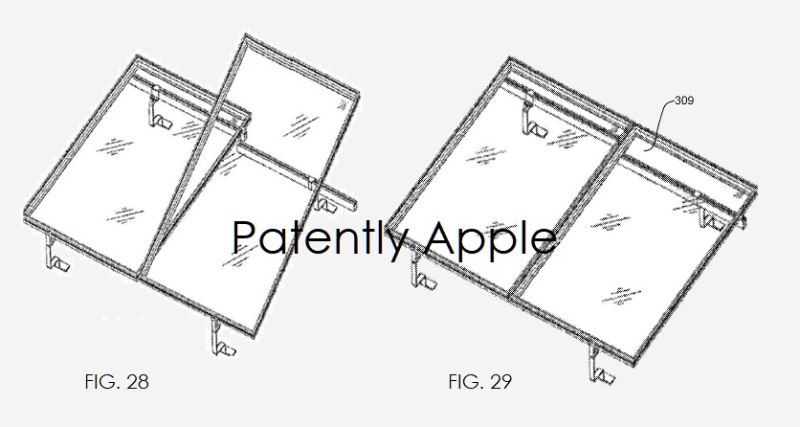 Apple's granted patent 10,309,690 was originally filed in Q1 2018 by Apple and published today by the US Patent and Trademark Office. SolarCity was first granted this patent in 2012 under number 9863665. SolarCity was acquired by Tesla in 2016.

Obviously Apple wanted to own this technology that is going into their many projects.