Home Archives Contact Us Subscribe Twitter MeWe Facebook Patently Mobile
Apple Wins a Patent for Next-Gen Light-Based Touch Buttons & Controls for the iMac, Trackpads, Keyboards, Car Dashboards+
Apple Sends an Indirect Message to Wall Street that iPhones can be made outside of China if the US-China Trade War Escalates 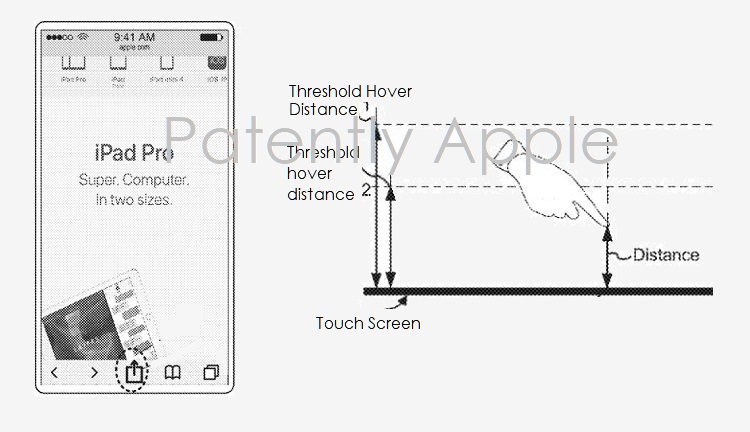 Apple has been working to allow users to control their devices without ever touching the display with 'Hover' capabilities going back to 2008. Apple's patent filing turned into a granted patent in 2011 and we covered it in a report titled "Apple Wins a Multi-Touch Patent Relating to Hover & Gesture Detection." In 2015 we posted another report on this technology titled "Apple Advances Touch and Hover Sensing Technologies for Future iDevices."

Today the U.S. Patent Office granted Apple a major hover technology patent. The patent shows that Apple has advanced and extended hover controls to Apple Pencil for iPad Pro as our cover graphic reveals in-part. In addition, gestures that Apple fans use every day like pinch to zoom and swipe gestures on their displays are just a few that could be converted and used as hover gestures in the future. 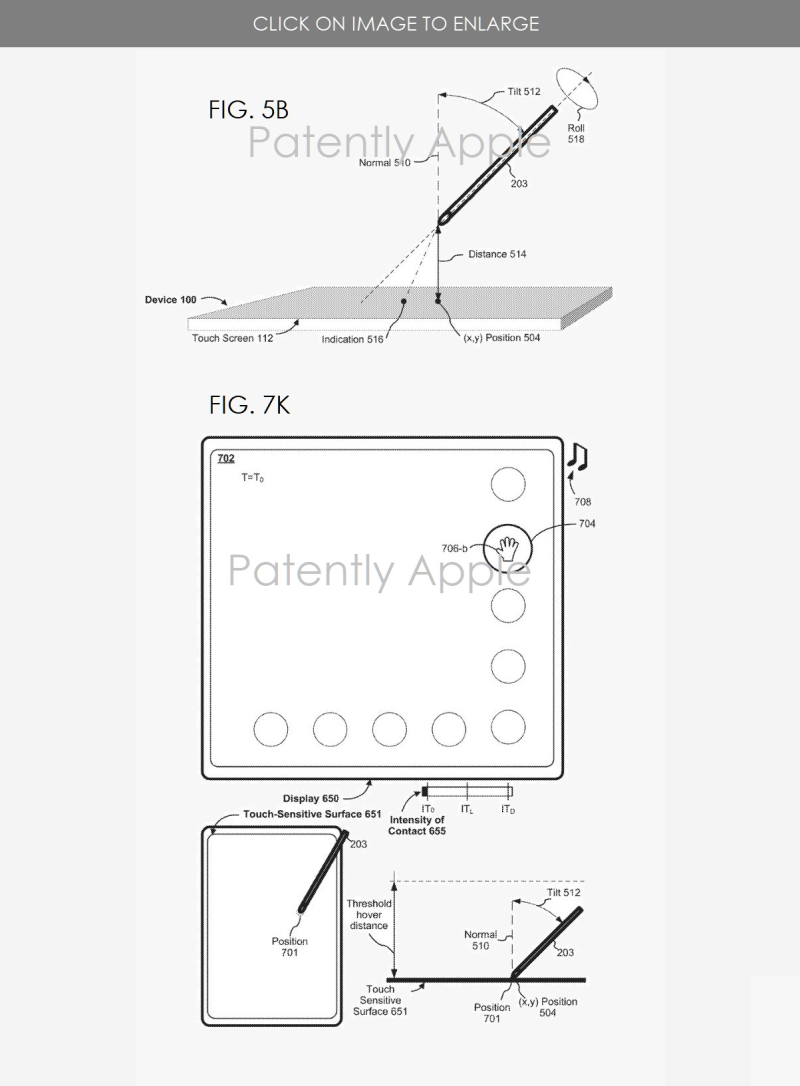 Apple's patent FIG. 7K above illustrates an exemplary user interface for interacting with a user interface object through proximity-based (hover) and contact-based inputs. 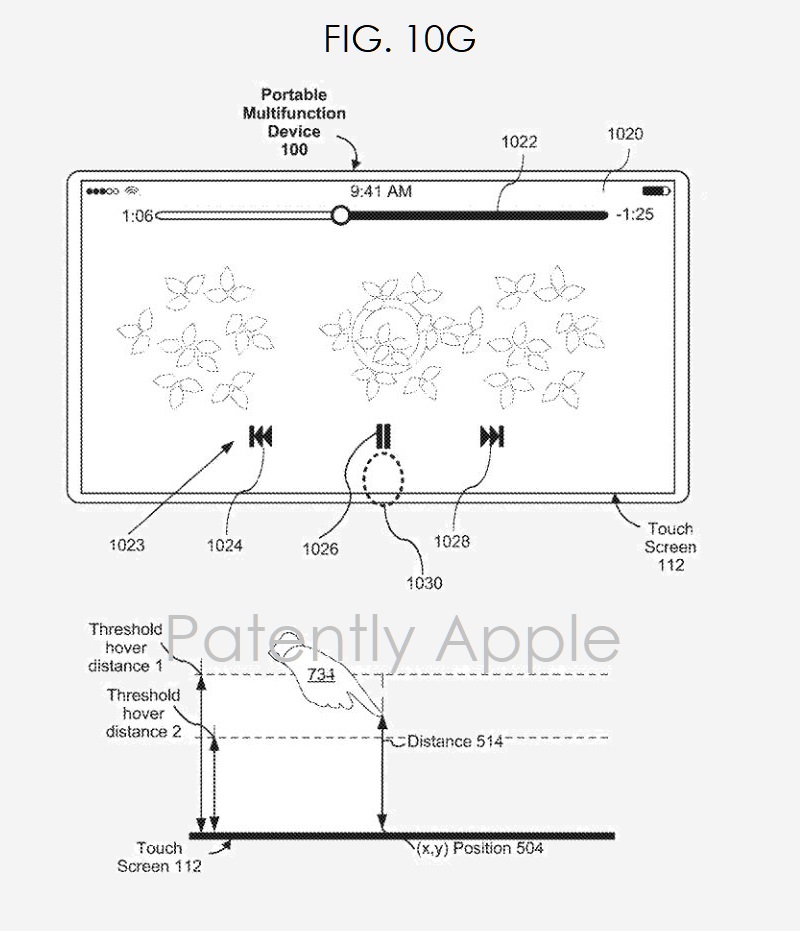 Apple later states that in some embodiments, the device, such as an iPad, generates an audio output to indicate that Apple Pencil has made initial contact with the touch-sensitive surface. The audio feedback enhances the visual feedback to alert the user that object has exited the hover state and entered the contact state, and the user interface behavior will be different in the contact state, as compared to the hover state.

Apple states that proximity-based inputs also referred to as hover gestures or hover controls will primarily work with future versions of the iPhone, iPad and iPod Touch.

Apple of course doesn't limit any invention and so Apple notes that hover controls could also one day work with displays on an iMac, MacBook, a MacBook Trackpad, and work with accessories like a Magic Keyboard and/or Magic Trackpad.

In-Air gestures count as a hover gesture in the patent. Apple states that "The same concepts apply in an analogous manner to other types of gestures. For example, a swipe gesture, a pinch gesture, a depinch gesture, and/or a long press gesture are optionally detected based on the satisfaction of criteria that are either independent of intensities of contacts included in the gesture, or do not require that contact(s) that perform the gesture reach intensity thresholds in order to be recognized.

Although Apple began working on the hover control project eleven years ago, today's granted patent would have to be considered, what I call, a master patent wherein the inventors go through dozens of scenarios of how Hover controls will work with finger or Apple Pencil. You could spend a day or two just by drilling down into their hundred or more patent figures looking for every little nuance.

With Apple reviving their attention on this project and extending it to Apple Pencil, you have to wonder if this project is closer to a point of bringing it to market.

Hover controls will also include in-air gestures and this is likely something that could be coming to a future iPhone using Apple's depth camera / TrueDepth camera.

In fact, Patently Apple covered this in a March report titled "Apple Patent Covers In-Air Gesturing for Macs & iDevices as Google, Samsung and Microsoft race to bring this to Market. Sony has a new 3D camera that will be coming to Android phones later this year and so it may be time for Apple's many patents on this subject to come to life. 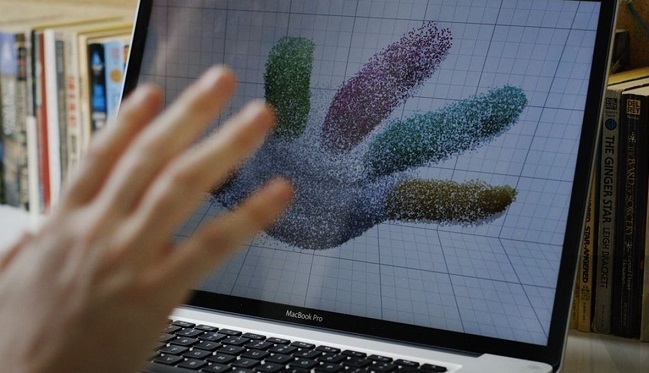 Android phones had hover controls going back to at least 2013 and many of the most recent reviews of this feature on YouTube actually date back 5 years ago. It's probably a dead feature and why Apple has kept pushing this project forward until such a feature could make sense and add value to Apple products.

Apple's granted patent 10,318,034 was originally filed in Q3 2017 and published today by the US Patent and Trademark Office. To review this monster of a patent click here.

Jeffrey Traer Bernstein: Design Director at Apple. Jeffrey notes in his bio that he leads the design + prototyping team in Human Interface Devices.