On Friday the Hong Kong Patent and Trademark office granted Apple two design patents for Apple Store shelving. Earlier in the month the Canadian Trademark Office issued Apple a registered trademark TMA1023538 for their figurative Apple Music UP NEXT trademark as presented in our cover graphic above.

For trademarks, Canada has adopted the "Nice Classification System." Apple filed their trademark in Canada under Nice Classes 38 & 41:

As for Apple Music UP NEXT in the U.S., Patently Apple covered Apple's trademark filing on October 21, 2017. Apple's trademark became a registered trademark in the U.S. on November 13, 2018 under number 5,604,598. It was filed under International Class 41 which carries the same verbiage from Apple as the Nice Class 41 presented above.

Apple was granted a second registered trademark for this trademark under number 5,604,594 to cover Class 38 which covers verbiage close to the Nice Class 41 presented above.

Apple was also granted two Apple Store Design Patents for Shelving Units in Hong Kong on Friday under numbers 1802333.7M001 and 1802333.7M002 that are presented below. 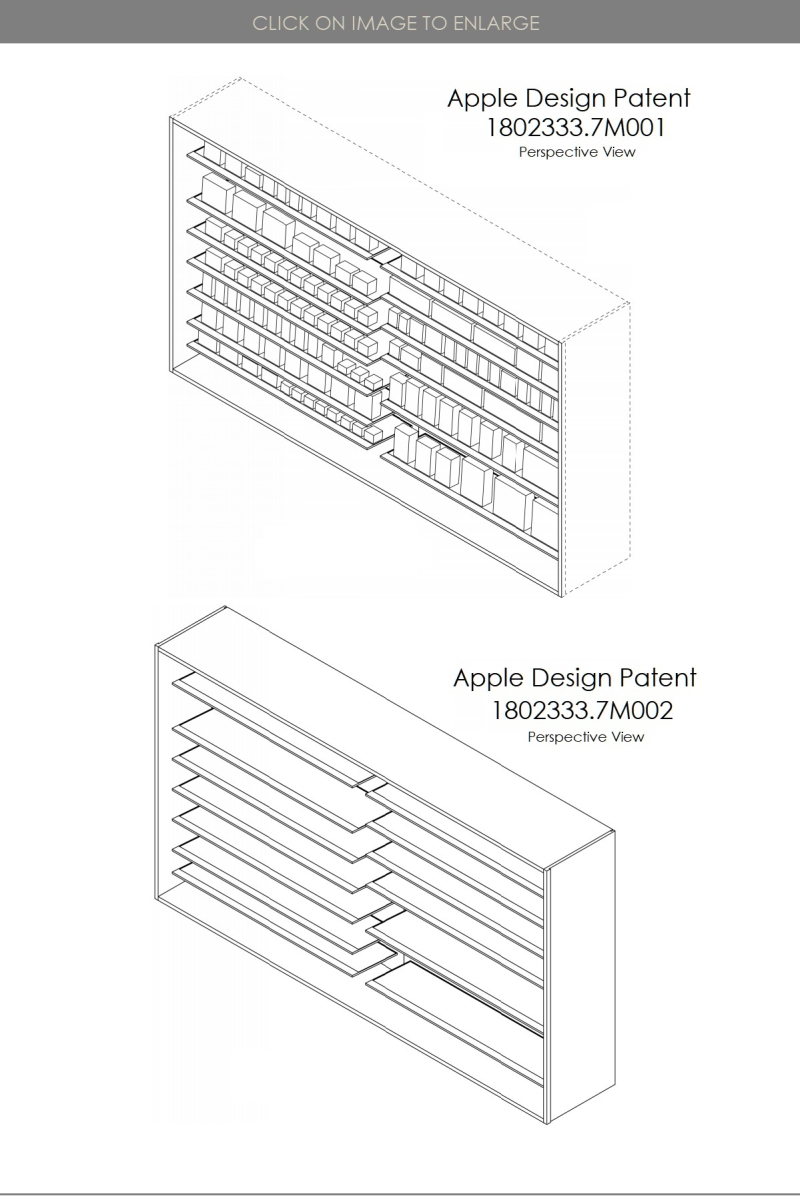 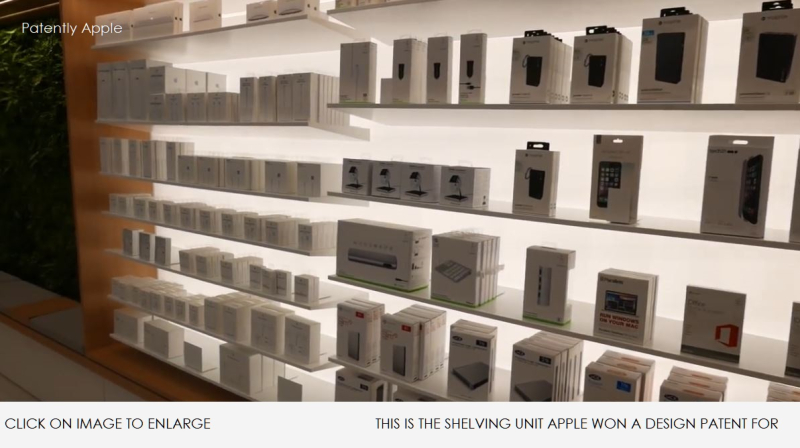 One of the Hong Kong Registered Design Patent forms 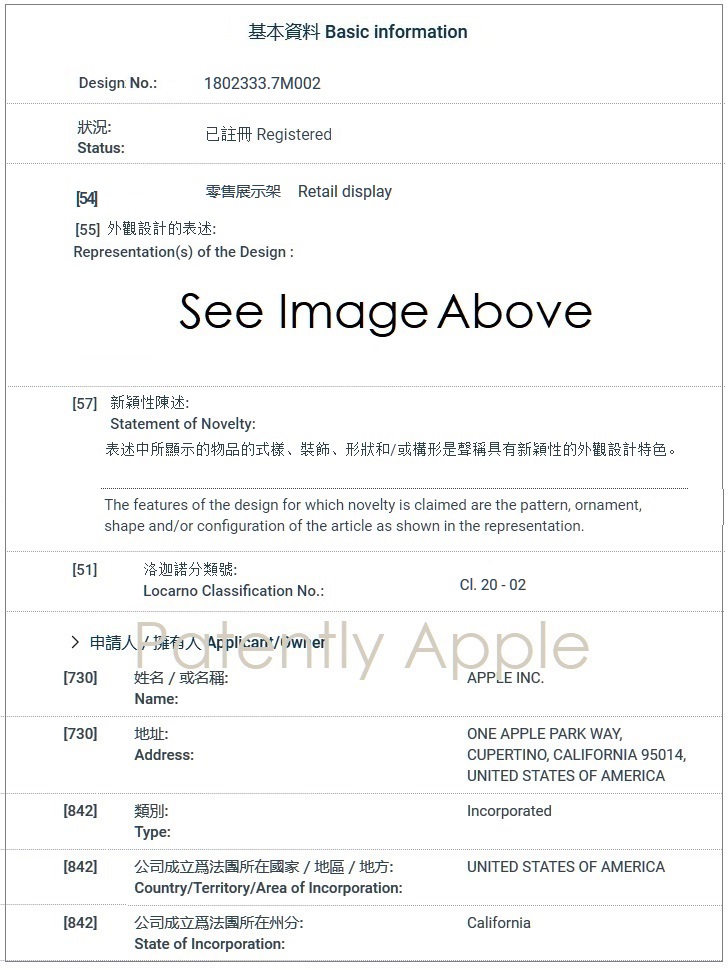 The Design Patents were both filed under Locarno Class 20-02 covering "Display and Sales Equipment."