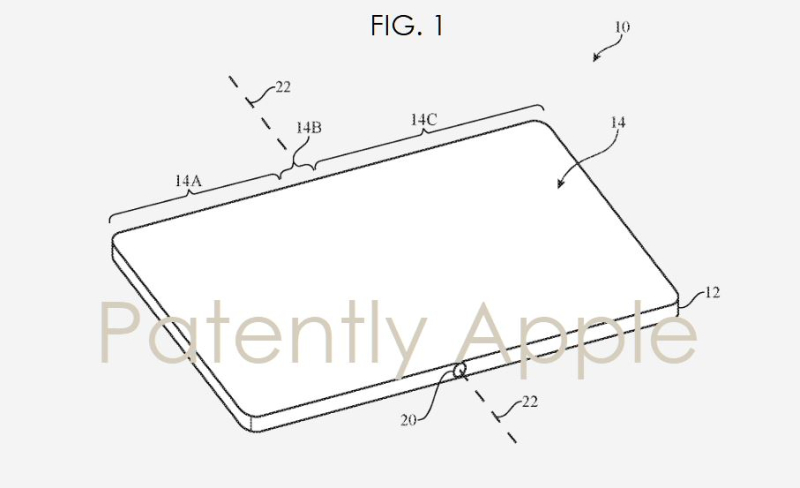 In February of this year another new patent application from Apple was published by USPTO describing another facet of a future foldable device. More specifically, it covered a method of keeping the fold area from cracking over time. In the last two weeks Apple has been granted two patents relating to foldable devices that you could review here and here. When thinking of foldable device from Apple, the tendency it to think of a folding smartphone first and foremost. Yet Apple's patents have always listed other foldable candidates such as an iPad (tablets) or a MacBook (laptop computer), as they did once again in the February patent application. In some ways, a foldable iPad Pro would actually make more sense than a folding iPhone.

Recently I posted a report on lenovo's hybrid device (folding tablet and mini notebook) that included a video and and a series of photos. And yet for some reason, a new video review of Lenovo's prototype from Unbox Therapy today (as hokey as it is at times) seemed to cement the idea in my head that this could be a nice new category for the iPad Pro. 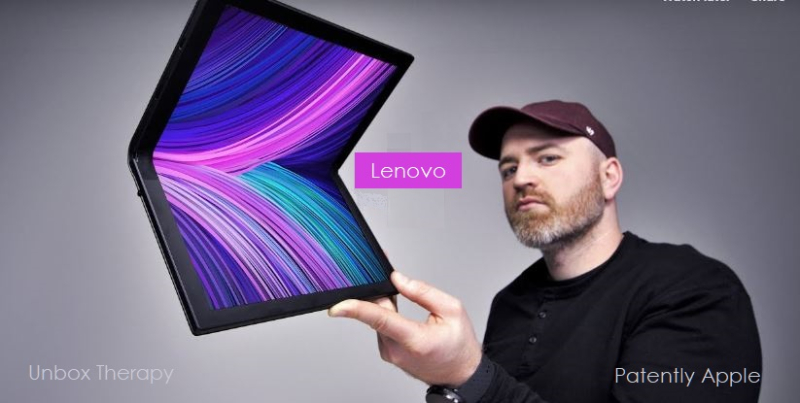 Of course until the Lenovo device is out in stores for consumers to try out, it's difficult to know if this hybrid device will go beyond being a curious novelty. Yet, the concept seems to create a nice new niche for those who will want to play Apple Arcade or Google Stadia games or watch a show on Apple TV+ on a larger display and yet be able to use the device for all infotainment needs including its word processor and more. It's new form factor is the key.

For myself, my main computer is a desktop. I'd love to own a notebook but I can't justify the price for what I would use it for after work. I currently use my iPhone XR as my infotainment device, though I'd prefer something a little larger like the Lenovo prototype.

Maybe it's just me, but there's just something about this new form factor that I find appealing. So it's great to see Apple's various engineering teams continue their work on this new form factor while trying to overcome some of the current problems associated with a foldable device.

I think that Apple's Marzipan would be a nice fit on such a foldable hybrid device that is part iPad and part MacBook mini. Lenovo is going to use Windows 10 on their device and some of Intel's Athena form factor and mechanics.

Apple's new iPadOS that will offer a full version of Safari and more will begin to blur the line with macOS further. I sold my iPad two years ago because I couldn't even log into Patently Apple if I wanted to edit a report. It was a real disappointment. So it's nice to see Apple finally making that move to the full version of Safari for the iPad Pro.

While the attention is currently on the Lenovo device, other competitors like Dell, HP, Asus and Samsung are likely to be joining Intel's Athena bandwagon by next Christmas. So it would be nice to see an Apple hybrid come to market. Yet knowing Apple, they'll play a wait and see game before pulling the trigger.

Check out the video report above and send in your comments below and tell us what you think about such a foldable hybrid device.

For those not familiar with Apple's extensive work on foldable devices, check out our foldable display archive here.