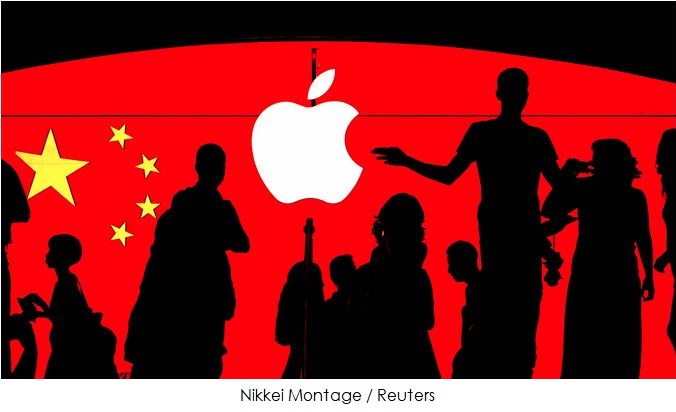 Last week Patently Apple posted a report titled "Apple Sends an Indirect Message to Wall Street that iPhones can be made outside of China if the US-China Trade War Escalates." Today, a Nikkei report claims that Apple has asked its major suppliers to evaluate the cost implications of shifting 15% to 30% of their production capacity from China to Southeast Asia as it prepares for a fundamental restructuring of its supply chain, Nikkei Asian Review has learned.

Apple's request was triggered by the protracted trade tensions between Washington and Beijing, but multiple sources say that even if the spat is resolved there will be no turning back. Apple has decided the risks of relying so heavily on manufacturing in China, as it has done for decades, are too great and even rising, several people told Nikkei.

"A lower birthrate, higher labor costs and the risk of overly centralizing its production in one country. These adverse factors are not going anywhere," said one executive with knowledge of the situation. "With or without the final round of the $300 billion tariff, Apple is following the big trend [to diversify production]," giving itself more flexibility, the person added.

China has been the production base on which Apple's global success has been built over the past two decades. The country has not only been able to rally hundreds of thousands of skilled workers at short notice to fill rapidly rising orders as the company grew, but an extensive and complex ecosystem of components, logistics and talent has built up in and around Apple manufacturing sites.

Some 5 million Chinese jobs rely on Apple's presence in the country, including those of more than 1.8 million software and iOS App developers, according to a study available on the company's website. Apple itself employs 10,000 staff in China, the company said. 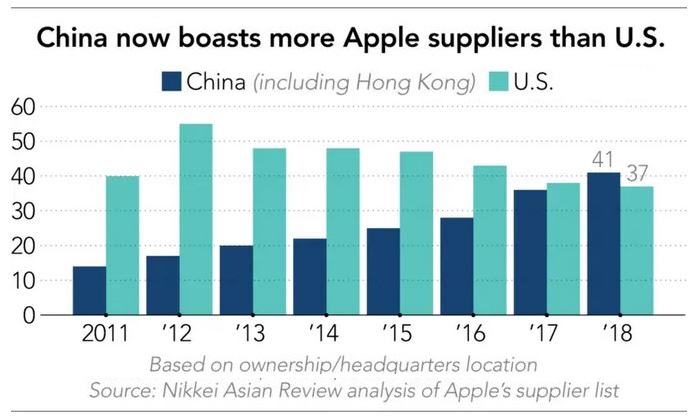 Suppliers admit that replicating this network elsewhere will take time, and China is likely to remain Apple's most important manufacturing base for the foreseeable future. "It's really a long-term effort and might see some results two or three years from now," said one supplier. "It's painful and difficult, but that's something we have to deal with.

Key iPhone assemblers Foxconn, Pegatron, Wistron, major MacBook maker Quanta Computer, iPad maker, Compal Electronics, and AirPods makers Inventec, Luxshare-ICT and Goertek all have been asked to evaluate options outside of China, multiple sources say. Many other Apple suppliers such as print circuit board and casing providers are closely monitoring where these major assemblers would shift their production.

Patently Apple reported back in October 2018 that Goer was moving production of AirPods out of China and into Vietnam. In December 2018 we followed up with a report titled "Apple Suppliers consider Plants in Vietnam as Trade War Tensions Rise & Huawei begins a boycott campaign against Apple." So the news of Apple suppliers considering a shift out of China has been in the making for some time now.

"We need to know where those big assemblers are heading to so that we can initiate our plan too," an executive at an Apple component supplier told Nikkei. 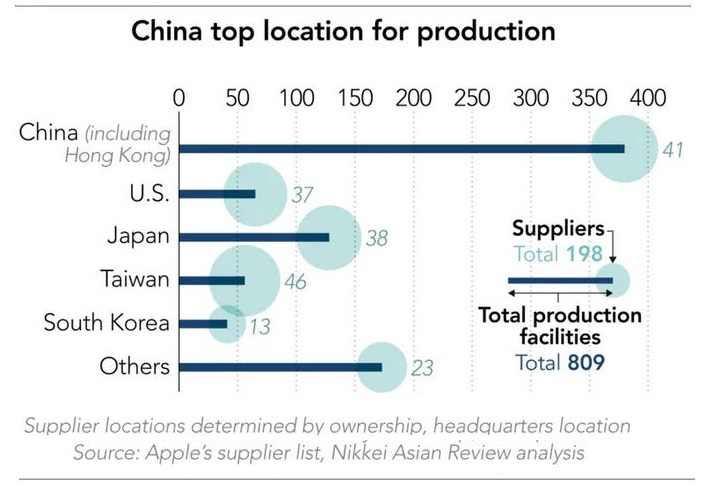 The countries being considered for diversification include Mexico, India, Vietnam, Indonesia and Malaysia. India and Vietnam are among the favorites for smartphone diversification, the people said, who asked for anonymity as the discussions are private.

Apple has not set a deadline for the suppliers to finalize their business proposals. Both sides are working together to identify the most favorable incentives on offer and to review business environments outside of China. For more on this, read the full Nikkei Asian Review report here.