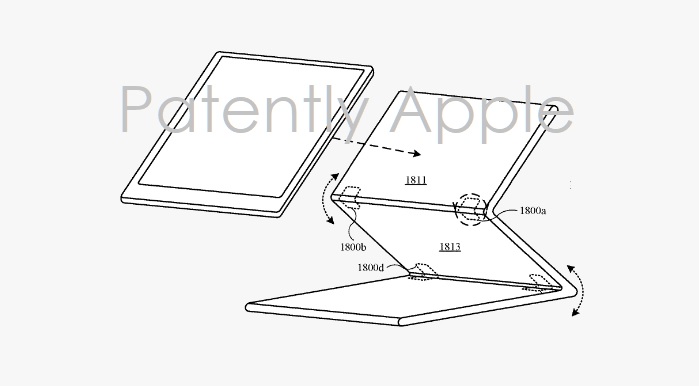 The U.S. Patent and Trademark Office officially published a series of 34 newly granted patents for Apple Inc. today. In this particular report we cover three granted patents. The first granted patent is titled "Hinge assembly with layered friction elements" which covers a next-gen hinge system for both a next generation MacBook and the iPad Pro's Smart Keyboard Folio. 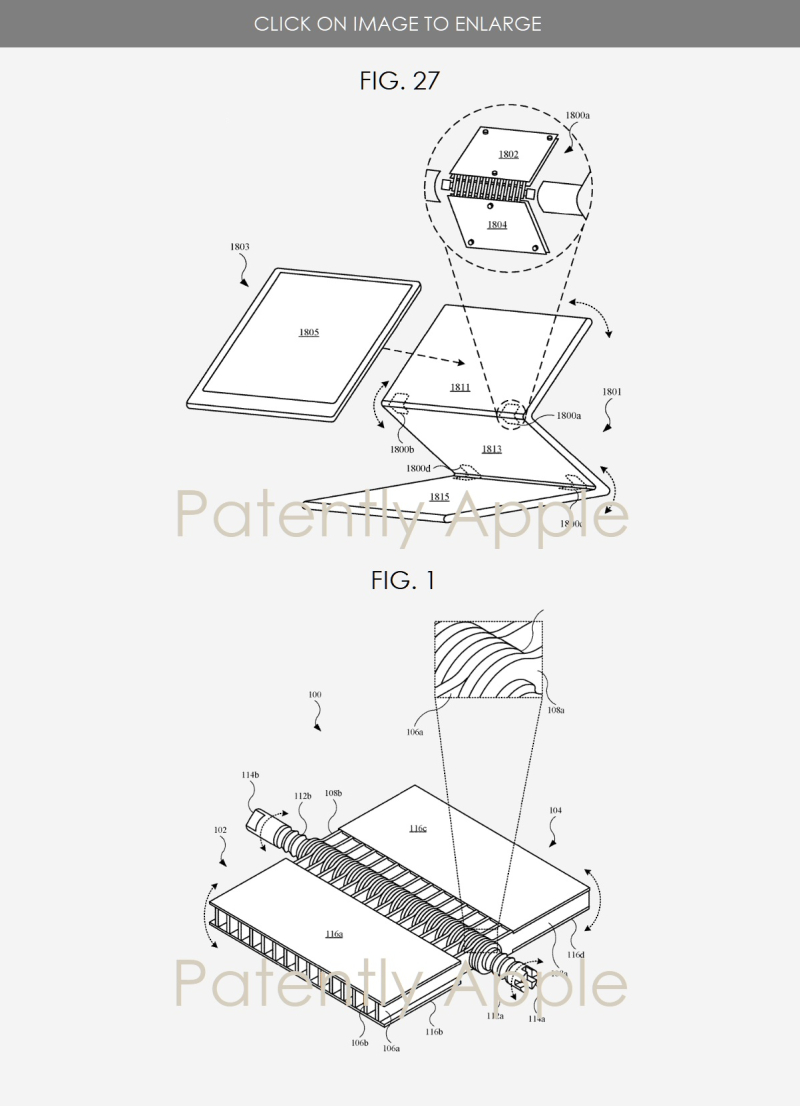 If Apple is to adopt this hinge system for the Smart Keyboard Folio, then it would have to be constructed with a different material beyond cardboard to secure and hold the metal hinge.

Apple's granted patent 10,324,501 was originally filed in July 2018 and published today by the US Patent and Trademark Office.

With all the buzz surrounding foldable devices this year, my first glance at Apple's patent figure 27 made me think the patent was for a tri-fold iPad Pro. Maybe next time (ha!).

On May 31 Patently Apple posted a report about the latest Memoji developments titled "A 'Memoji' Patent from Apple was published this week with new Protection for the 'Messages' App for Creating Memoji." Today Apple was granted a pair of patents covering Memoji titled "Avatar creation user interface" under numbers   10,325,416 and 10,325,417. FIG. 6AH below is an illustration of one exemplary user interface for navigating among avatars in an application. 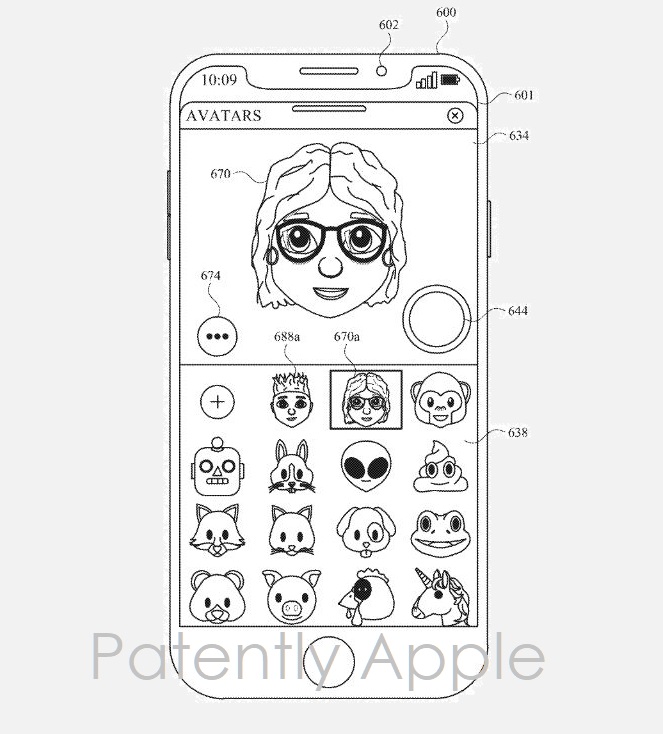