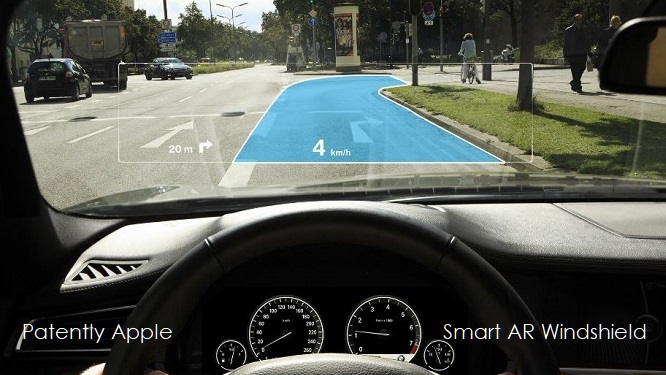 Today the US Patent & Trademark Office (USPTO) published a number of continuous patents which allow Apple to add new invention claims as Apple continues to work to bring a product to market. While there are many continuation patents published every week, Patently Apple only covers those that are part of higher profile inventions that have a chance of coming to market over time. Today's report covers continuation patents for smart fabrics and Augmented Reality that will be used on AR Glasses 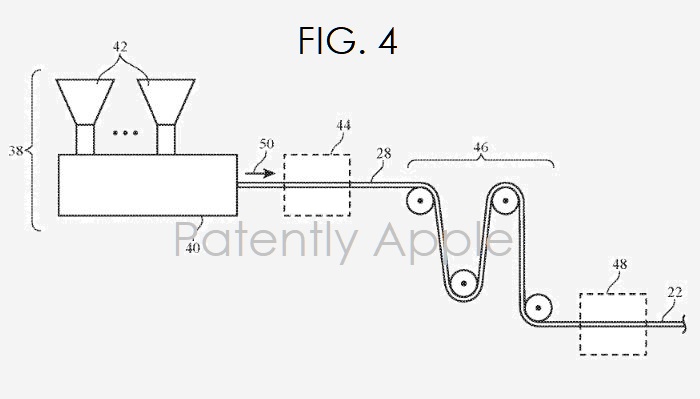 In March 2019 Apple was granted a patent for "Conductive Strands for Fabric-Based Items." Today, USPTO published continuation patent 20190191557 that provides an alternative fabric make up to their granted patents.

In the March Patent, Apple's invention focused on "A conductive strand for carrying signals within a fabric, comprising: an elongated polymer core with recesses."

A conductive strand for carrying signals within a fabric, comprising: an elongated polymer core with recesses;

The patent defines "a fabric-based item" as a wrist arm or head band.

Representing a Virtual Object in a Real Environment

The invention is part of Apple's AR tool foundation. During WWDC 2019's keynote starting at around the 1:59:25 mark of the keynote. Apple's Craig Federighi talked about advances to ARKit, RealityKit and Reality Composer. Merging 2D with 3D objects into one scene is the key and Apple's continuous patent 20190188915 advances Apple's invention.

Apple also updated attributes of "the system" under patent claims 11-15 that you could review in today's patent here.

During the WWDC keynote there was a lot of reaction to how seamless it looked to see a person walking around an AR environment. Accuracy is vital as Apple notes in patent point #0052 that their AR technology could one day be used in a "head-up display of a vehicle, whereby information is displayed to the driver before his eye by means of the windshield of the vehicle."

This technology was also covered in an August 2018 report titled "Apple Invents an Augmented Reality Windshield that will even Support FaceTime Calls between Different Vehicles."